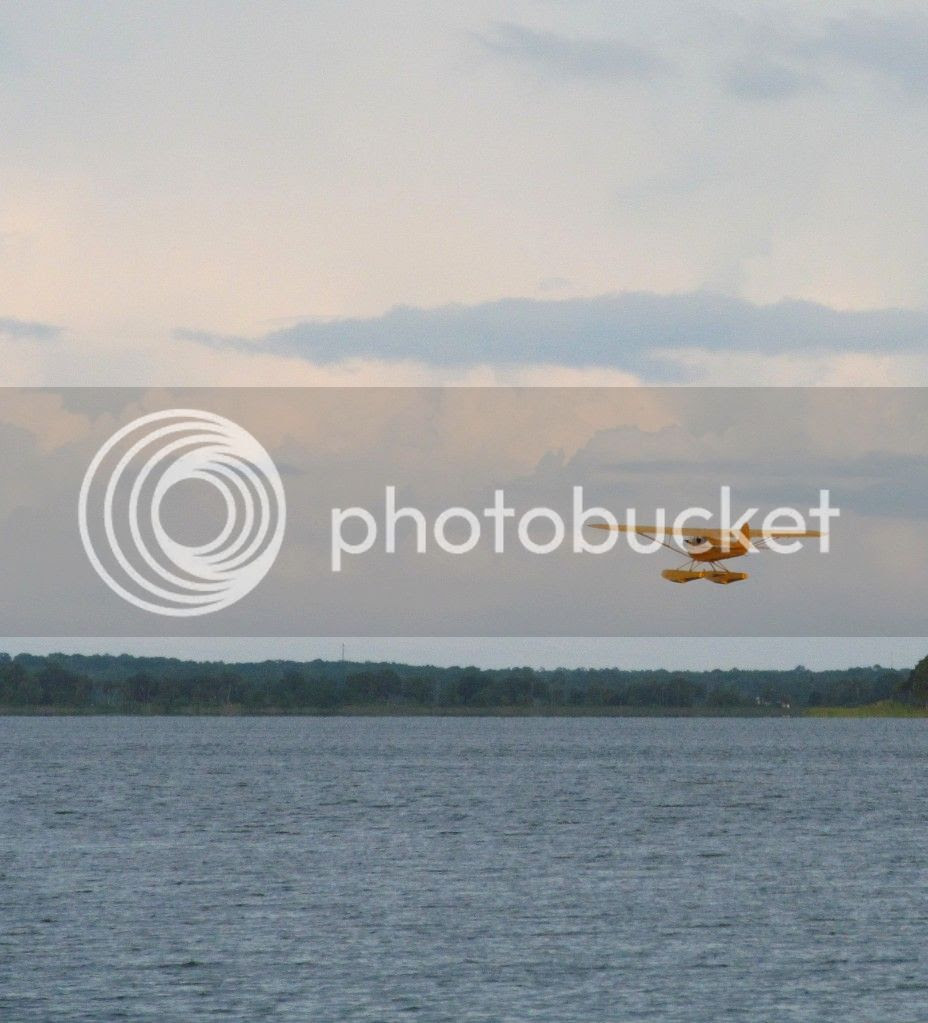 After dinner tonight we went down by the water to take a walk and get some fresh air. I managed to take this shot of a seaplane taking off, but I fumbled with the buttons trying to zoom in and get more details, and by the time I had the camera ready the plane was gone.

No one else on the dock seemed to be watching the plane; the half-dozen people there with us were hanging over the railing looking at something in the water. They were all smiling, too, which I thought was a little strange. My kid joined them and started making those "Aw, isn't it cute?" noises; which made me think there was a duck or maybe even a puppy under the dock. Earlier we'd run into a nice guy who was carting around a wagon with three golden lab puppies that he was trying to sell, something I had to drag my kid away from before we ended up with another pet.

I got to the railing and looked over, and to my surprise, this is who everyone was cooing over: 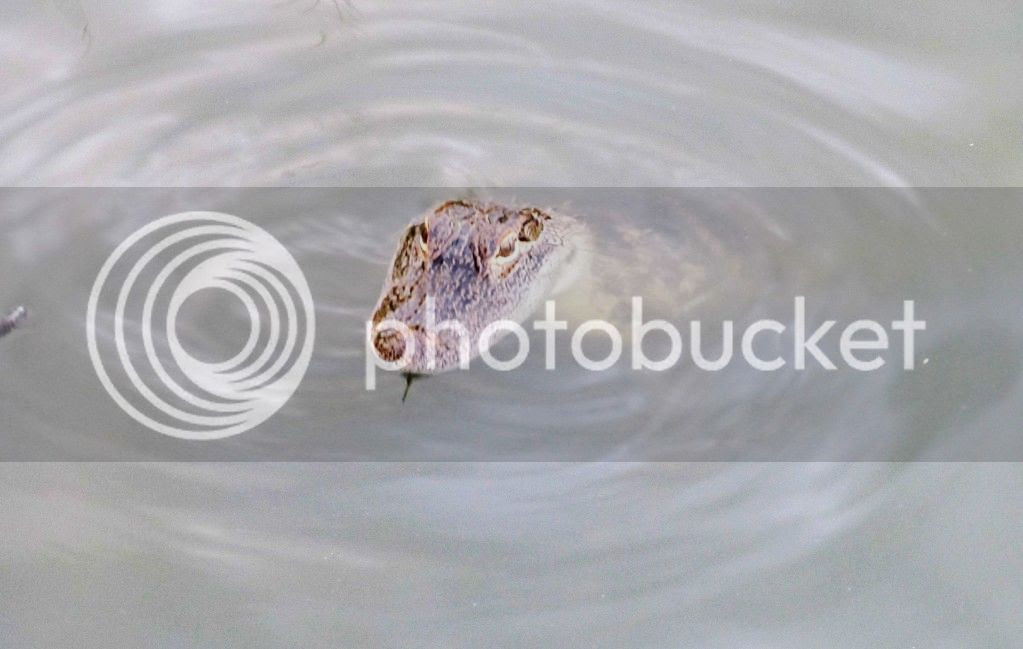 I suppose to someone who didn't grow up by the Everglades he does look cute. To me he looks like a gator, which ranks very high on my don't-fool-with list, right up there with rattlesnakes, yellow jackets and brown recluse spiders.

I think people don't know how deceptively small a gator can look when it's in the water. Mostly you see the eyes poking up, a bit of its snout and that's all -- but that's not all there is to the gator. You might see this: 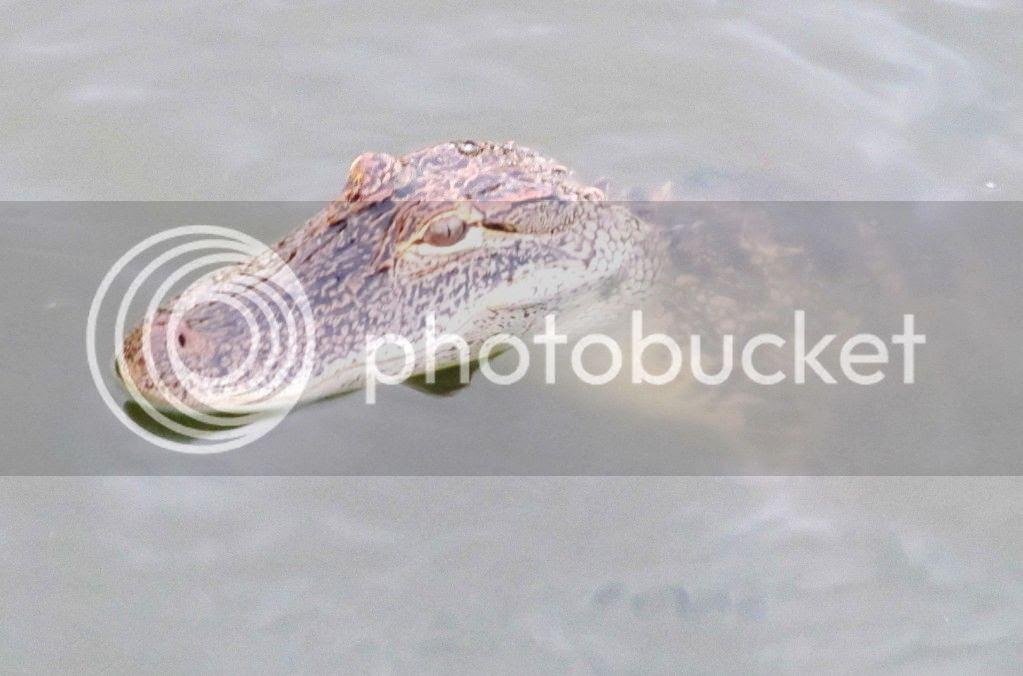 But what you're really looking at is just the tip of this:

Gators in the water aren't that much different from icebergs; what you don't see can be a lot bigger than you'd ever imagine (and I apologize for the poor quality of that last pic; not only was Mr. Popularity big, like all gators he was also really fast.) Here's something else: I was the only one who saw the gator full-length; after a couple of minutes everyone else got bored looking at his cute little head and wandered off the dock.

Sometimes when you're honing an element of story, whether it be a character or a plot or even a setting, the need for clarity often demands tight focus: here is Protagonist Guy, what he looks like, what he wants, and what his problems are. Like the gator, we see all the attractive/sympathetic/exciting bits upfront. As writers we want that; to immediately engage the reader's attention is one of the most important aspects of the work.

But once you've got them hanging over the railing, is this all they're going to see? If you haven't gone deeper with your character (or any of your other story elements), and developed them to be more than what the reader initially encounters, how are you going to sustain interest? Remember, as with the gator, all that upfront cuteness only goes so far.
Posted by the author at 12:00 AM