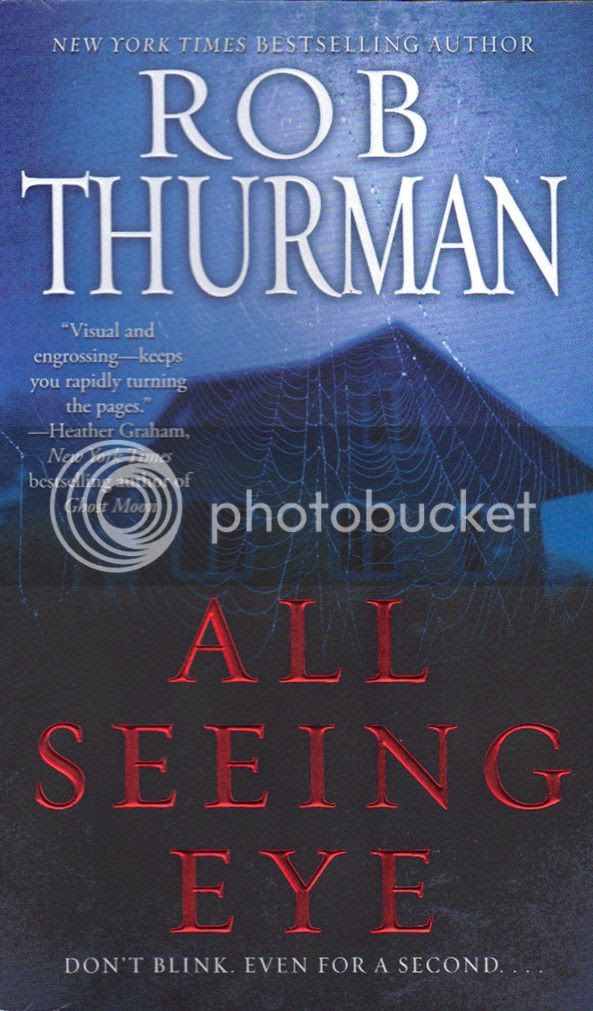 The question is not what you look at, but what you see. -- Henry David Thoreau

Yesterday while I was at the grocery store I detoured from my quest for some decent ripe apricots to take a walk down the book/card/magazine aisle. I can't help it; I can't be somewhere they sell books and not check out the shelves. Also my market always seems to carry at least one or two new releases that I missed because I didn't get to the bookstore that week, or I didn't spot them on my last trip. I've been insanely busy with family and work stuff since coming back from Savannah, so my most recent bookstore trips have been mad grab-and-dash stops.

I scanned the racks but didn't see anything new, and was just about to head back to produce when I spotted two words that promised to wreck my plans to sew that night: Rob Thurman.

Yes, it seems that while I was out of town, Rob Thurman released a new novel, All Seeing Eye. This isn't the first time this has happened, either. I swear, if I were paranoid I'd believe she deliberately plans it when she talks to her editor about scheduling: Is Viehl is going to be out of town at the end of July? Okay, I want the release that week.

Naturally All Seeing Eye came home with me and the apricots. And since I can't have a new Rob Thurman release in the house and not read it, I put away the sewing and carried a kitchen timer around with me so I wouldn't burn dinner while I dove in.

In All Seeing Eye Rob introduces us to a new protagonist, Jackson Lee, a poor kid with a hardworking mom, two adorable little sisters and the Stepfather from Hell. Jack doesn't have much, but he wants more, and better, for his family, and he's willing to work for it. Fate steps in one day to give him one-half of what he wishes for when he discovers one of his sister's shoes in the grass, and his own tactile psychic power the moment he touches it. That day changes Jackson's life forever, and while he's given an tremendous gift, almost everything else he cares about is taken from him in the most horrific fashion imaginable . . . and that's just the beginning.

Despite the timer, All Seeing Eye nearly did make me burn dinner, because (like all of Rob's books) once I started reading it I couldn't put it down. As stories go this one is particularly nightmare dark, switchblade-edged, with characters and a storyline so compelling you should expect not to be able to set it aside until you reach the stunning conclusion -- and then it will probably haunt you until I go out of town again and Rob releases a new book.

As always, you don't have to take my word for it. In comments to this post, name the last book you read that impressed the hell out of you (or if you can't think of one, just toss your name in the hat) by midnight EST on Monday, August 20, 2012. I'll choose five names at random from everyone who participates, and send the winners an unsigned copy of All Seeing Eye by Rob Thurman. This giveaway is open to everyone on the planet, even if you've won something at PBW in the past.
Posted by the author at 5:32 AM