If you don't change you stagnate, so this month I'm going to shake things up a bit and try out some new things on the blog. I thought I'd kick off my new direction by featuring interviews with the three types of authors publishing these days. Since I'm also lazy, I decided to corner one writer I've known almost my entire career, who currently wears all three hats: our blogpal Shiloh Walker, who is now also publishing as J.C. Daniels. 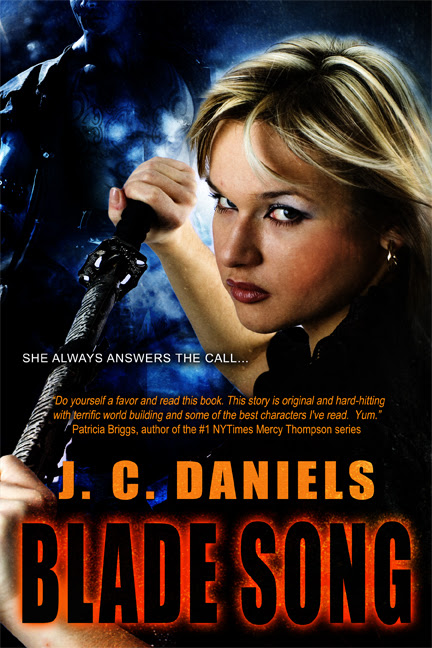 You can call me the same thing I told my agent I was . . . I am a hyped-up bunny on speed. I told people I write a lot. I mean, I think they know. But . . . well. I write so much I needed another persona to handle it all.

What’s it like, juggling all three of those hats – besides smart, I mean?

I get dizzy. I get very dizzy. One of these days, I’m going to forget who and what I am, because I’m so busy spinning in circles.

Why did you decide on J.C. as the initials for your new pseudonym? For example, were you watching Jackie Chan or John Cena?

Heh. Neither. I was watching the three miniatures who rule my life. It’s a play off the names of my three kids, not their names, per se . . . but similar.

Everyone who sees this cover art will want to steal your designer. So who’s responsible, and what was it like working with the cover artist on the look?

That would be Angela Waters, of Angela Waters Art, and the woman is a fricking genius. I tell her roughly what the story is about, the feel I want, and character descriptions and she comes back with a rough cover. The first one, on this one, wasn’t precisely right, because I had very clear idea in my head who the guy in the background needed to look like. So we hammered that out until I had exactly what you see on the final cover. Angie and I have been working together for a while, and she knows me, knows what I like, but I’ve never seen a bad cover from her. Plus? She’s very affordable.

Tell us in twenty-five words or less why we should invest in Blade Song – and to add a little challenge, don’t use any adjectives.

Simple. I wrote the book in a week. It ate my brain. I want it to consume others the way it consumed me.

Should we expect Blade Song to be a standalone or the first of a duology, a trilogy, or a series? Also, if there’s a second book, what’s the title and when will it be available?

I’m hoping it will be the first in a series. But as with most self-published works, a lot of it depends on how well this one goes. If it goes well, I plan on releasing the next book in early 2012, I think. That book is titled Night Blade.

Where can we buy Blade Song, what formats is it available in, and because we’re lazy can you give us some links?

It’s available just about every place ebooks are sold for now, although print is coming. (Look for that in another month-ish). Right now, it’s ebook . . . on Kindle, Nook, iBooks, and most other e-devices . . .here are the major sites.

Besides . . .selling the next idea? Um, selling. That’s it, in a nutshell, I guess. I’m still at that point in my career where I’m waiting for that . . . thing that will give me a little more security. So I don’t have to panic every time I turn in a proposal. I had to end a few series lately, not because I wanted to, but because they weren’t selling well and publishers don’t like that. So . . . selling the next idea. Hoping publishers will like it. Hoping readers are going to support you. Hoping the stress of it all doesn’t interfere with the creative process, because if that happens? It doesn’t matter if you sell the idea. If you can’t write the book? You’re screwed. Ah . . . Lynn? What were we thinking, getting into this business?

(Beats me, the interviewer mutters under her breath) Once you asked me (among other things) what was the one piece of advice I would give to a new writers. I’ve been waiting patiently for some payback, so what’s your answer to that question?

DON’T DO IT! (Just kidding). If you’re crazy enough to do it . . . be ready for the fact this isn’t a business for wimps. If you’re looking for easy money, if you thinking you’ve got the next E.L. James, the next Stephanie Meyer, the next J.K. Rowling manuscript on your hard drive, keep one thing in mind . . . for every mega success you hear about? There are thousands and thousands of writers out there who struggle for years and don’t see that success, or even a fraction of it—many of them can’t even quit their day jobs. I’m actually one of the lucky ones who can do it for a living and it’s still not easy for me. But don’t look at this business with stars in your eyes, and don’t think that selling a book suddenly makes it easier. The stresses and challenges are still there. They are just a different sort of stresses and challenges. 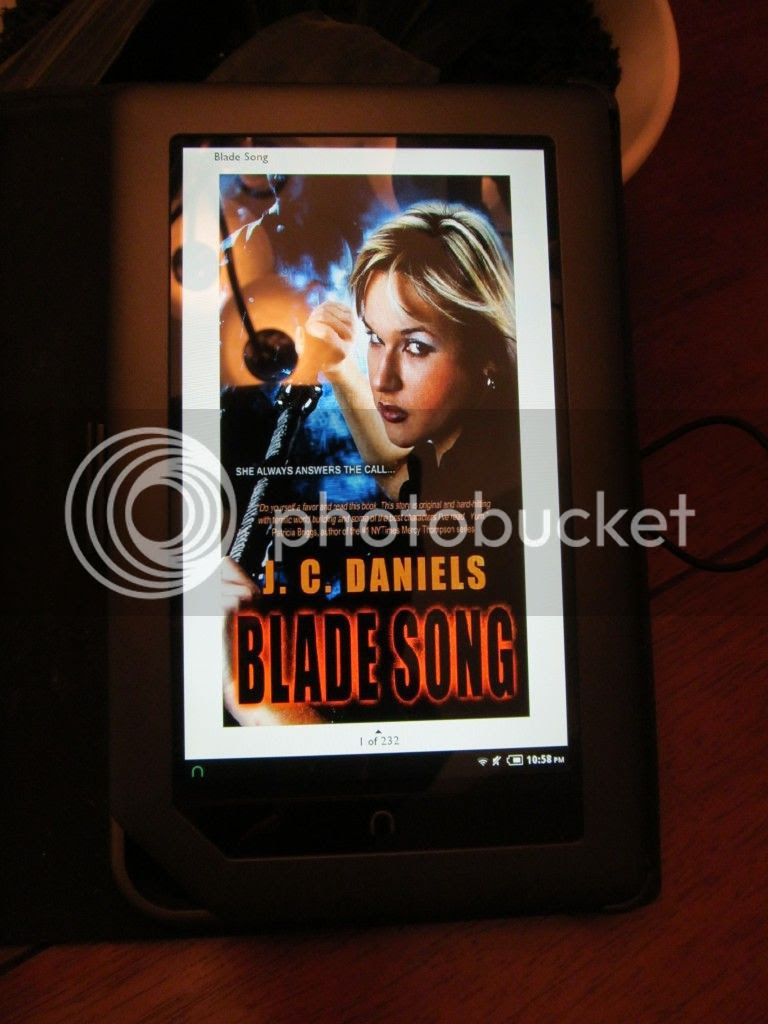 I have super secret time-bending powers, and because I don’t believe in all this Mayan end-of-the-world nonsense I’m going to open a window to 2015. When we spy on you through it, what will you be writing?

I’ll be sitting on the beach, sipping a mai-tai, writing my tell-all book about the industry . . . hmmm. That’s not coming together in my mind. Damn it. Okay. I’m probably putting together another romantic suspense trilogy. Because I’m good at those. If this UF thing goes well with Blade Song? I’ll be writing another book in that series, because it’s not just going to be over in three or four books . . . it’s not open-ended, but Kit’s got some, well, issues that need to be resolved. I’m not an organized thinker, so who knows? And . . . hmmm . . . that’s three years down the road? Wrapping the fairy tales I bastardize with my Grimm books and figuring out what I want to tear apart next.

Thanks for letting me interrogate you, Ms. Daniels. Now I'm off to read Blade Song, which I just downloaded on my Nook, and actually looks pretty fabulous . . .
Posted by the author at 12:00 AM