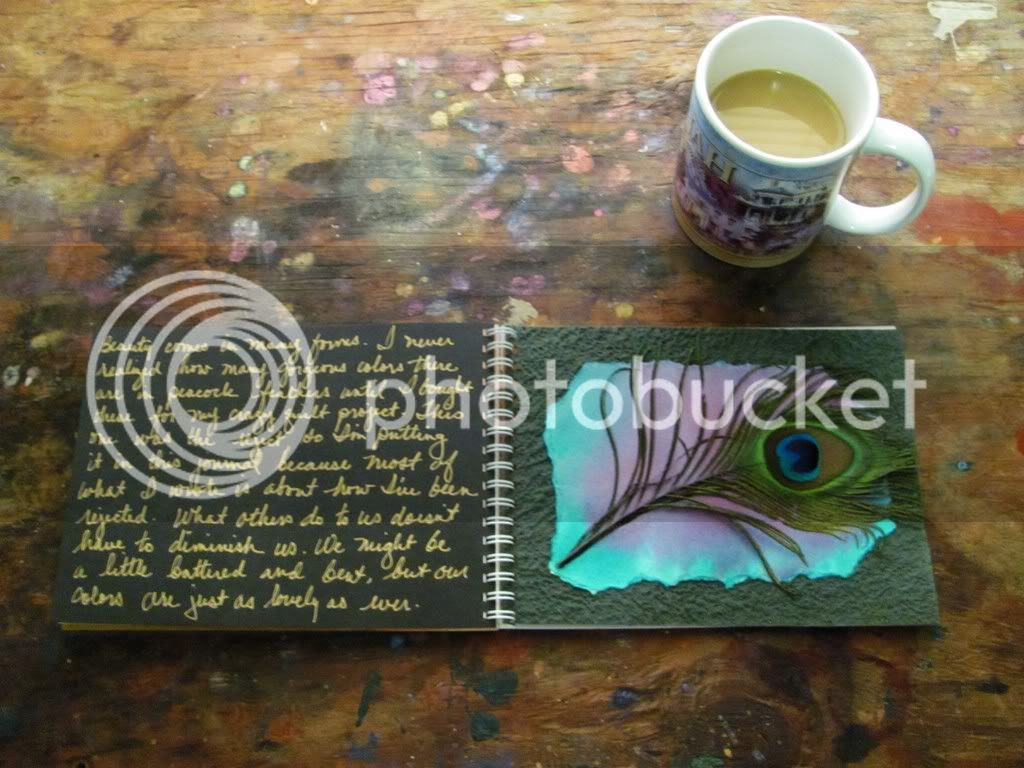 Toward the end of December I always catch myself thinking about what sort of year I've had. There are landmarks like my blog and my work backups that chronicle my writing journey, which is ever an interesting one. Often I count the number of personal art and writing journals I fill up in twelve months to measure how often I needed to retreat and work things out in private; I used twenty-three for 2010 (about average; a bad year can result in forty or more.)

In some ways it was a year of losses (something we're supposed to get used to as we get older, but I don't really see how one does that.) We lost another brother to cancer, and two more family members became gravely ill. We sent one kid off to university, and while that is exactly as it should be, it's been a difficult adjustment. I joined in NaNoWriMo, but losing my sweet boy Jak hit me very hard, and I didn't finish my November novel.

While I won't call it a loss, I finished StarDoc, the foundation series of my writing career, with the release of Dream Called Time in August. Not everyone was happy about the end of the series, but it was quite painful for me to let go, too. You won't find many midlist science fiction writers who are able to publish a ten-novel series; support from my loyal StarDoc readers gave me that privilege, for which I will always be grateful.

One of them more vile events of the year was when a reader alerted me to the fact that Scribd.com was using my work without my permission as part of their scam to swindle readers into paying for something I've provided for free for the last ten years. Even here on the blog I was ridiculed for going public with this information, but as it ultimately caused Scribd.com to back-pedal and allow their users to opt out of the scam, I think it was worth it.

On the upside of 2010, I wrote five novels, sold three more, moved into a new genre and will be writing new stories of the Darkyn, the bestselling series of my career. A generous reader turned one of my free e-books into an app; another created a beautiful and haunting video envisioning my characters. My German publisher has been producing a constant stream of gorgeous cover art for my work, and made the very first publishing video for my work. The cover art gods have also smiled upon a couple of my upcoming 2011 releases.

That, together with all the laughs, surprises and other bright spots helped keep me moving forward instead of wallowing in despair. Maybe the most valuable thing that 2010 taught me that there is always something to get you through, as long as you take the time to look for it, and appreciate it, and make it part of your daily life. PBW is one of those things, thanks to you guys.

I've gone through the archives, and here are what I think are the best posts from the blog for 2010:

January: Wordling Poetry, Ten Things That Indicate You and Your Story Should Part Ways, and Why God Must Be a Writer

February: Mash-O-Matic, Where's the Mothership?, The Backstory Cafe, and Is This Your Query?

March: Ten Things You Might Catch from Other Writers' Books, and Lady RaRa's Rules for Self-Promotion

April: Ten Holidays for Writers That We'd Like to See, Ten Things Writers Say About Their Books (and what they really mean), and Your Writing Horoscope

June: Ten Things You Will Not Find In Dreamveil, In Character, and Ten Things I've Resolved to Do

September: Six and a Half Weeks and Follow the White Rabbit

I thank you all for stopping in to talk shop, share the laughs and keep me motivated even in the darkest times. My wish for all of you in 2011 is that you move forward, try new things, and help each other when you can. Look for the light, and wherever you are in your writing, your career and/or your life, it will find you.
Posted by the author at 12:00 AM