The thought of making a New Year's resolution for 2011 has me once again waffling. I think change is good, but I resent having to decide and initiate the change by January 1st. I'm too tired after the Christmas holidays to work up the proper amount of enthusiasm; I'd be more receptive to something like a Valentine's Day Vow or maybe a Saint Patrick's Day Pledge.

Tradition keeps poking me, though, so I went over and rifled through the sidebar links over at The Generator Blog to find an online resolution-maker (because Gerard has a generator for everything) and of course I found one that led me here. This was the first thing the generator suggested: 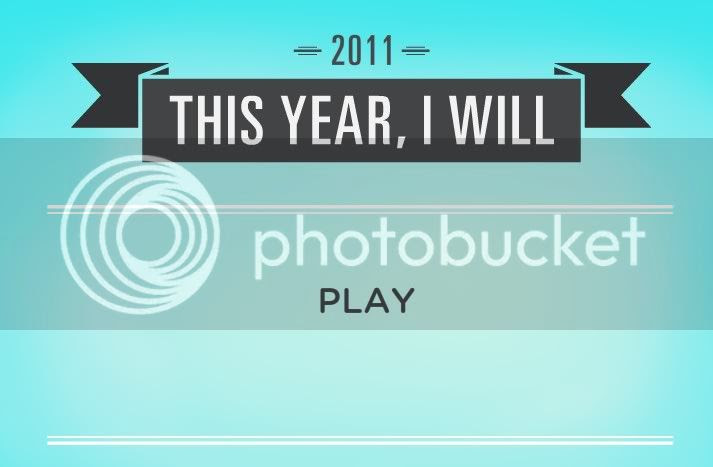 Seriously, I would like to take more time to play. I have another idea for a year-long virtual art project similar to PBWindow, but I don't know if I have the time or the nerve to attempt it. Have to brood on that a bit more. My work schedule is pretty packed, but I wouldn't mind experimenting again (I might save this impulse for NaNoWriMo 2011.) I'd also like to try something I've never done, like make a video for fun.

I've got a few more days to think about it, so that's probably what I'll do. How about you guys? Are you making a New Year's resolution, are you undecided, or are you going into 2011 unresolved?
Posted by the author at 12:16 AM