One reason I love the holidays is because it means I can go to the bookstore as often as I like. Browsing through the shelves to find books for family and friends is fun, and I can always find something to please even the pickiest reader. 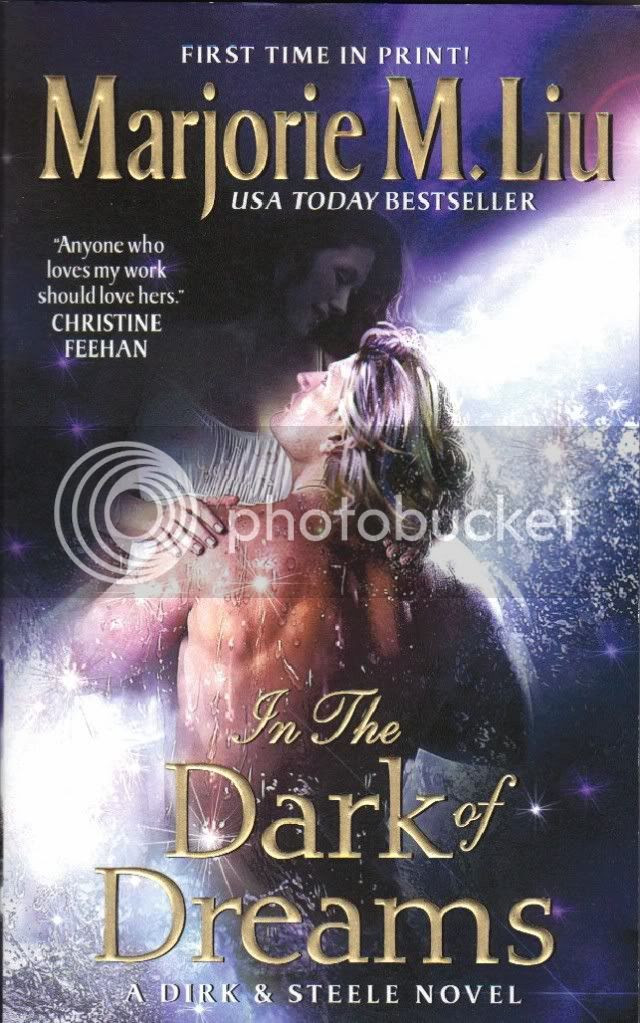 One book I'm giving this year to all the paranormal fantasy and romance lovers on my list is In the Dark of Dreams by Marjorie M. Liu. This newest Dirk and Steele novel tells the story of Jenny, a gifted paranormal researcher, who travels the world looking for the legendary merfolk, people who live in the sea, and Perrin, an outcast merman sent to live in exile on land.

Since meeting briefly as kids, Jenny and Perrin have had tough lives filled with betrayal, loneliness and brutality. All that sustained them through those grim years were their memories of each other and the dreams they share. When they find each other again you'd think they'd get a break, but no, fate isn't finished messing with them yet. What brings them together also threatens to rouse an ancient, slumbering monster capable of causing worldwide catastrophe and the death of millions -- unless Jenny and Perrin can avert disaster before becoming its first two victims.

This story was intense, and has all the fascinating characters, exquisitely detailed world-building and unique, heart-stopping conflict that Marjorie is known for. The great thing about the Dirk and Steele novels is how well they work as standalones, so new readers will enjoy In the Dark of Dreams as much as loyal followers of the series. 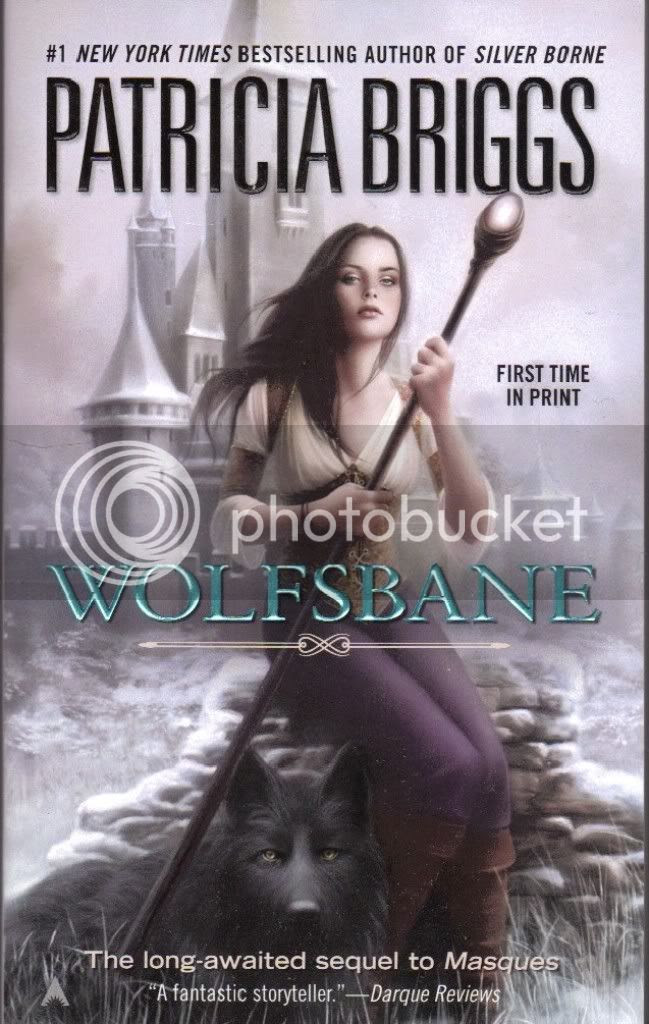 Patricia Briggs also has a new novel on the shelves, Wolfsbane, which is the second of her Sianim novels and the long-awaited sequel to Masques, a novel she wrote back at the beginning of her career. You'll see my quote on the reprint of Masques, which I am very happy Ace decided to reprint, as people keep asking to borrow my first edition (which I don't let anyone touch much less borrow because I think it's now worth more than my car.)

Aralorn, a shapeshifter who works as a spy, travels home to attend her father's funeral, only to find that he's not dead but held in a deathlike state by a spell that will soon kill him. To save his life she must enlist the help of her magic-scarred companion, Wolf, who was the son of the most powerful and evil mage in their world. To avoid spoilers for Masques that's all I can say about the plot, but from there it gets very interesting and twisty.

If you have someone on your list who enjoys adventurous romantic fantasy (ala Patricia's The Hob's Bargain), then Wolfsbane is the right book for them. I am going to recommend getting both books for readers who are new to Patricia's early works, not because the Sianim books have to be read together, but because once they read one story about Aralorn and Wolf, they're going to want the other one.

As always, you don't have to take my word for it. In comments, name the title of a book you're giving as a gift this year (or if you're not playing novel Santa, just toss your name in the hat) by midnight EST on Thursday, December 16th, 2010. I'll draw five names at random from everyone who participates and send the winners unsigned copies of In the Dark of Dreams by Marjorie M. Liu and Wolfsbane by Patricia Briggs. This giveaway is open to everyone on the planet, even if you've won something here at PBW in the past.
Posted by the author at 12:36 AM