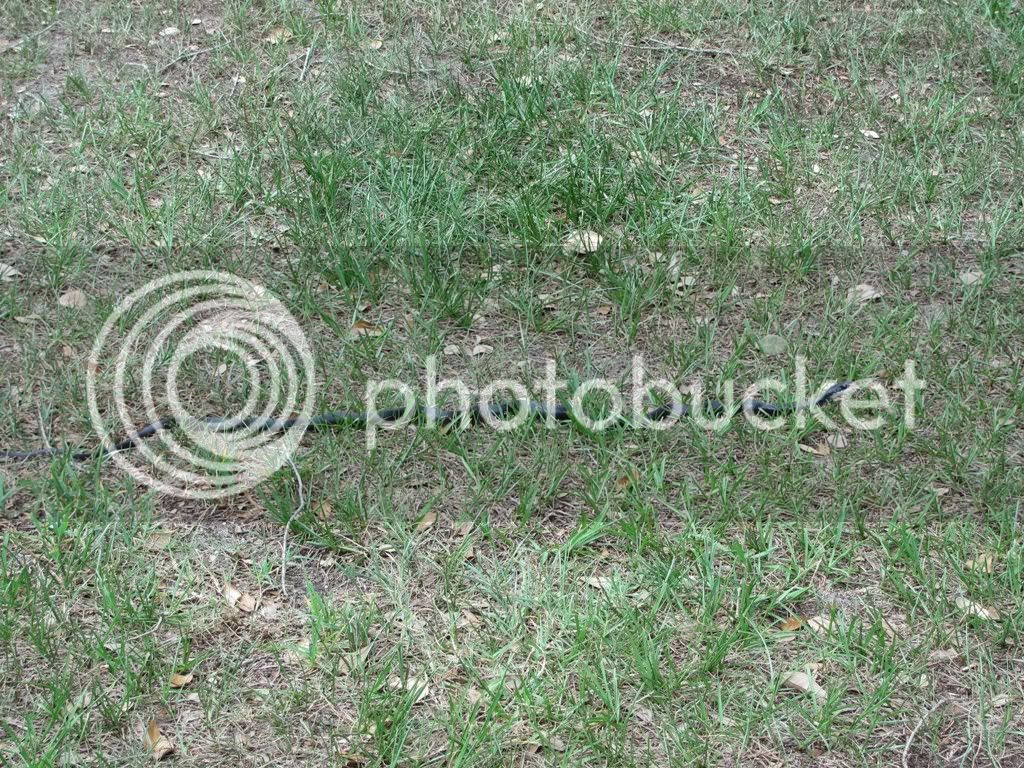 I was getting ready to walk the pups the other day when I spotted what at first glance I guessed to be a long twig in the grass under our big oak tree. Black oak tree twigs are gray, not black, though, and none of them grow perfectly straight. As I walked toward the black straight twig it slithered toward me, which confirmed my second guess: it was a snake.

Despite their bad reputation (or maybe because of it) I love snakes. They're elegant, aloof and mysterious, and when treated with caution and respect can be a delight to observe. They're also quite useful and helpful critters, especially when it comes to keeping the local rodent population under control and cleaning up the remains of other critters who have gone on to their reward. 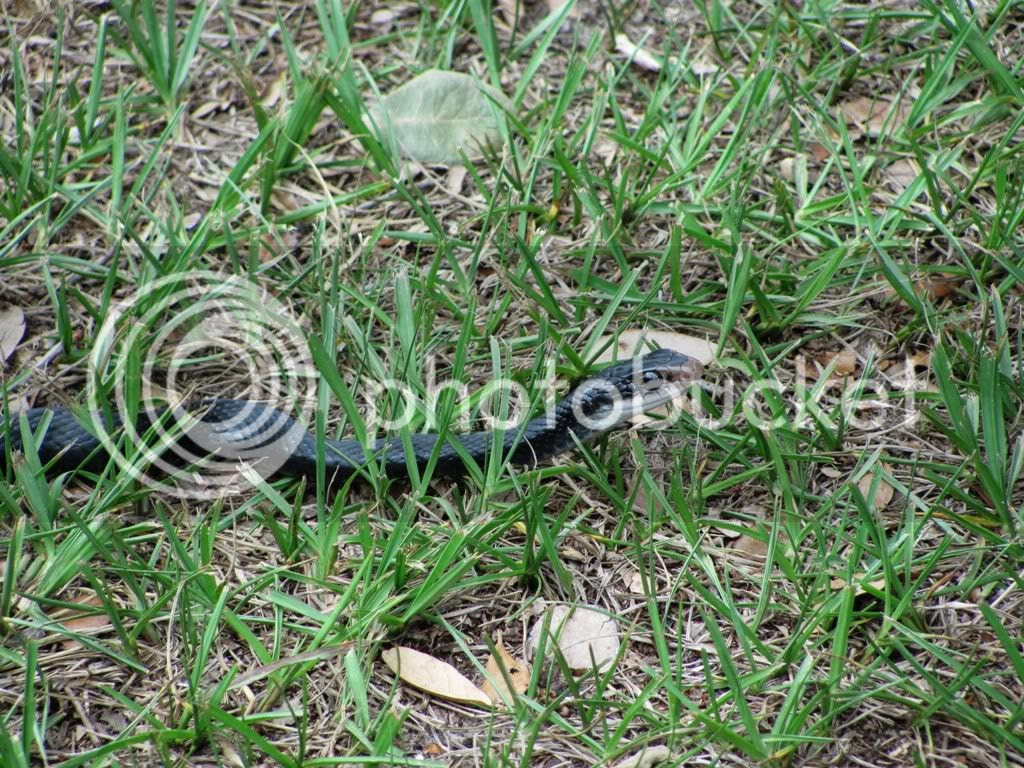 This little guy was about three feet long; probably one of the many offspring of the six-foot Mama who lives on our property and regularly nests under my pine trees. He wasn't afraid of me, so I retreated to get my camera and document him. He lay waiting in the exact same spot when I returned, and aside from tasting my air didn't object to having his picture taken.

I'm always grateful to have a chance to get a good close-up shot of a snake because they are such strange, beautiful creatures. It's easy to see why they've inspired so many myths over time. Their scales always look perfect, and the patterns and variations of color are gorgeous. Snakes always appear fastidiously clean -- when have you ever seen a dirty snake? -- and the look in those unblinking eyes seems both haughty and amazed, as if they can't quite believe what they see when they look at us. It always makes me wonder if snakes have their own myths about humans: I was out hunting rats the other day, and right out of the blue this white-haired giant thing walked up to me, and then . . . 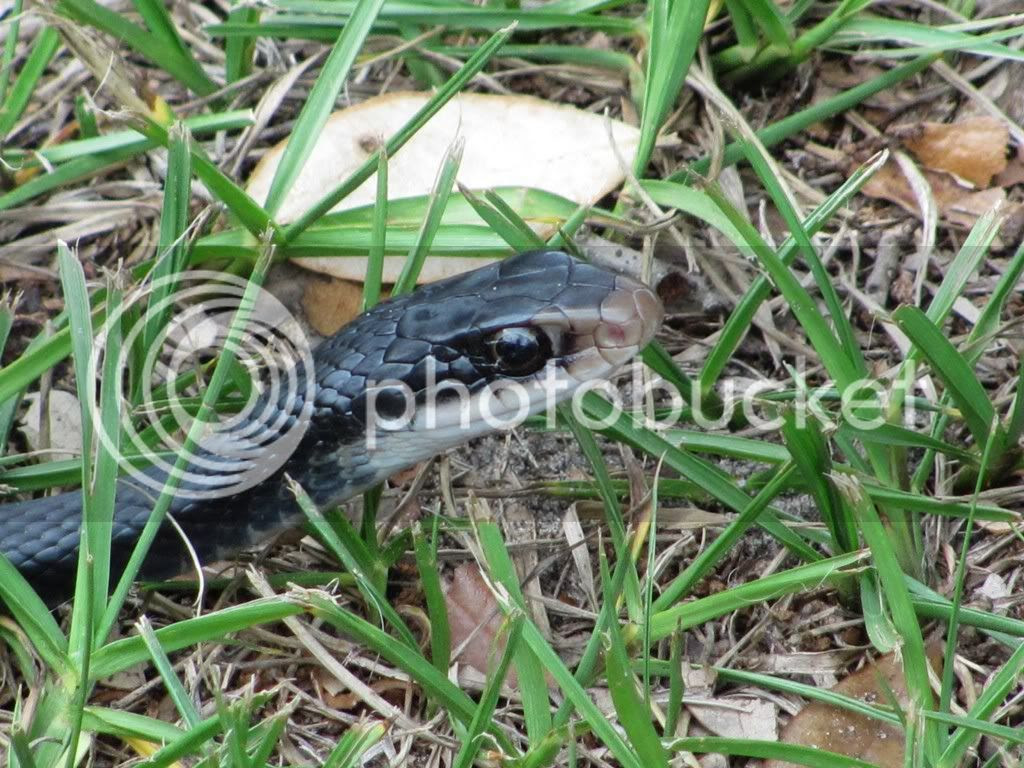 Antagonists are quite often compared to snakes, and while this isn't strictly appropriate (despite Eve throwing them under the bus, snakes are really not bad guys) I understand why writers think of them that way. Snakes are scary, they've had a bad rep since Biblical times, and we want our antagonists to be just as disturbing and unsettling. You can show the reader an antagonist from a distance, just like a snake in the grass, and 99% are trained to immediately hate him; no need to get up close and personal at all.

Over the years I've gone the other way; I probably spend as much time now building my antagonists as I do my protagonists. I also like to explore the antagonist's character as thoroughly as possible; if not in the story then in my creation process. The more I know about any character, the more believable they come out on the page. Another writer philosophy I've always agreed with is that the antagonist is not always a villain or a bad guy in their own eyes, and often is not one to other characters in the story, particular those who have a reason to be sympathetic (like anyone who for whatever hates the protagonist; aka the enemy of my enemy is my pal and all that.) When viewed from these other angles and POVs, the antagonist can be as much a hero as the protagonist.

I don't think all antagonists should be tarred and feathered as irredeemable, either. The ones you don't kill off or otherwise kick into the abyss may inspire new stories where they get a chance to at least partially redeem themselves. Some of my finest protags were once antagonists in other stories before I turned them around. The romance genre, which never met a bad boy it did not want to reform into a good guy, in particular loves a turnaround protagonist.

What can you do to have more of a close encounter with the snake in your story's grass? I'd start right at the beginning with characterization, and build the antagonist exactly as you would any other important story character. Set aside any snakelike prejudice you might have and really take a good look at this character as a person. Ask my three questions: Who are you? What do you want? What's the worst thing I can do to you? Instead of writing scenes portaying only the antagonist's actions, consider handing that portion of your story over to the antagonist and let them tell it (I did this as an experiment with one character I absolutely despised because I couldn't write her any other way; I personally wanted her dead from the moment I created her. Worked great, plus it kept me from killing her off for two books.)

What are some of your favorite things to do with an antagonist? What challenges do you struggle with in building them and making them believable? Let us know in comments.

PBW's Ten Things I Hate About Your Antagonist

HowToWriteANovel.net's Don't be an Antagonist to Your Readers

And last but not least, Peter Anspach's wonderful classic, The Top 100 Things I'd Do If I Ever Became An Evil Overlord
Posted by the author at 12:00 AM