(This was one of the posts that may or may not have appeared last week. If you commented on the original, your entry was permanently erased by the Great Blogger Fail, so please try again.)

I tend to avoid reading for pleasure in a genre that I'm actively writing in, but now that I'm finished book two of the Youngbloods trilogy (title to be announced once I get the green light from my publisher) and I've outlined book three I feel like I'm in the right place to start reading more YA. I've already invested in Rachel Caine's Morganville Vampire series, which looks quite promising, and I'm going to make myself read the final Twilight book so I know how that series ends. 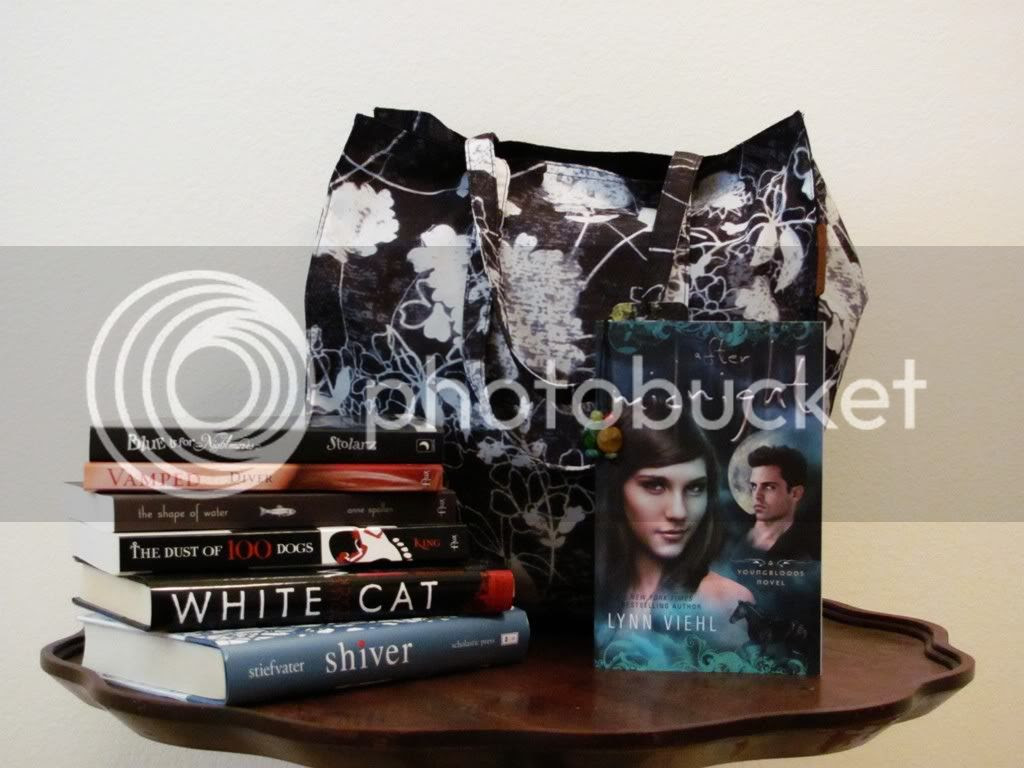 I'd also like to get some author and title suggestions from you guys, so as a bribe I've stocked lovely tote from Coldwater Creek with a signed copy of After Midnight, along with unsigned hardcover copies of White Cat by Holly Black and Shiver by Maggie Stiefvater, and unsigned trade paperback copies of Vamped by Lucienne Diver, The Dust of 100 Dogs by A.S. King, The Shape of Water by Anne Spollen, and Blue is for Nightmares by Laurie faria Stolarz.

If you'd like a chance to win this whole shebang, in comments to this post tell me which YA author, title and/or series you think I should read (or if you don't have a suggestion, toss your name into the magic hat) by midnight EST on FridaySaturday*, May 21, 2011. I'll pick one name at random from everyone who participates and send the winner the tote with all the books. This giveaway is open to everyone on the planet, even if you've won something at PBW in the past.

*Added: corrected the day of the week.
Posted by the author at 12:00 AM

Labels: After Midnight, Giveaway, YA