During the days when Blogger was tossing my previous posts into their scheduled maintenance black hole, some bad weather also rolled in, making it necessary to unplug everything and instead work on projects that wouldn't be demolished by a lightning strike.

Our current big project has been our second bathroom renovation of the year; my guy and I decided to update the long, narrow bath that our daughter uses. Originally it had a colorful fish theme, which Kat picked out herself. It was cute when she was nine, but now that she's a teenager she wanted something a little more mature.

My daughter and I collaborated on this one, and at first I didn't think it was going to work. The kid wanted less obvious colors -- white and silver -- and picked out bathroom accessories and towels in a stark geometric style that probably would have been more at home on a Greek space station. I could see this bathroom turning into one big futuristic igloo, so I convinced her to go with a frosty blue instead of white paint for the walls, and guided her toward some subtle, nature-themed art. That softened the edginess into more of a winter look, which we both liked: 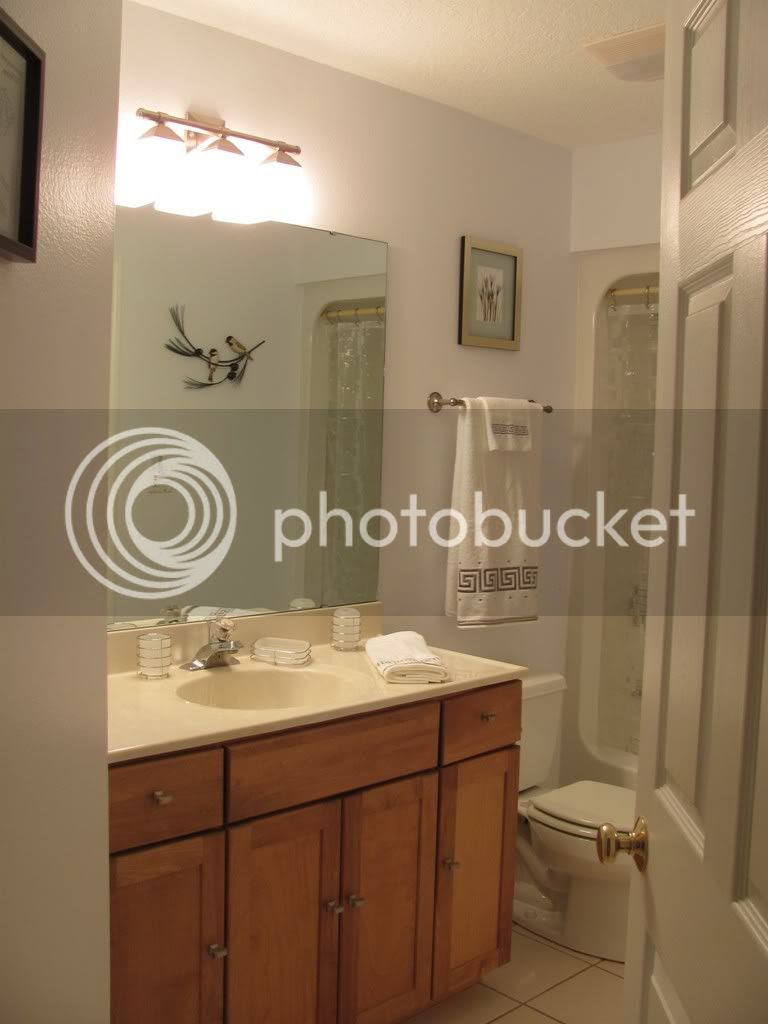 My favorite fountain pen quit working a year ago, and I miss it terribly, so I tackled fixing it. I'd read an article that suggested taking it apart and soaking it overnight in lukewarm water to loosen and dissolve any dried ink that might be blocking the nib. That was a bit messy, but it worked: 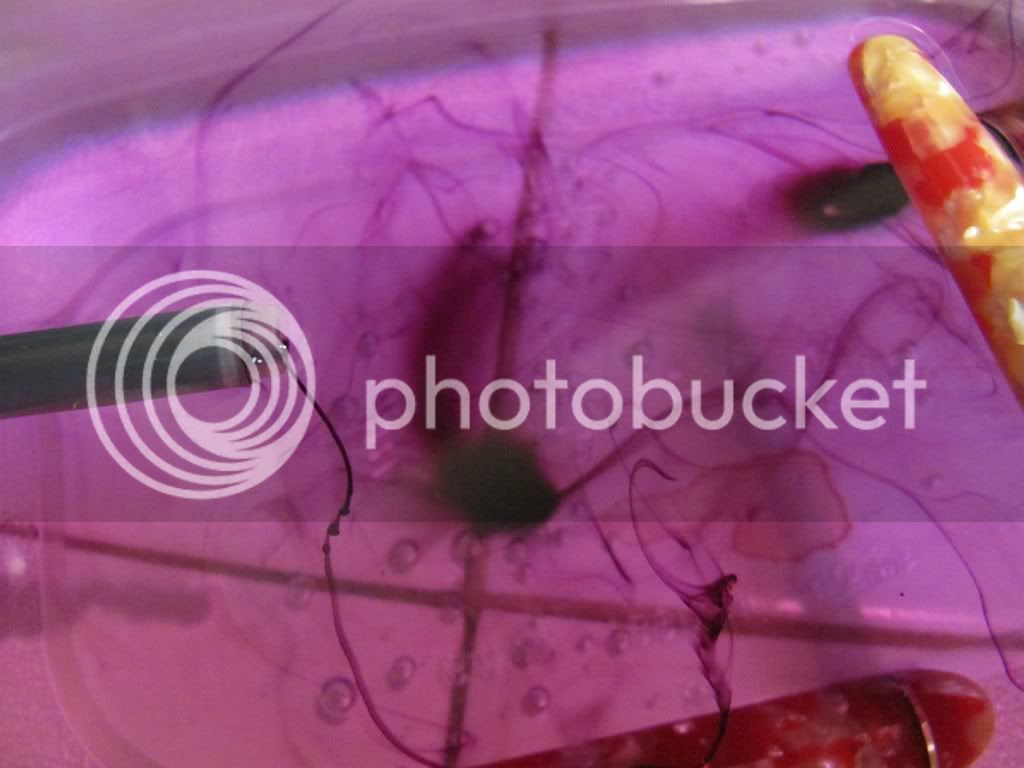 Btw, if you try this method, be sure the materials used to make your pen can withstand being immersed (if your pen barrel is made of wood, for example, it might swell from absorbing water.)

During one of the calmer afternoons we went to one of our favorite lakes to have lunch and stroll along the boardwalk, where I photographed this handsome guy to add to my bird pic collection: 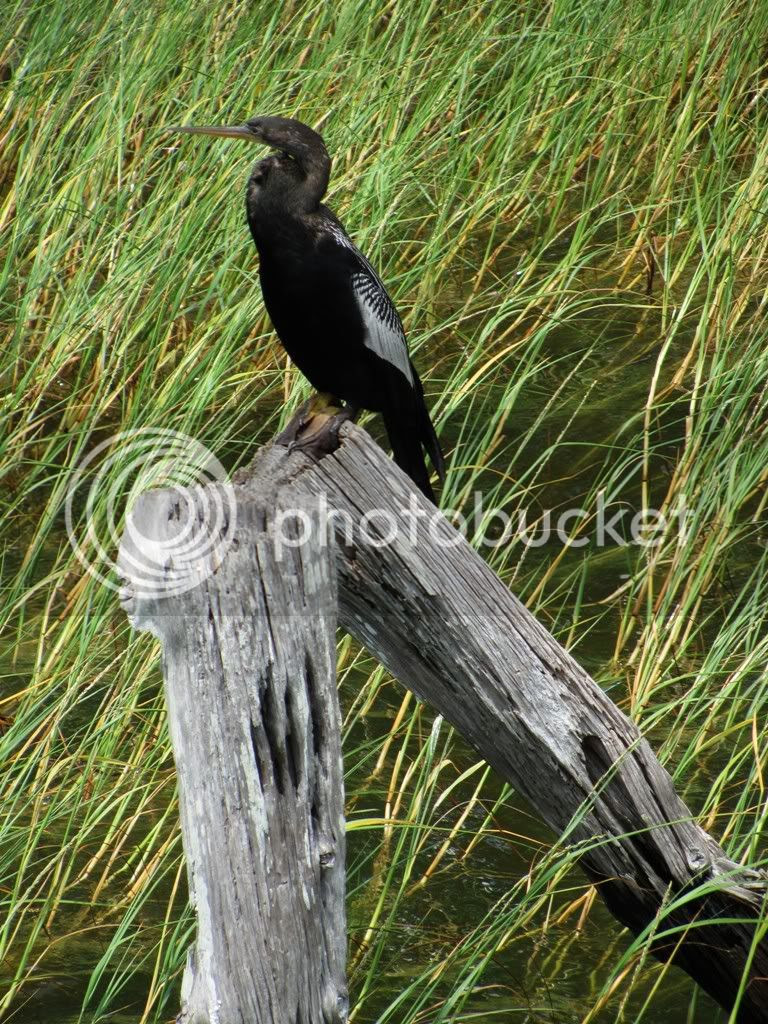 That day we also saw a strange little blackbird with bright red shoulders, but she was too quick for my camera.

Finally I worked up my nerve to walk over and meet one of the new neighbors: 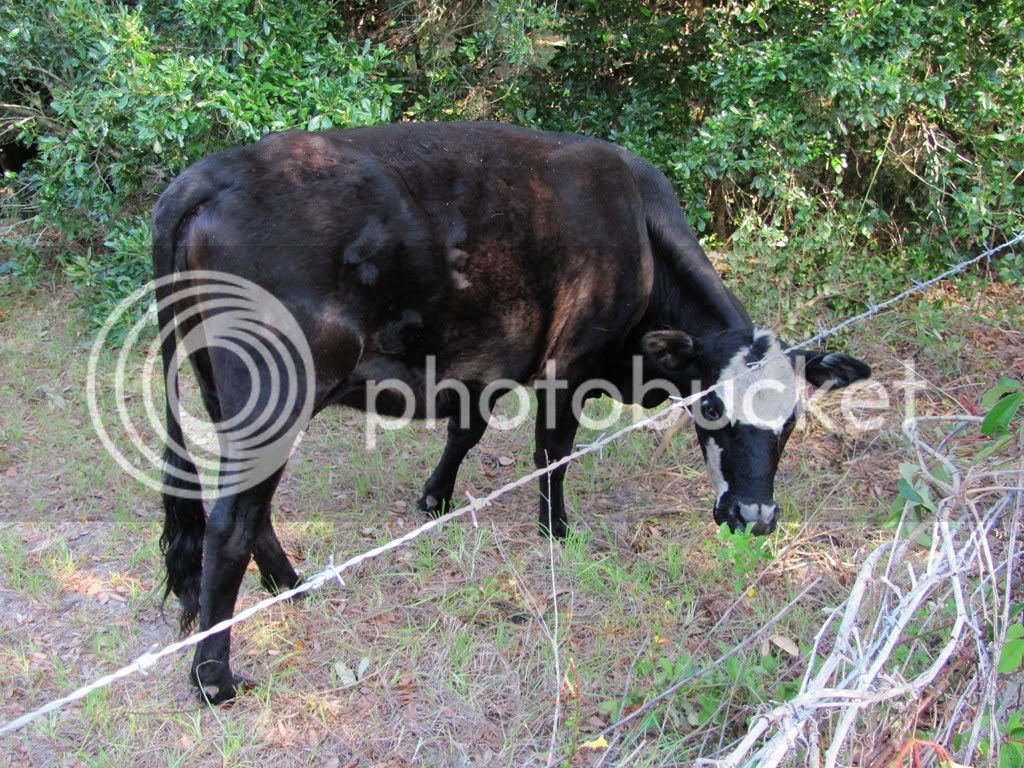 They're not especially friendly, and at night they tend to bellow at each other, but I like them better than the chickens who used to fly over the fence and tempt my dogs into opening their own private KFC franchise.

So what did you guys get up to during the Great Blogger Fail? Let us know in comments.
Posted by the author at 12:00 AM