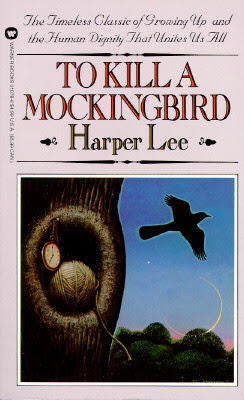 You're To Kill a Mockingbird!

Perceived as a revolutionary and groundbreaking person, you have changed the minds of many people. While questioning the authority around you, you've also taken a significant amount of flack. But you've had the admirable guts to persevere. There's a weird guy in the neighborhood using dubious means to protect you, but you're pretty sure it's worth it in the end. In the end, it remains unclear to you whether finches and mockingbirds get along in real life.

Take the Book Quiz at the Blue Pyramid.

Now I have to find an online quiz that Carter won't be able to resist...