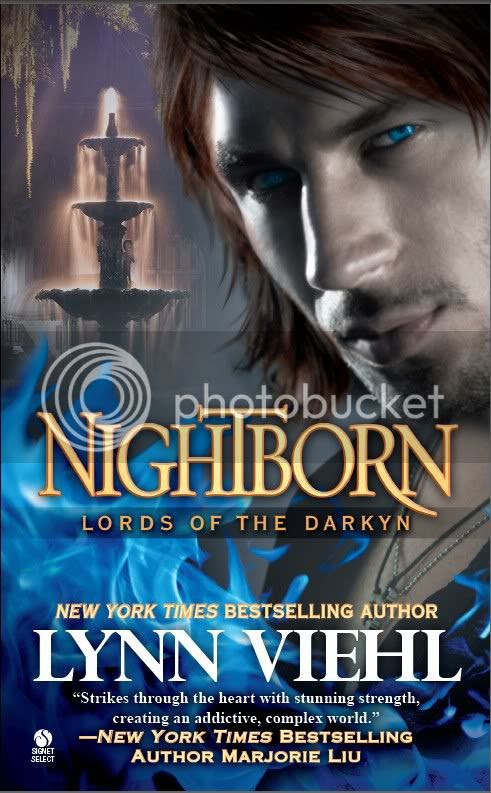 My editor kindly sent some ARCs of Nightborn, the first novel in my new Lords of the Darkyn trilogy. Usually I give away all my ARCs without asking for anything in return, but as this novel is the first book in a new venture, it's important to get the word out about it. Thus I'd like to send these ARCs to people who are willing to help me do just that.

If you're interested, in comments to this post write a pledge for what you'd be willing to do to help me promote the novel* by midnight EST on Wednesday, December 7, 2011 (and if you'd like some ideas, you might write and post a review** of it on the internet, feature the book in a blog post, talk about the new trilogy on a discussion board, or something along those lines. Be as creative as you like, too.) I will draw four names at random from everyone who participates and send the winners a signed ARC of Nightborn. This giveaway is open to everyone on the planet, even if you've won something here at PBW in the past.

*Please note that this is not a contest for who promises to do the most. That said, I do expect the winners to keep their pledges, so please be realistic about what you actually can do.

**In regard to writing reviews, there are no expectations here or any strings attached. If you don't care for the book after reading, you are not expected to lie and/or throw up fake gushing reviews; nor will I hate you forever if you rate it with three stars or less. I don't care about stars. Just be honest and we're good.

Added to clarify: Midnight EST on December 7th is the cut-off to enter the giveaway; winners can keep their pledges whenever they like after they've read the ARC. It would be most helpful to have your help with getting the word out before March 2012, when the book is released, but it's not an iron-clad requirement.
Posted by the author at 12:00 AM