Risks Will Be Taken

Nothing warms my heart quite like a novel with protagonists who are unlikely, controversial, or irredeemable. The most fun I've had as a writer has been working with characters like Akela from Red Branch and Lucan from Dark Need, because they not only break all the novelist rules, they rewrite them. They also push me to take risks with my work, and I'm a firm believer in nothing ventured etc. 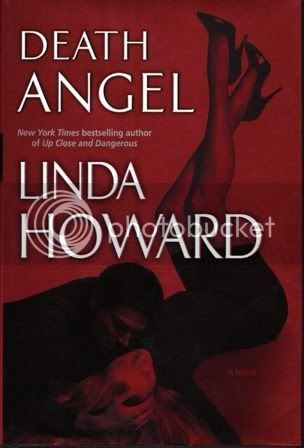 Linda Howard should borrow Usher's new tag line, Risks Will Be Taken to promote her latest novel, Death Angel. The protagonists are an assassin and a drug lord's mistress. I'm not kidding. The novel opens with a bang (literally.) By the time I got through the first chapter I thought I was perhaps having a meds reaction and hallucinating this plot, as it was so beyond anything I've read. From there Linda takes the reader on a dark, twisty, wholly unpredictable journey all the way to love and death and back again. And I'm not saying another word about it, because to do so would ruin the story.

Death Angel will no doubt ruffle a lot of feathers because it features characters who are unlikely, controversial, and in some ways completely irredeemable. It challenges the reader to set aside all the same old acceptable safe stuff along with their preconceived notions about heroism, and step across traditional boundaries to see what's on the other side. I think anyone willing to go there will be as surprised by what they find as I was.

But as always, you don't have to take my word for it. In comments to this post, name a novel that challenged you or your beliefs in some fashion (or if your belief systems are inviolate, just throw your name in the hat) by midnight EST on Thursday, July 3, 2008. I'll draw five names at random from everyone who participates and send the winners an unsigned hardcover copy of Death Angel by Linda Howard. This giveaway is open to everyone on the planet, even if you've won something here at PBW in the past.