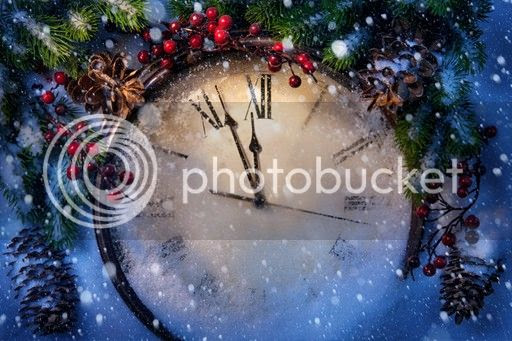 The older I get, the less keen I am to make New Year's resolutions. It's not due to past failures -- I succeed with resolutions about 80% of the time -- but more about making positive changes when they need to happen. That's generally not on January 1st. I'm even a little reluctant to choose a theme or a word for the new year. 2011's theme of change turned out to be more of a jinx than anything.

I've also gotten to the point in life where I've made all the major health and lifestyle improvements that I need or want. I've whittled down my diet to exactly what it should be, and I've been sticking to it for so long that temptations really aren't a problem anymore -- or maybe I've just learned how to cope better with them. I've gained a bit of weight this year, primarily due to being house-bound after my surgeries, but now that I can see and go outside again I'll restart my exercise regime and work it off. Probably the biggest positive change I've made this year (aside from having my eyes fixed) is finally getting my insomnia under control, which is a huge blessing.

Creatively speaking I've already made one major change with the writing (more on that later this week) that will likely occupy me for most if not all of 2015. I've considered trying another year-long art project like the photoblog was for 2009 or the 1000K cards project in 2012. Since I seem to be on a three-year cycle with year-long art projects I'm even due for one. I'm still thinking it over, so I'll probably start off the year by making some new little quilts and cat beds for the kitties at the no-kill shelter and then after that see what comes to mind.

I suppose what I'd like most to happen in 2015 is to be open to the possibilities, so I don't miss any when they come my way. Have you made any resolutions for 2015? Or are you as unresolved as I am? Let us know in comments.

Image credit: Konstanttin
Posted by the author at 7:00 AM