Everyone, wait for second. Stephanie Tyler (and anyone else with arachnophobia) if you're out there, please stop reading and leave the blog right now, or you're going to freak out.

Are they gone? Okay. I had another backyard drama last night, this time involving this little lady: 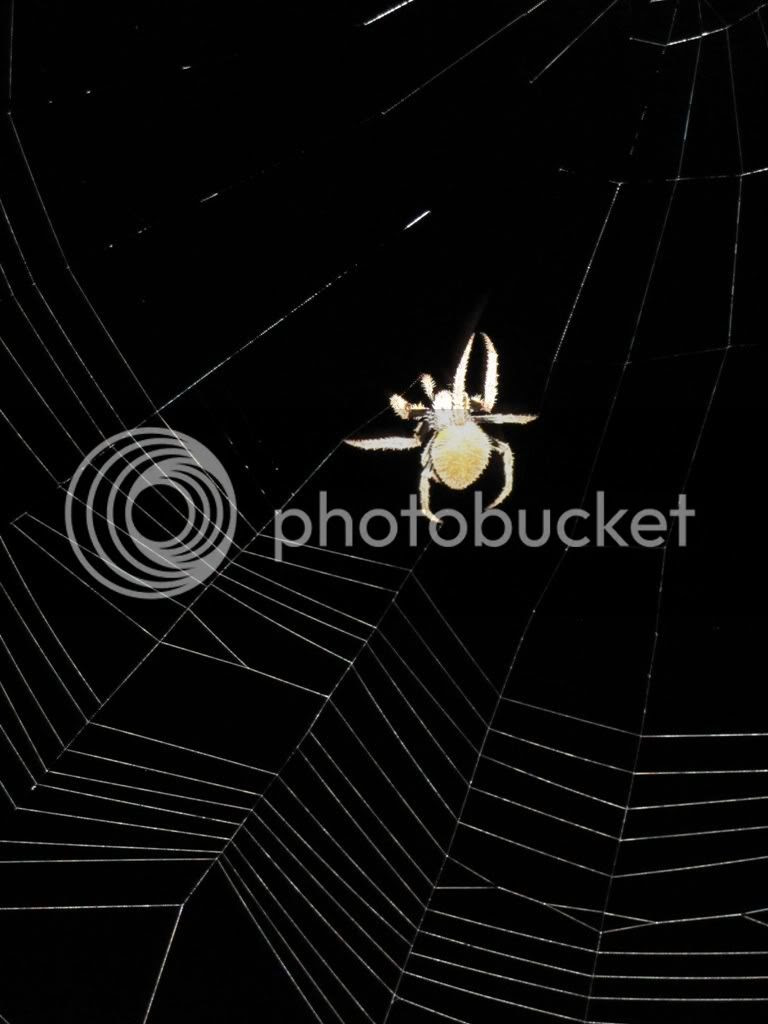 If you live in the country like I do, then you probably deal with all kinds of arachnids. Since we moved here I've have close encounters with everything from wolf spiders as large as my hand to tiny crab spiders smaller than the tip of my pinkie. I've shooed them out of the house, relocated them out of the yard, and taken lots of pictures of their webs. They're not only beautiful and interesting, they also help get rid of disease carriers like mosquitoes and flies.

It's the orb weavers who fascinate me most. They come in different sizes, shapes and colors, and most set up house in quiet, undisturbed areas. Their webs are generally the large circular variety, but one huge golden lady I found last year spun her web across a ten foot space between two trees. She kept repairing the web and occupied the same spot at the back of our property for a good six months.

Several varieties of orb weavers come out only after dark to make one-night stand webs. As soon as the sun goes down they pick a spot and go to work, and within a couple of hours have a web in place. Their webs are huge, easily four to six feet in diameter, with anchoring threads that can stretch up to fifty feet. Yet by morning the spiders are gone -- and so are the webs they build.

It was one of these one-night standers that my guy found last night as he was walking the dogs. What he first saw was this: 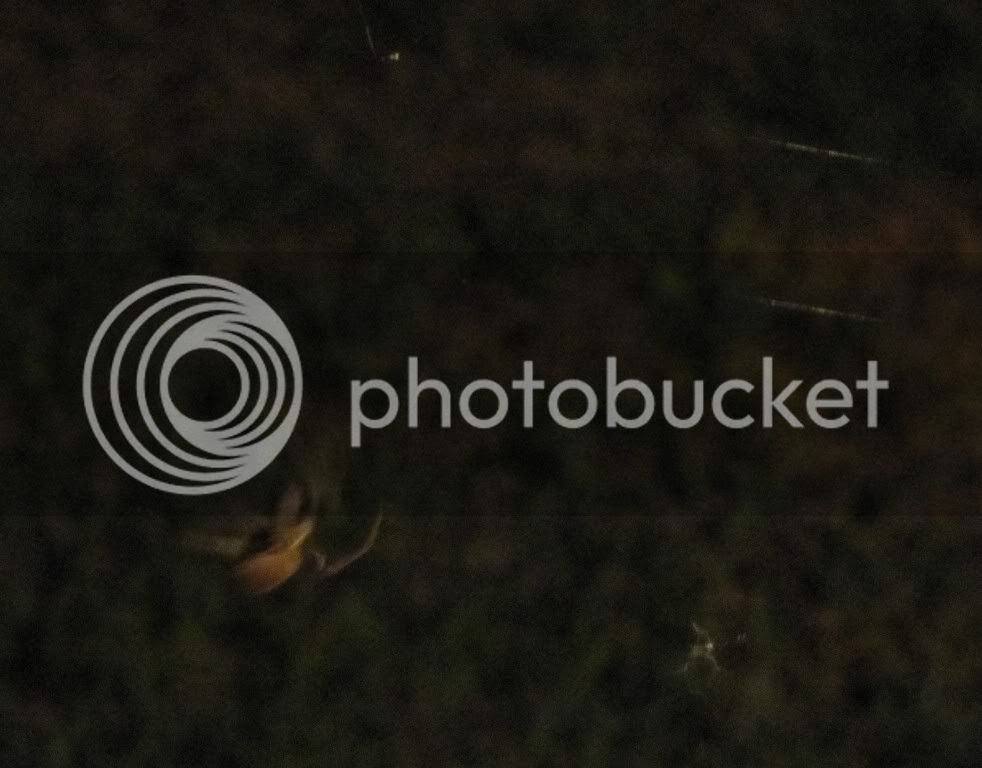 He didn't actually see the spider itself -- she blended in perfectly with the grass -- but a glint of a single web thread did catch his eye, and he stopped in his tracks. Which is a good thing, because he almost walked through this: 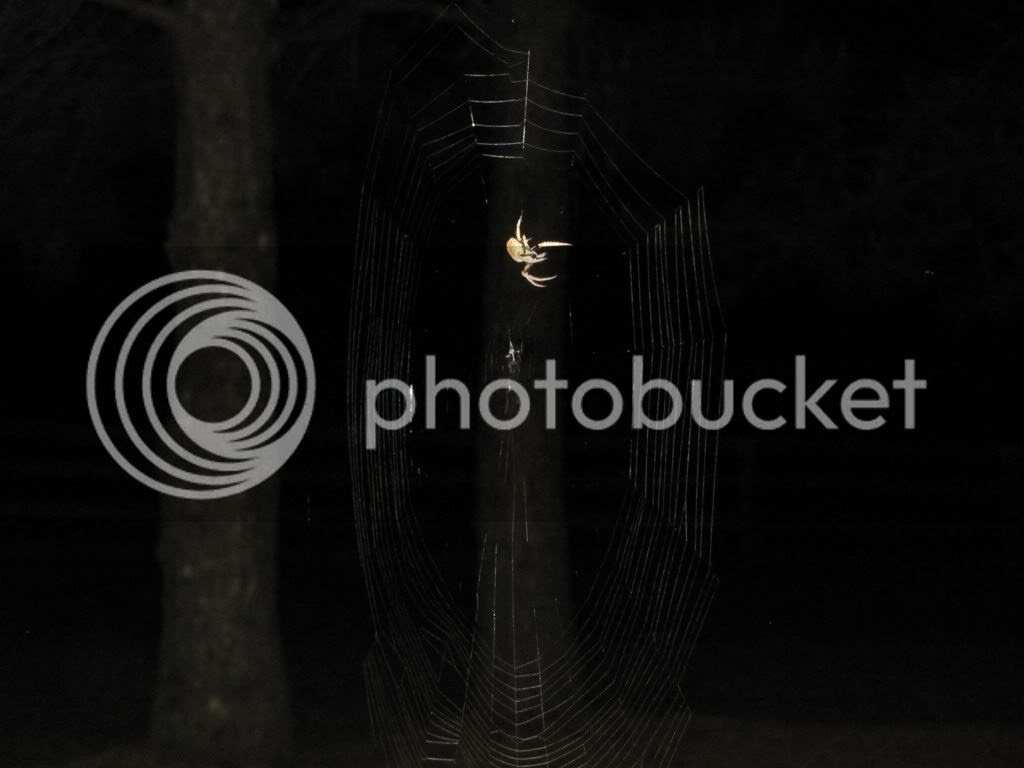 Because I'm the resident bug expert he called me out to have a look at her. I'd never seen a spider like her before, but she was about two inches long, light brown and vaguely resembled a crab spider on steroids (later I did some research on the internet, and I'm pretty sure she's an Eriophora ravilla, or a tropical orb weaver.) 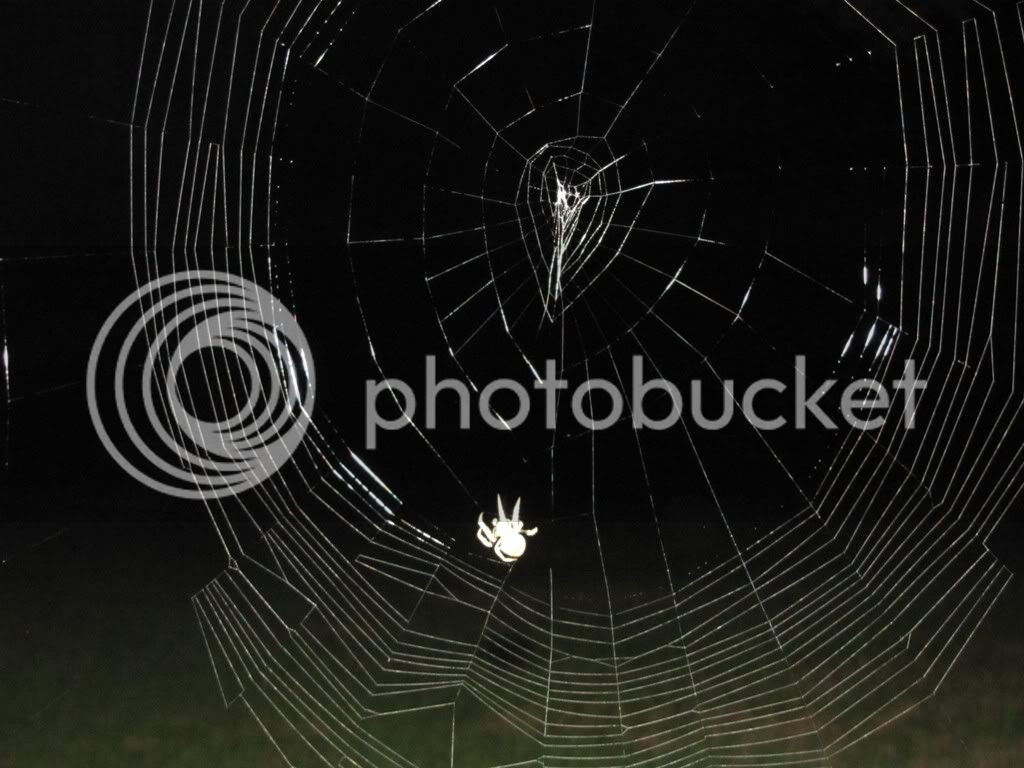 Because I took close-up shots the web really doesn't look that big, so let me show you what the area looks like in daylight (my lame red lines are the size and position of the web): 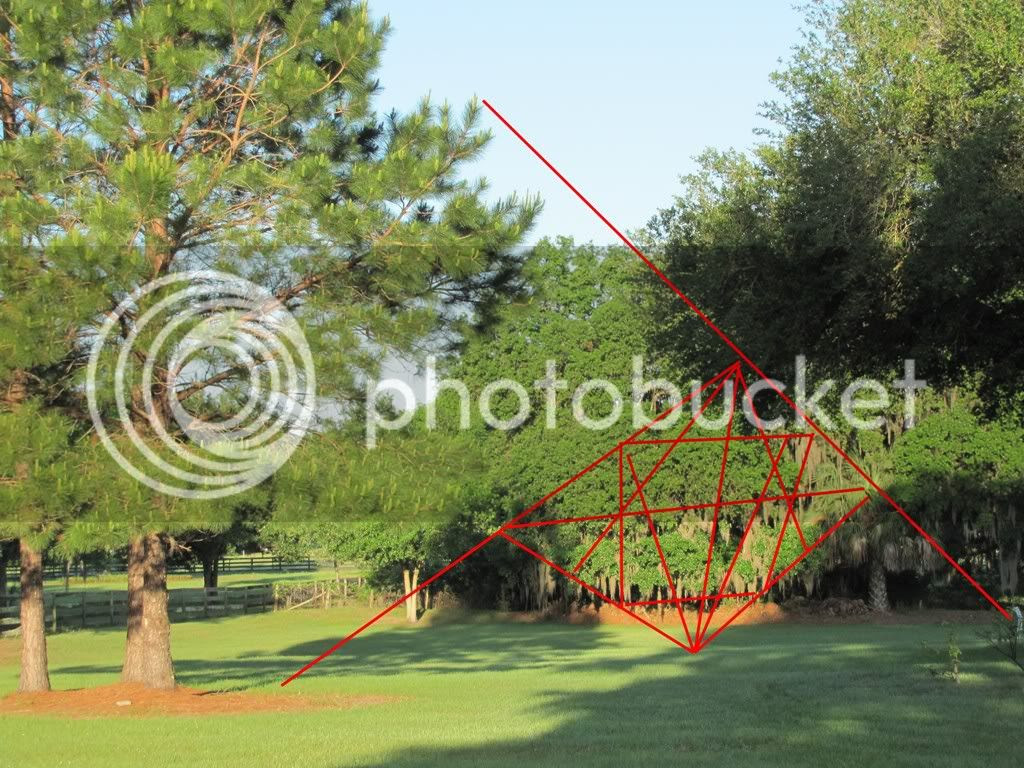 As my guy walks through that part of the yard every night he was not happy about the spider occupying it. He wanted to kill it and tear down the web, but I persuaded him not to. Once they move into a yard, these orb weavers build their webs in the virtually same spot, so we would now know where to watch out for her. Even though we didn't recognize her species, I thought for sure by morning she would be gone, too -- and sure enough, when he took the dogs out this morning, both spider and web had vanished.

I've never been able to take any decent photograph of these night weavers before last night because my camera doesn't focus well in low light. Luckily we have a flood light in this part of the yard, and the spider and the web were in just the right position to be partially lit up by it. Using my flash did the rest. 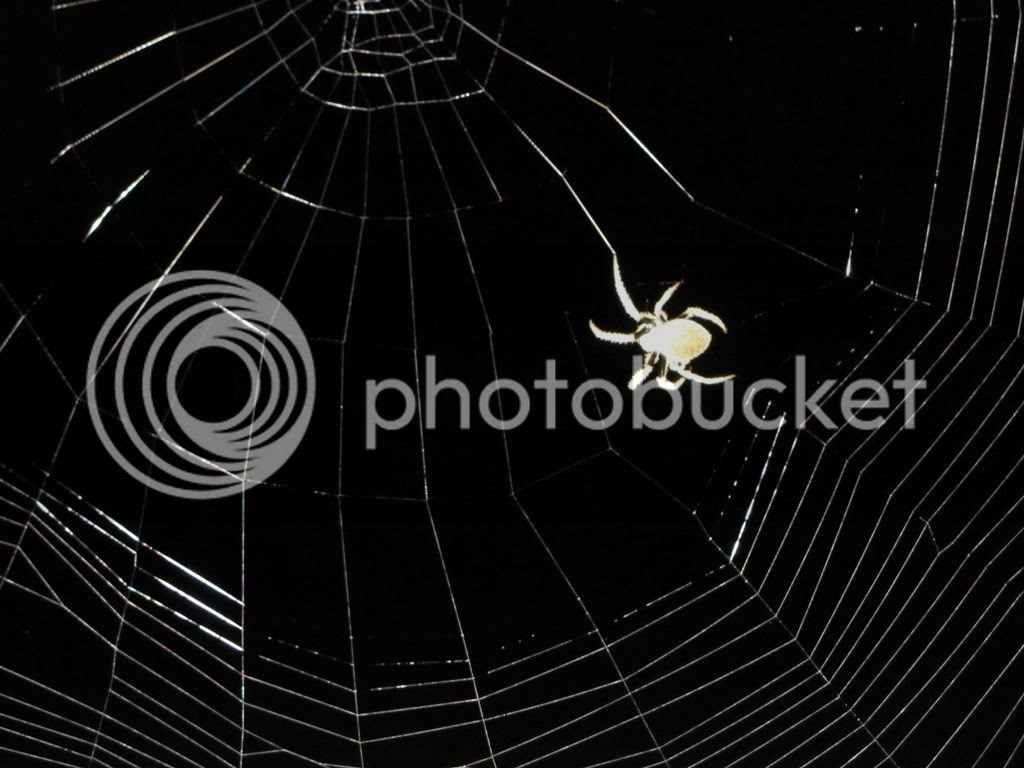 Now if I can just remember not to walk through that part of the yard the next time I take the pups out after dark . . .
Posted by the author at 12:00 AM