I'm unplugging this weekend to get a jump on deadline week. But while you're here, you might check out National Geographic's Daily News's cool report on the discovery of an ancient Greek tablet with the oldest readable writing in Europe. According to the article:

Considered "magical or mysterious" in its time, the writing survives only because a trash heap caught fire some 3,500 years ago, according to researchers.

Although the article doesn't identify what the writing says, PBW called a pal in Greece, who provided this translation in English, as well as some enhancements to show that the tablet was in fact an ancient author's self-promotional item (which is probably why it was thrown in the garbage): 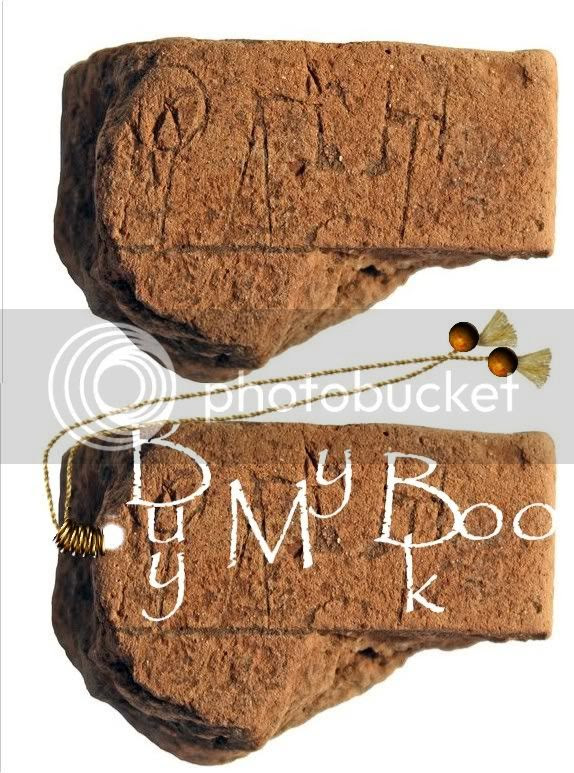 I don't know. I mean I know it's thousands of years old, but the choice of wording could have been better. And don't you think those beads on the tassels make it look a little cheap?
Posted by the author at 12:00 AM