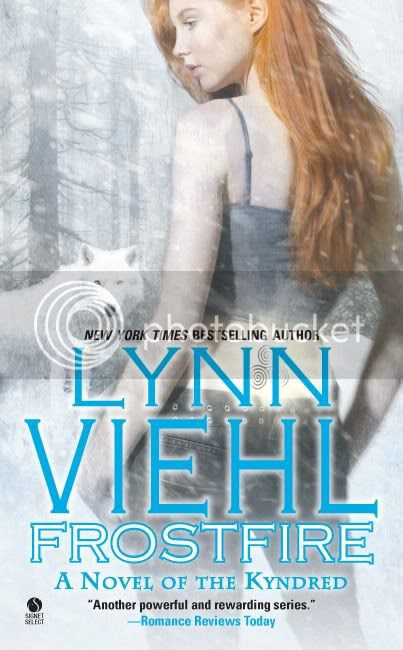 In a short while I should hear how well Frostfire did with its release week sales. I have been asked if/where I think my novel might land on the lists, and that's a tough question. Shadowlight, debuted at #17 on the Times mass market, and Dreamveil made the extended list at #26, but that doesn't guarantee anything.

New release-wise, January has always been a lucky month for me, but most of the time titles that were released in December roll over onto the lists. I just took a look at the Times mass market, and nearly all of the listers are Big Names with huge bestsellers (very tough competition for yours truly.) There has been lots of positive buzz about Frostfire, and I know many of you have gotten your readers, family and friends to buy the novel, which I appreciate more than I can say. It's also the third novel in a series, and that's the point where you start losing new-to-you readers, so believe me, every sale helps.

Basically, though, I have no idea how well it will do. My non-psychic intuition tells me (in keeping with the other stuff that's already happened in 2011) that this book's performance is going to be odd. Odd-good or odd-bad, I can't say. Could go in either direction.

But we should have some fun with it, so let's have another Times Pool. In comments to this post, tell me if you think my novel Frostfire will make the NY Times mass market bestseller list. If you don't, simply put "no" (and you won't hurt my feelings if you vote no.) If you do, put "yes" and guess at what number it will appear on the list or the extended list (that would be a number between 1 and 30.)

Once the Times lists for the week of January 23rd are released (I believe that's the list I have a shot at), I will close the pool, announce how Frostfire did (or didn't) do, and award the person who guessed correctly a BookWish*. If more than one person posts the correct guess, I will put all of the names of those who are correct in the magic hat and draw one at random to be the winner.

This pool is open to everyone on the planet, even if you've won something here at PBW in the past.

*A BookWish is any book of your choice available to order from an online bookseller, up to a maximum cost of $30.00 U.S. (I'll throw in whatever shipping is involved.)
Posted by the author at 12:00 AM