The American Psychological Association has just released its 2010 Stress in America Findings (for the .pdf version click here). I've heard plenty of complaints that the internet causes all kinds of stress, but surprisingly about a third of those surveyed reported surfing the internet as a method of managing stress.

I think it's all in where you surf and why. I view the internet as an endless virtual library with work rooms, play rooms, art exhibits, movie theaters and concert halls. You can join other explorers or lurk around by yourself. And yeah, there are also a range of not so great places, where the unwary can be pecked to pieces by hen parties, fleeced by scam artists and sold shoddy goods by the unscrupulous, but with a little common sense you can avoid all of them.

When I'm writing I like places where I can visit during my ten-minute breaks to have some fun (I employ a kitchen timer to keep me from spending more than ten minutes.) 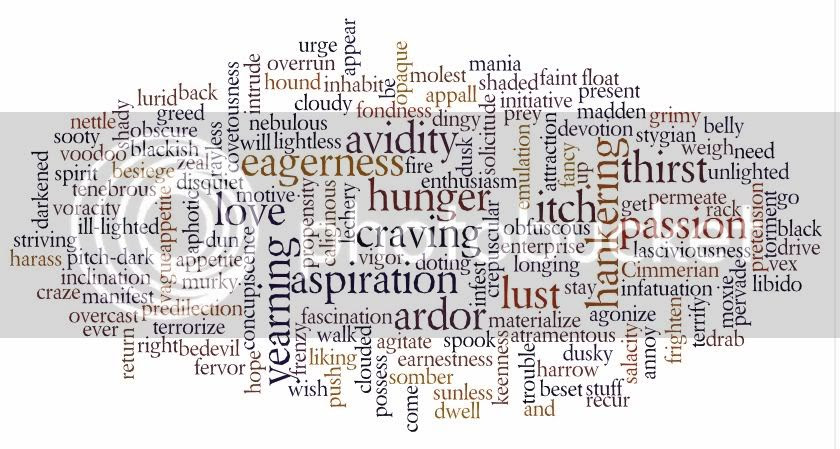 Wordle is definitely my favorite online break room; I probably visit at least twice a week now. My latest trick is to feed it long lists of synonyms for my story keywords to get title ideas (poetry works great, too) or for descriptive bits that I'm having trouble composing. 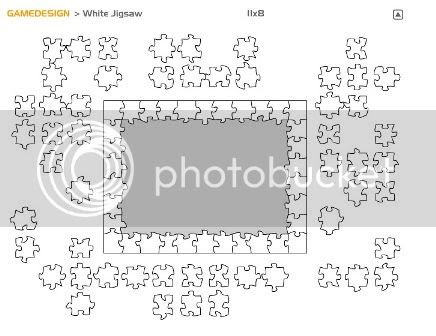 Thanks to Gerard over at the Presurfer, I just discovered White Jigsaw, a virtual point-and-drag game with a puzzle that grows larger each time you solve it. Although at first glance it may seem intimidating, it's really not that difficult. I find it rather soothing (I also get tired of it quickly so it doesn't suck my brains out of my skull and tempt me to stay longer than ten minutes.) 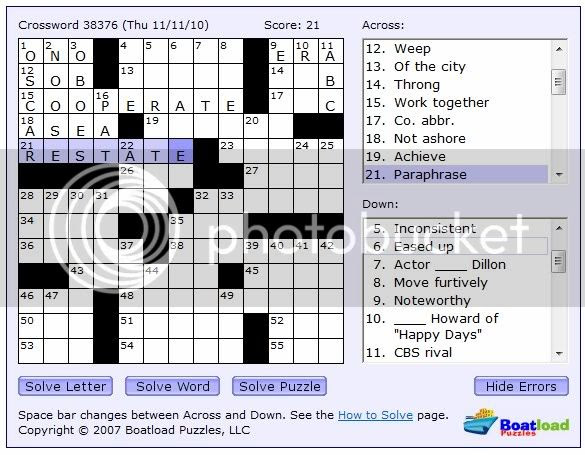 I've always been something of a fiend for crossword puzzles, so I have to be careful when I go over to BoatloadPuzzles.com to take a break there. But I like this site because if you put in the wrong word it highlights it with red letters, and it's simple enough for a kid or anyone as technochallenged as me to use. My oldest online break room is Seventh Sanctum, where there is a generator for just about everything an RPGer or storyteller could want. Much of what I generate is tongue-in-cheek stuff, but often I find bits and pieces I can recombine and mortar together into new story concepts, character profiles, plotlines and so forth. SS also reminds me not to take myself too seriously or slip into the blues, something I've really needed lately.

Do you think the internet is a stress-inducer or a stress-reliever? Where are some of your online break rooms? Let us know in comments.
Posted by the author at 12:00 AM