If you have a camera to play with, you can challenge yourself as a writer by going out and in 24 hours taking at least seven pictures of the people and things you see that would make up the elements of an interesting story (and don't worry if what you photograph is painfully ordinary. Most of us rarely see knights in shining armor on a daily basis.)

Here's a 24/7 collection I composed over the weekend to use as an example for this post: 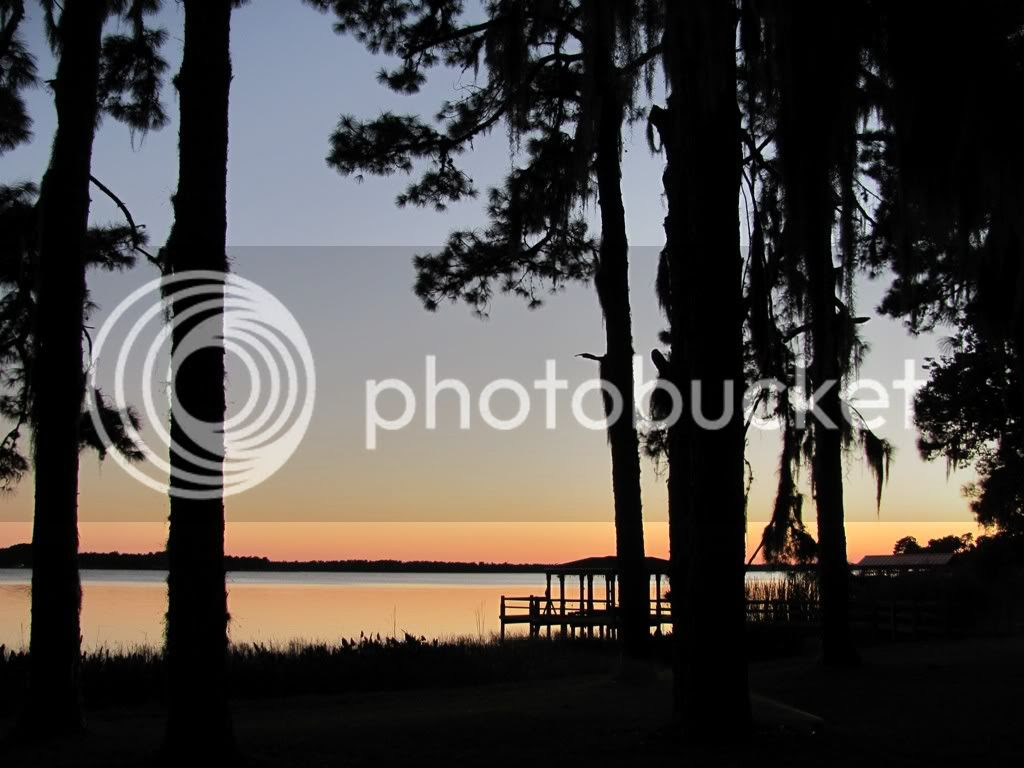 Begin your photographic story project by finding a setting that appeals to you. This lake here has inspired not one but three novels for me, so when we had a particularly spectacular sunset I thought this shot would make an interesting beginning. It's lovely but it's also a little eerie. Everything is very still, almost as if it's waiting for someone to arrive. So it can eat them? Or deliver them from the past into our time? Something to think about. 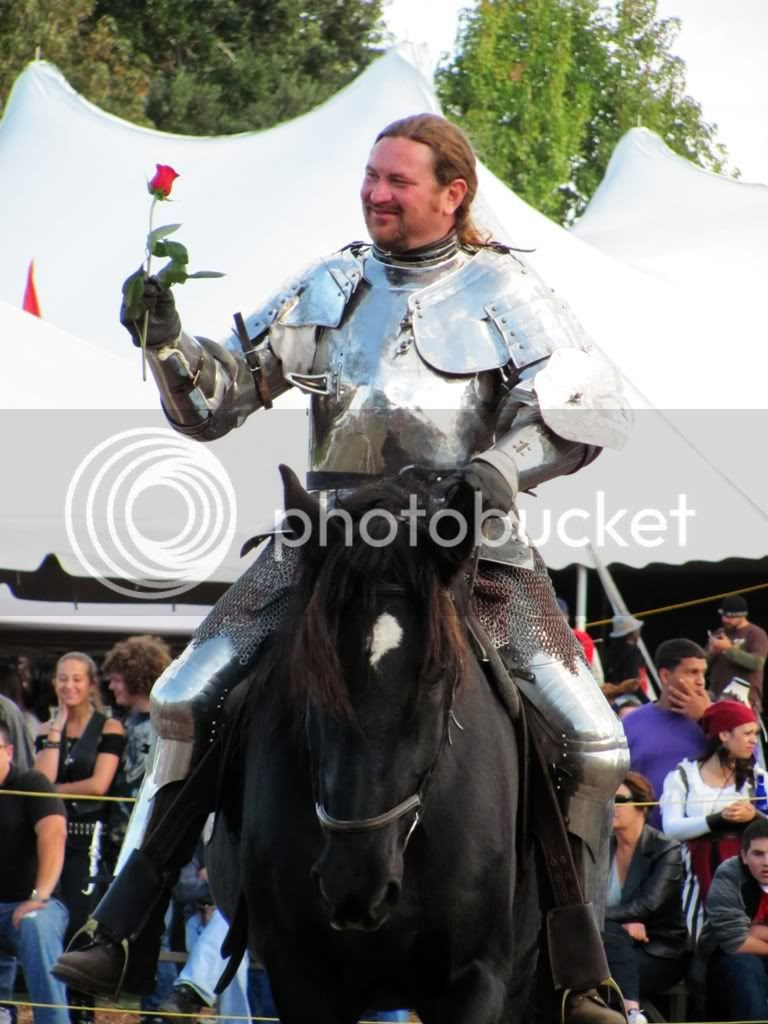 The next day I ran into . . . all right, all right, so occasionally I run into knights in shining armor when I'm out and about. Sue me.

This dazzling gentleman really epitomized for me the element of the hero (or protagonist) in the story. As archetypal characters go, you don't get any more classic than this. He's on the move, and definitely geared up and ready for battle; I feel sorry for anyone or anything that gets in his way. At the same time the big guy is also holding up a rose instead of a lance or a sword.

One flower, a million interpretations. He could be looking for a lady to give it to, or maybe a lady just gave it to him. It could also represent the sort of life he wishes he could live; perhaps he's tired of being a knight and now simply wants to settle down somewhere and putter around in the garden. What if he happened to be caught in a storm, and took refuge under those dark trees by my eerie lake, and woke up the next morning to find himself in 2010? 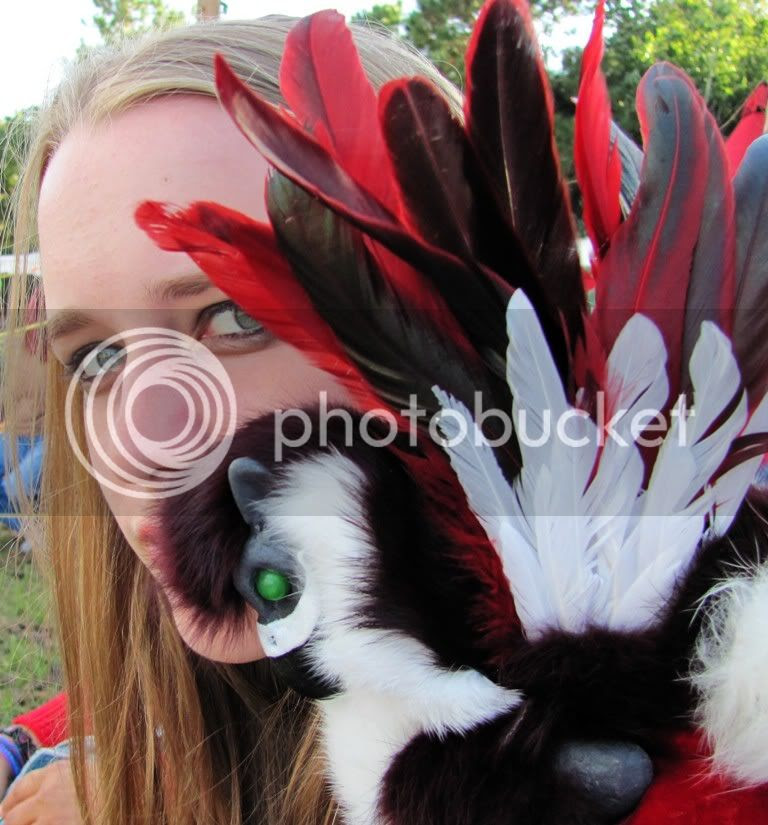 Wherever there is a knight hero, there is also milady heroine (or another protagonist.) It's a given, trust me. She's lovely, mysterious, and she has a thing for sideways glances and beseeching come-hither looks. Is she the Lady of the Lake, or La Belle Dame Sans Merci? What if she's a little of both?

I think she's hiding from something that wants to make sure she never receives the rose. Maybe it's the same thing that drove her down to the eerie lake, where she follows Sir Big Guy into the future (option #1). Or walks down by the lake to find him in her time of 2010 (option #2.) In my story I'd probably go with option #1, because if I wrote this heroine she'd have a spine to match Sir Big Guy's; I'm an equal opportunity writer. I also know that no matter what era they live in, very few women in real life are helpless or stupid. We may not wear the shiny armor or get the fancy titles, but we fight just as many battles as our guys. 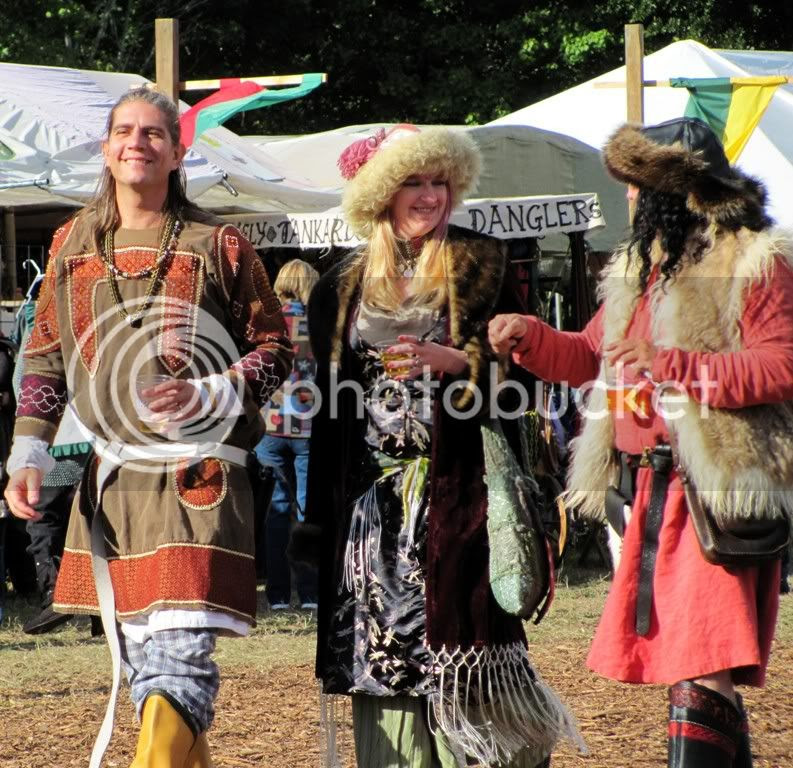 What would a novel be without a motley crew of secondary characters? Deadly dull, I think. Secondary characters are fun to write, don't have to try to fill the hero or heroine's shoes, and can be the most malleable (and therfore valuable) story element. At first sight I'm almost convinced the guy on the left is my hero's younger brother. The handsome, harmless little bro who just wants to have a good time, but then has to grow up in a hurry when Sir Big Guy vanishes.

This trio of friends or lovers were obviously having a lot of fun, and amazing story power just radiated from them. I stared more than was polite because their open happiness fascinated me. That's not a dynamic you often see happening with 2 guys + 1 girl. Who are they? Should the lake toss them through time, too? Or are they going to be the ones who help my protagonists return to the past? 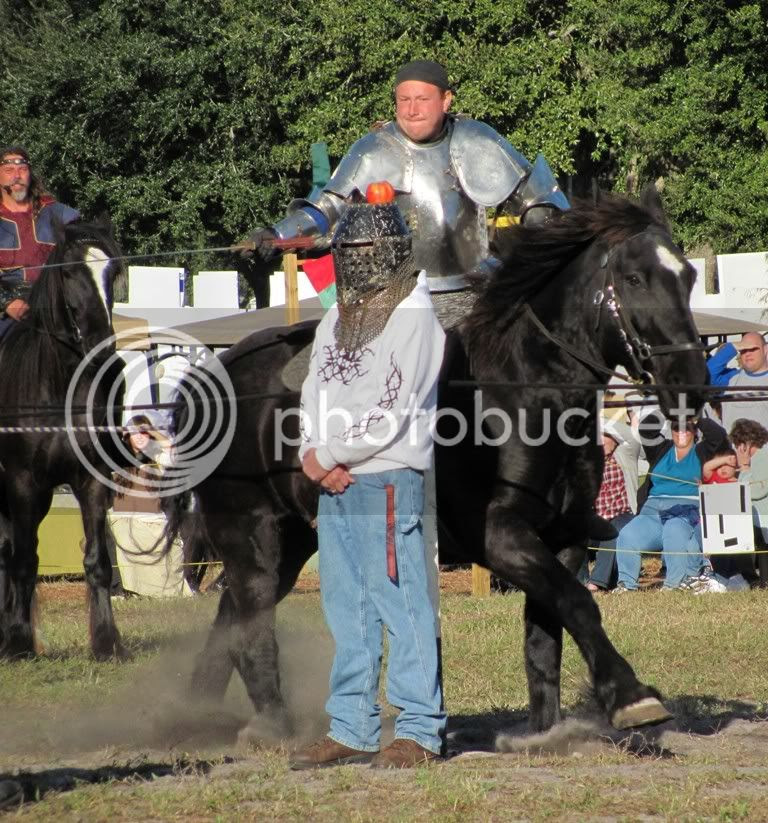 Wherever there's a hero and a heroine and a likeable bunch of friends, there's always someone who would very much like to ruin that forever, aka the villain (or the antagonist.)

Very often my antagonists turn out to be heroes waiting to be inspired to give up their wicked ways, and this guy is no exception. But until I figure out if/how I'd reform him, I won't believe a word he mutters. He may tell me he's just going to knock the apple off someone's head, but I still watch his aim -- it will always be lower. He's definitely from 2010; maybe a renegade scientist who turned the lake into a time portal so he could go back in time and steal Sir Big Guy's fortune, legacy, lady . . . or set himself up to take the place of an important king so he can change history (in his own favor, of course.) 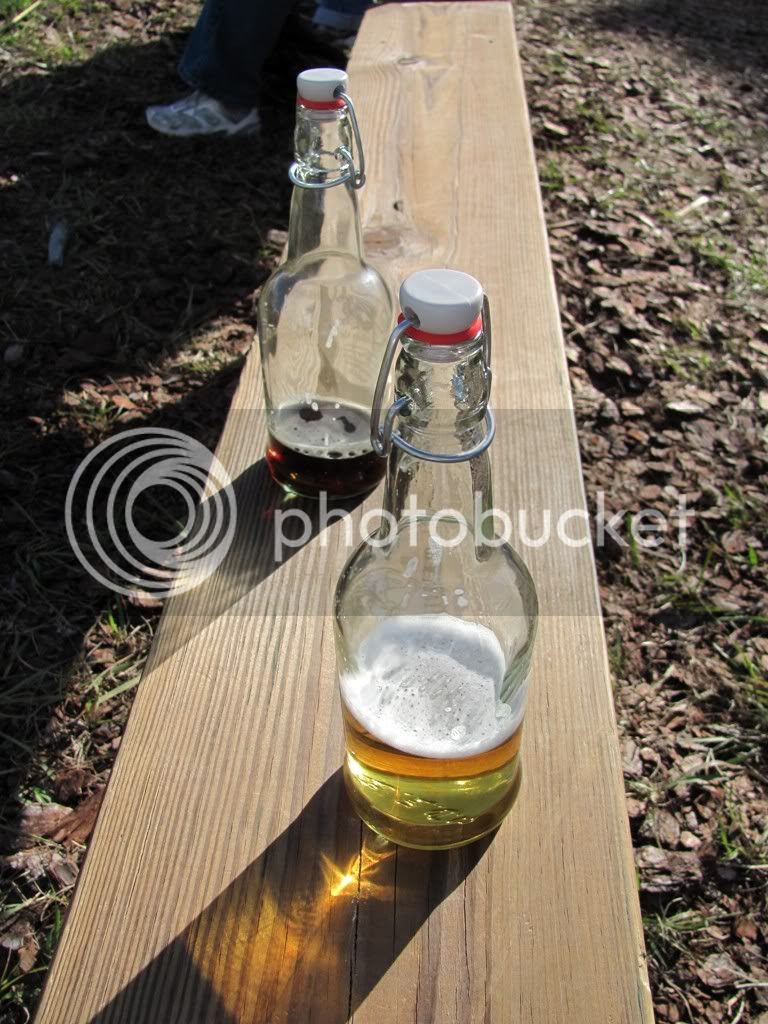 Every story needs a conflict, or a problem for the characters to wrestle with and/or resolve. As a storyteller I'm attracted to both the dark and light sides of story conflict, and the ones I find most interesting are those that can't be quickly or neatly resolved.

Conflict comes with choices to be made by everyone in the story, and can be summarized by the image of the two bottles here. They could contain anything from a dark beer and a light ale to root beer and cream soda. Or poison and an antidote. Or something else. My characters won't know until they take a swig. Or perhaps they're permitted to try only one, so which one do they choose, the light or the dark? What if the choice my characters make decides which time they'll be stuck in? Some nice possibilities here. 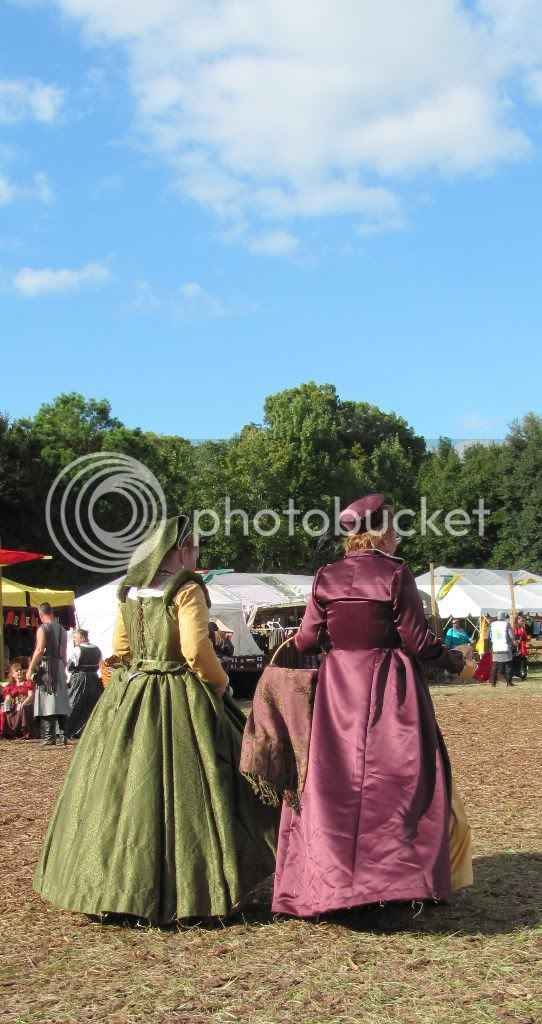 Once we find out exactly what the eerie lake does, and the hero explains his armor and his rose, and the heroine likewise comes out from behind her fine feathers, and the motley crew do what they can to liven things up while the villain adjusts his aim and we discover exactly what is in the bottles of conflict and how they're going to change things for everyone, we come to the time when we have to shift into resolution, so we can solve the problems, wrap things up and finish the story so everyone can go home.

Or not, at least, not entirely. I'm a series writer, so every ending is an opportunity for me to see what happens next. Rather than let the characters vanish on the last page, I'd rather follow them somewhere else, see what they go from here. For me the characters really are what drives every story, and I like to take more than one journey with them. And that eerie time-shifting lake obviously isn't going anywhere.

The next time you'll be out and about for a day, take your camera with you, and snap some shots of your corner of the world. You never know who you'll run into, or what story they're waiting to tell you.
Posted by the author at 12:00 AM