I am not going to jump on the bandwagon intent on running down this year's nominee for Biggest NaNoWriMo Basher. I had a choice this morning of reading this nitwit's opinion of me and all my fellow NaNo'ers, or making an apple pie for dessert tonight. The apple pie easily defeated the nitwit. 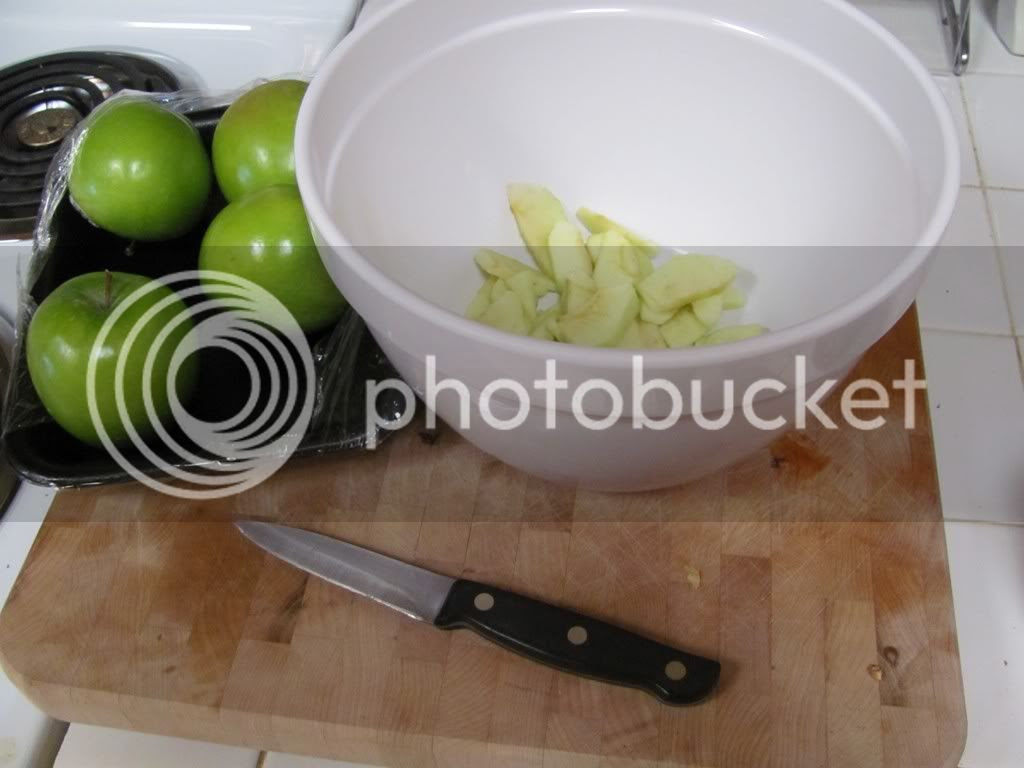 I love to think about story when I'm cooking, especially when I'm baking apple pie. The oven warms up the kitchen, and the apples add a nice tart scent to the air as I peel and slice them. I add cinnamon and get a little reckless with the nutmeg; I love the smell of nutmeg.

They should call it baker's cocaine, my protagonist tells me as she invites me to walk with her through her next scene. And as I'm rolling out the pie crust, I'm also standing in an orange grove with her spying on her nemesis, who is doing laps in his heated pool. We both hate him, but we also both think he's got a killer bod. The mix of her feelings stirs along with my spoon as I toss the apple slices and consider the outward/inward manner in which she'll react when half-naked Nemesis discovers her lurking around his place. In the process I learn something new about both characters. 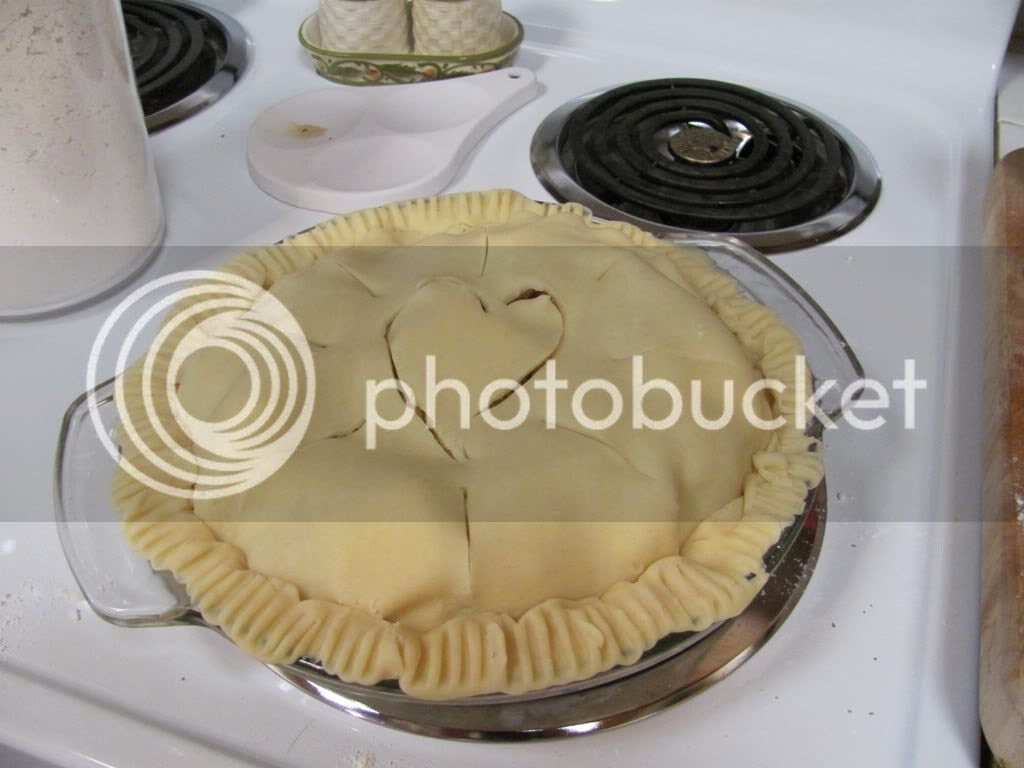 Finally my pie is constructed, and I take a photo of it before I pop it in the oven. It's not going to win any pastry beauty contests, but the taste will be a luscious, not-too-sweet delight. I know from experience that my guy and our daughter will demolish at least half of it after dinner. They aren't expecting it, either, so it'll be a nice surprise. Now it's time to get back to writing; I'm relaxed, happy, and mentally ready to put this scene on the screen. I have a couple of hours to work, then it's off to do school pick-up, homework patrol and get dinner rolling. Right now I feel like I could wrestle a couple of bears, too.

That's how I work, and I couldn't do it if I was busy running around the internet reading trash written by bashers. I knew as soon as I heard about this disgruntled little soul that if I read the piece, I'd get offended and depressed and pissed off, and probably spend another hour trying to detox from it before I even tried to write. There would probably be a couple of TUMs involved in that process. I wouldn't feel like cooking, so no homemade apple pie for my family, and no time to spend with my protagonist or walk through the scene with her. I wouldn't have discovered anything new about my characters, and the chapter and the story would have suffered for it.

As important as your writing time is, what you do during your non-writing time also has an impact on the work. Baking a pie is work, but it's also magic. It's like creative alchemy; it gives back a dozen times what it requires in effort. Just the aromatherapy benefits alone (my house will smell wonderful all afternoon) are worth the trouble. It also gave me time to wonder, and relax, and indulge in some imaginary choreography. As busy as my life is, that kind of time is unbelievably precious.

Living the writing life means making a lot of choices. You can spend your non-writing time immersed in contempt, and hatred, and cleverly-worded tantrums, and waste your energy going after the people who live for that crap (who could care less what you think, btw.) You can let it sour you, make you bitter and discontented, and eventually burn up whatever talent you have feeding the high-octane engines of your perpetual anger. 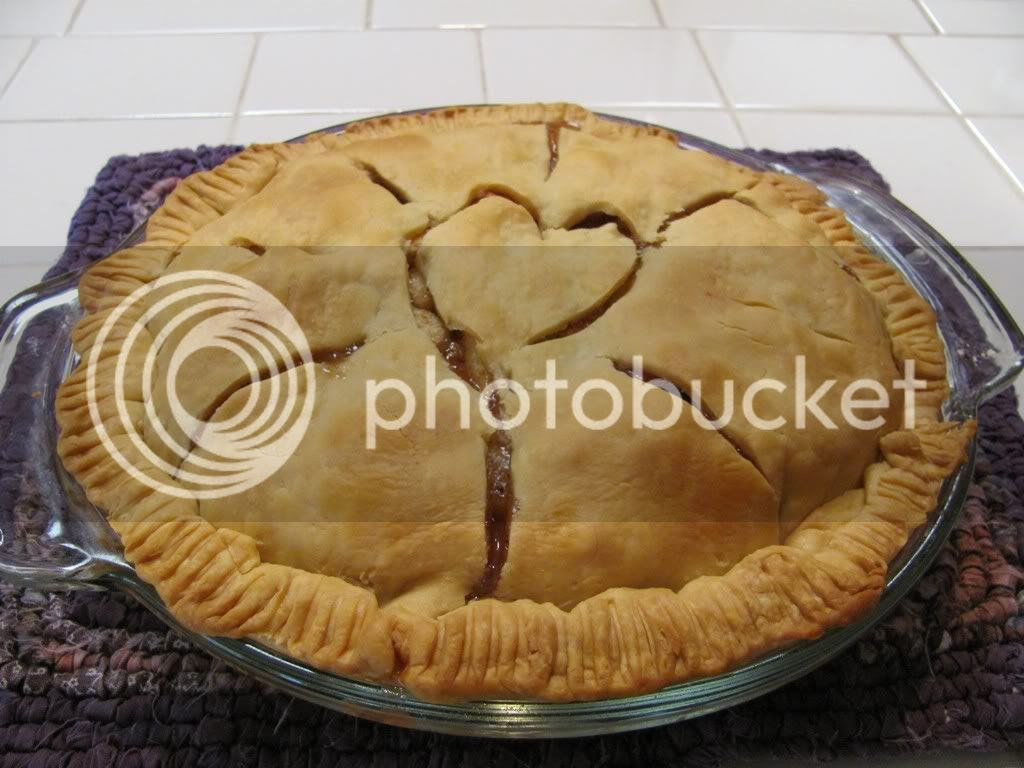 Or you can shut it off, walk away from the wolves and the sheep, and use your non-writing time to accomplish something personal that has meaning to you. Something that fills you with warmth and satisfaction (we do call it refilling the well for a reason), boosts your self-esteem, renews your sense of creativity and makes you and those who share your life happy. Something that gives back more than what you brought to it.

I know which one makes me a better writer, how about you?
Posted by the author at 12:00 AM