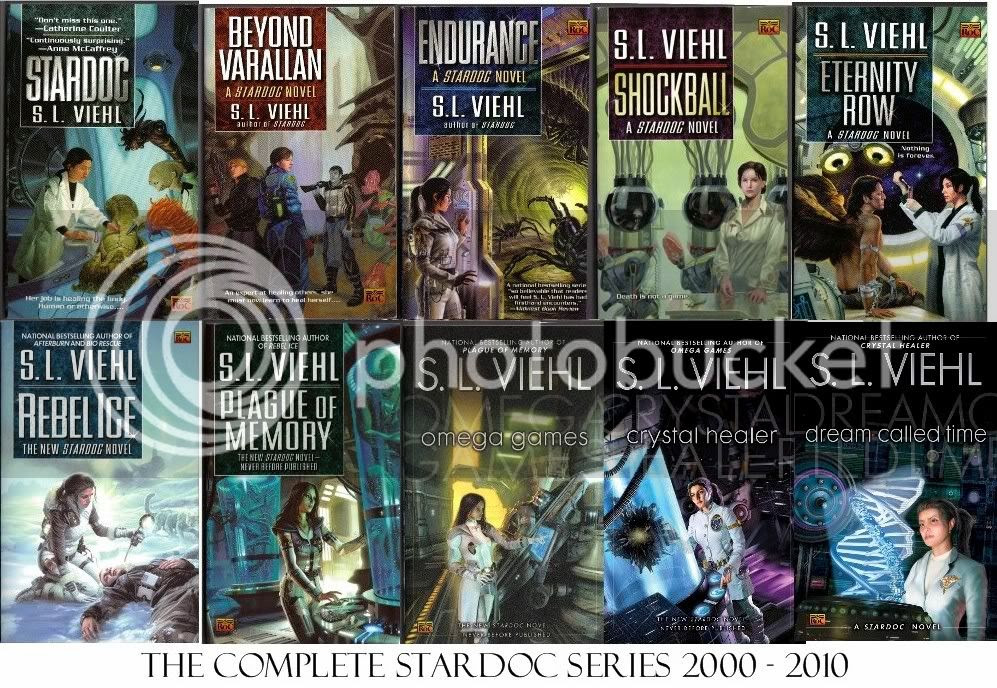 Many of you have been asking if/when several novels in the StarDoc series that are currently out of print would be converted to e-book format and made available for purchase. Thanks to my agent, I finally have an answer for you. To quote the publisher:

Our ebook team is putting the following titles in the queue for conversion: Endurance, Shockball, Rebel Ice, Plague of Memory and Blade Dancer. They should be available in a couple months.

I think that covers all of the series that wasn't in e-format (and Blade Dancer, which is a standalone set in the StarDoc universe, is a nice bonus.)

Also some good news for my German readers: my publisher has just made a foreign rights deal for two more of my Darkyn novels; Night Lost (book four in the series) and Evermore (book five) as well as two of my Jessica Hall novels, Into the Fire and Heat of the Moment.

Last but not least: the final outcome of the idea that became a proposal for three books that became a contract negotiation is this: I've accepted an offer from NAL for the entire trilogy.

Naturally it's not final until it's in contract form, and signed by me and everyone else, but all the major details have been hammered out, so unless something radical changes it's a done deal. Did I mention what I'm planning to write? Maybe you can tell from the (unofficial) series title and theme icon I just put together:

The first novel in my new Darkyn trilogy is tentatively scheduled to be published in Spring 2012.
Posted by the author at 12:00 AM