I've gotten into the habit of taking my camera with me almost everywhere, because the ordinary things I photograph often give me story ideas. For example, this spider (click on any image to see a larger version): 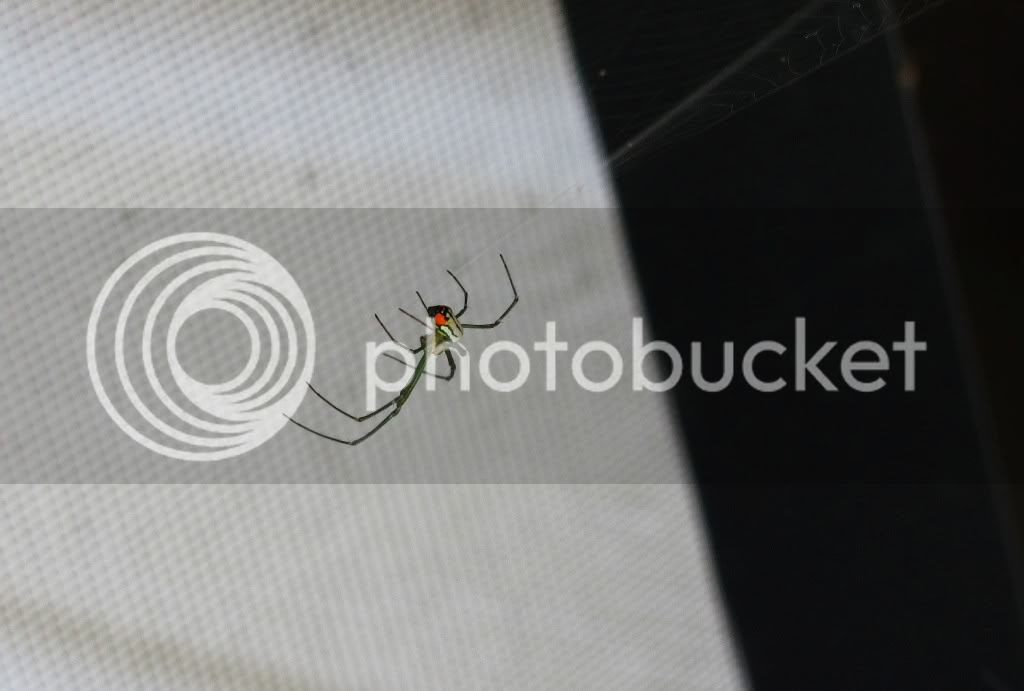 She set up house in one corner of my porch near where I like to write (and before I relocated her, I took a shot to show my guy.) That's when I noticed the little red dot on her butt, which made me think of another kind of bug (the reclusive, unnoticed surveillance variety.) Would you notice a bug on a bug? Probably not. Could you use a bug as a bug? Why not? And thinking about how I'd use her as the other kind of bug ended up in a scene in Frostfire. 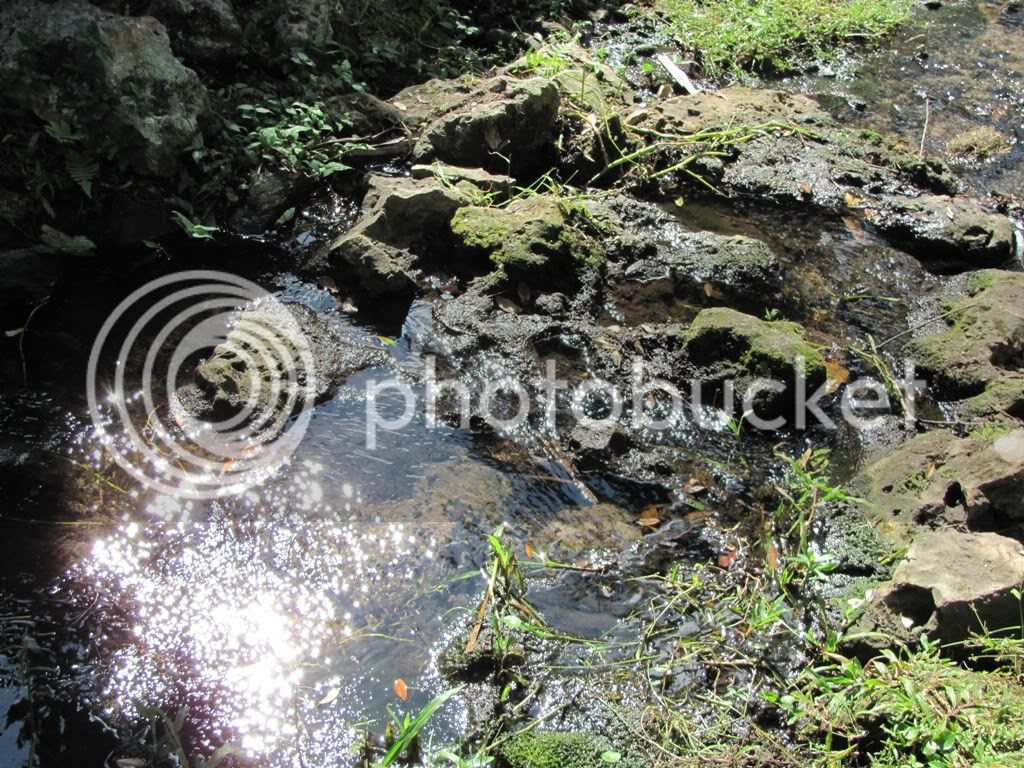 I was in a park with my daughter when I noticed a little artificial spring and decided to take a photo of the water. As soon as I focused on it, the sunlight hitting the surface began shooting bright vertical light beams across my camera's display. It was almost like the transporter visual effect from Star Trek TNG. Despite this, the picture I snapped only showed a modest amount of sparkle confined to the surface of the water. Now I'm sure there's a logical reason why what I saw on the display didn't match what I saw with my eyes, but what I thought of was something I actually needed to up the wattage for a story I'll be writing next year.

In the same park I also saw these odd wee pods sprouting from a big plant that I didn't recognize. I stopped to admire them because they look just like teeny little pumpkins. If mice ever needed jack-o-lanterns, these would be the perfect size for them. And if mice celebrate Halloween, they'd need little costumes, too. They probably dress up as cats and owls and exterminators before they go out trick-or-treating. I bet on Halloween night all the candy the human kids drop while they're making their rounds ends up in the paws of trick-or-treating mice. Then when it's very late, and all the human kids are back home waiting for their mothers to inspect their bags, the mice gather in the park to swap mini-size candies (everyone wants the Snickers, of course) and have tiny pumpkin-carving contests. They catch fireflies and put them inside to light up their jack-o-lanterns, and just before dawn they dig little holes and plant the pumpkins so the humans don't find them -- and more plants will grow for next year's Halloween for Mice. That would make a cute illustrated children's book. Only this year, one drowsy mouse forgets to plant his pumpkin, and the next morning it's found by . . . and more of that would make a fun young reader book. All of that came from just this one picture.

A camera can be a marvelous tool to create writing prompts for yourself. If you have one and you haven't used it in a while, take it out, dust it off and play with it for a week. Take a shot of anything and everything that catches your eye, then sort through the images and see what sparks your imagination.
Posted by the author at 12:00 AM