As a SF writer I've had to build a lot of planets, and I'm always on the lookout for new inspiration. Lately I've been playing with an idea that includes terraforming a water world to create artificial land masses and colonies for offworld visitors and maybe even some colonists.

The obvious solution is to boat them around and/or create floating constructs, but it's been done. I don't want underwater colonies because it doesn't serve the story idea. Then I toyed with the thought of deep drilling to tap the planet's asthenosphere to generate controlled underwater volcanic activity (which is what created a bunch of landforms on our planet) but that comes with a lot of logistical headaches and reminds me too much of what's happening now in the Gulf.

I'll keep working on it, but in the meantime, I thought I'd share some of the cool stuff I've come across while researching the concept: 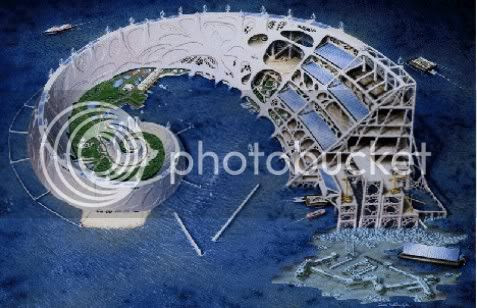 German architect Wolf Hilbertz's Autopia Ampere, which builds itself using minerals from the sea via electrodeposition. I love this idea so much I am permanently green with envy. 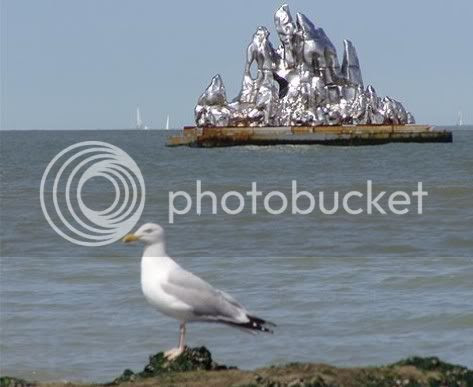 Art becomes island: Chinese sculptor Zhan Wang's Floating Mountain of Immortals. This appeals to me on a couple of levels, and connects with something I've done a couple times in other books, but can you actually live in art? 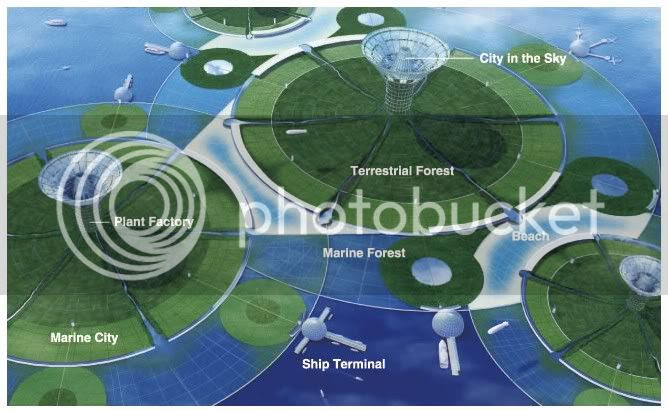 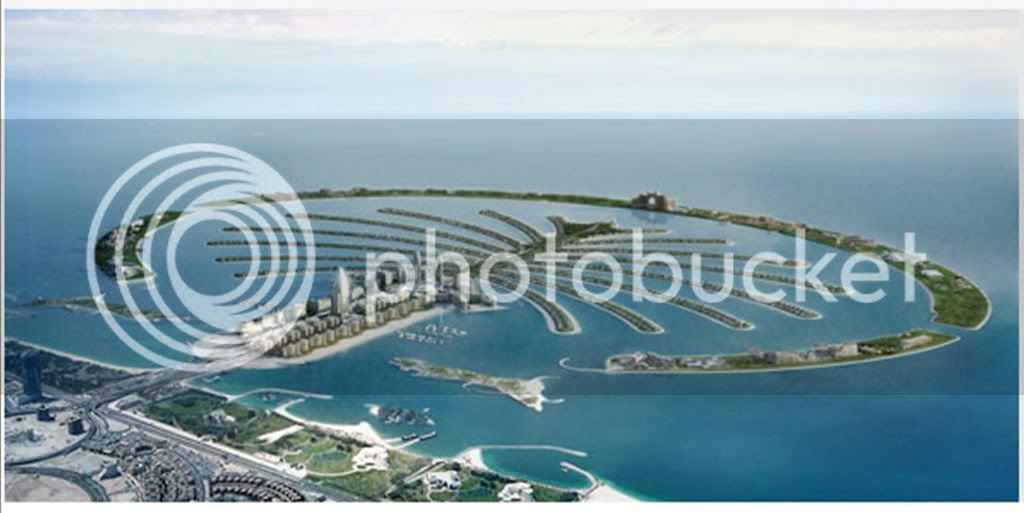 Palm Jumeirah, one of Dubai's Palm Trilogy of manmade islands. Like a floating DisneyWorld for the yachting crowd, I guess. 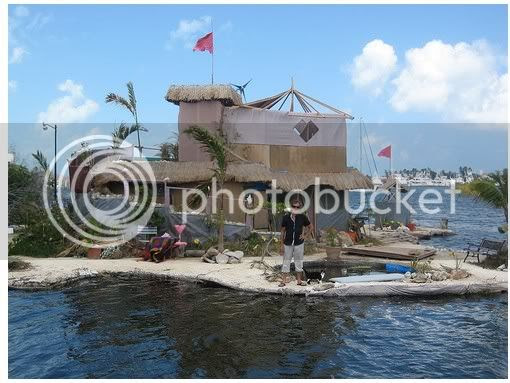 Richard Sowa built Spiral Island on a base of thousands of plastic bottles (recycling at its finest) and while it was later destroyed by a hurricane, he's going to do it again with Spiral Island II.

Finally, I can never talk about cities or water worlds without mentioning Project Indigo, the mind-blowing vertical seaside metropolis imagined by artist Jesse van Dijk (for which I will be eternally grateful to Eva Gale for passing along to me.)

*Link swiped from Gerard over at The Presurfer.
Posted by the author at 12:00 AM