The NY Times mass market bestseller list is tough to get on any month, but when I saw this past week's list I knew my name wouldn't be showing up on it at all. Sure, I've had some luck in the past, but let's be realistic. There are just too many big names who have huge print runs and massive marketing campaigns, and usually stay on the list for multiple weeks listed there. Far too popular for my new release to battle; I knew the minute I read it that it was an uncrackable list.

I couldn't get depressed about it; I'm very happy with how the admittedly low key release of Dreamveil went. Okay, the book shipped a couple weeks early, but what else is new? Everyone here seemed enthusiastic about it, so I was pretty sure it would sell well. I got to do some interesting things with the story and I thought the readers would enjoy it. The free e-book I posted also was well-received (it got almost 10K hits and over 1200 downloads in the first week, which is really fabulous.) Early buzz has been favorable, too.

Today I got the Times mass market list for my release week (you all will see it next week) and as I suspected it was pretty much an uncrackable rollover: all big names, some with multiple titles, all getting second, third, fourth and fifth weeks on the list. I compared and counted, and only four new titles actually made it into the top thirty, with three of the four novels are by very popular male authors.

The fourth and last novel to debut on the list, coming in at a very respectable #26? Was by this chick: 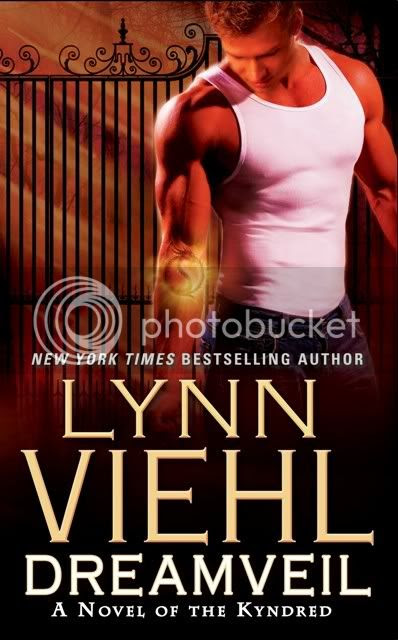 You guys cracked the uncrackable and made my novel look terrific. Thank you for this awesome show of support.
Posted by the author at 12:00 AM