First, I have to share this comment, which was left on the blog a few minutes ago (the bleep on line one is mine):

Hey you! All this stuff is so [bleep] great for writers around the universe. THANKS A LOT. I would retweet it, but... HOW? NEITHER YOU'VE A TWITTER OR FACEBOOK PROFILE. Gwt one, to get more people coming around you.

Thanks for the compliment. I'm glad you thought all this stuff was so [bleep] great. Alas, I'm never going to have a Twitter or Facebook profile. Ever. The universe will collapse first. So please stop screaming at me.

Now that I've taken care of that, I'm heading off to finish some work and family committments. So that your visit here was not entirely wasted, here are some photos of our the latest backyard drama: 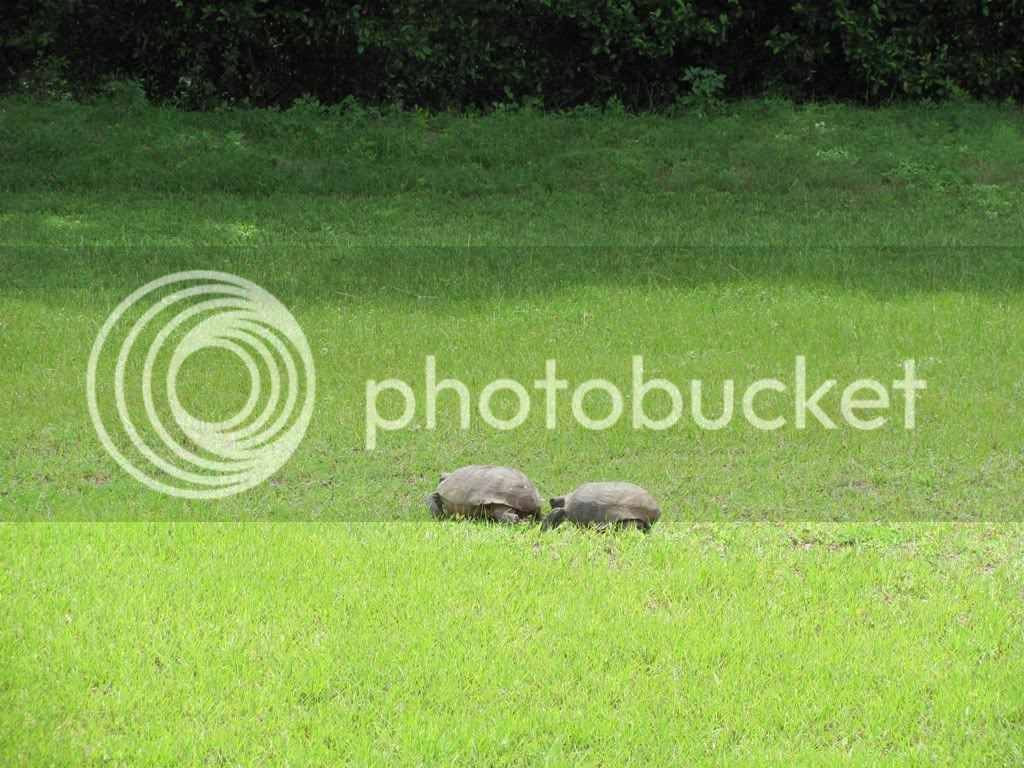 From the porch I spotted a couple of tortoises playing follow-the-leader. We have a couple of burrows on our property, but since I've never seen two of them together like this, I thought they might be a couple in the making. 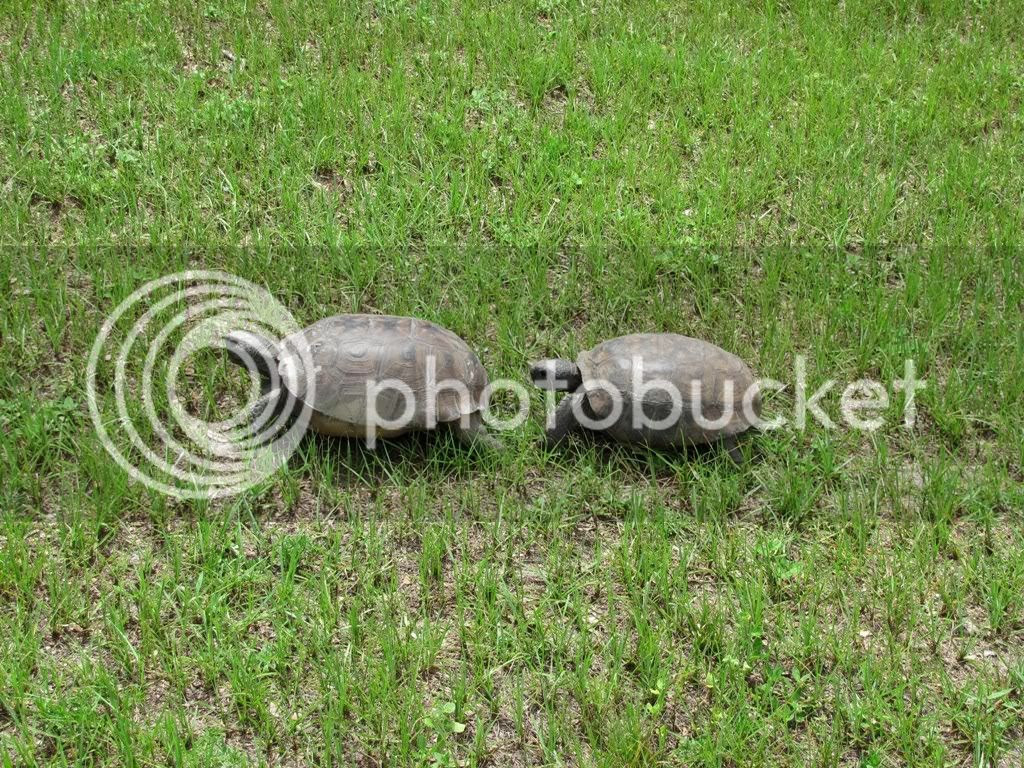 The larger tortoise in the front kept stopping to nibble on weeds (another reason to love these critters -- they're natural born weedeaters) while the smaller one kept rearending the back of his shell. 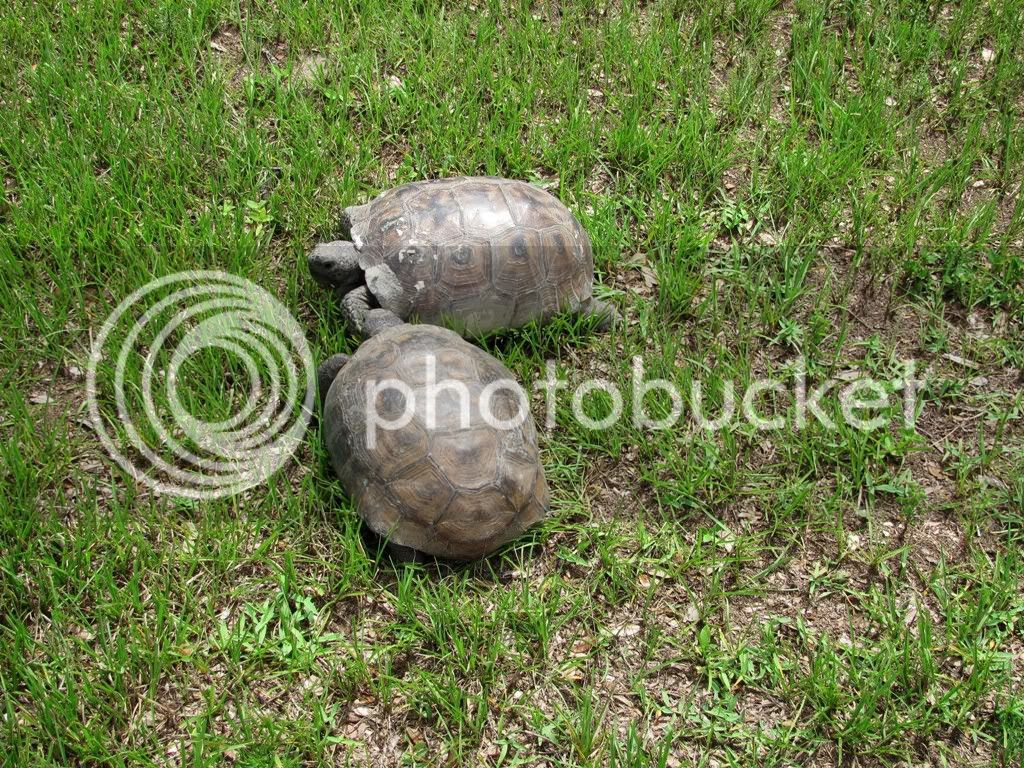 Finally the big one turned on the smaller one, and while I didn't get a picture of it, the smaller one promptly rammed into his side and tried to flip him onto his back. 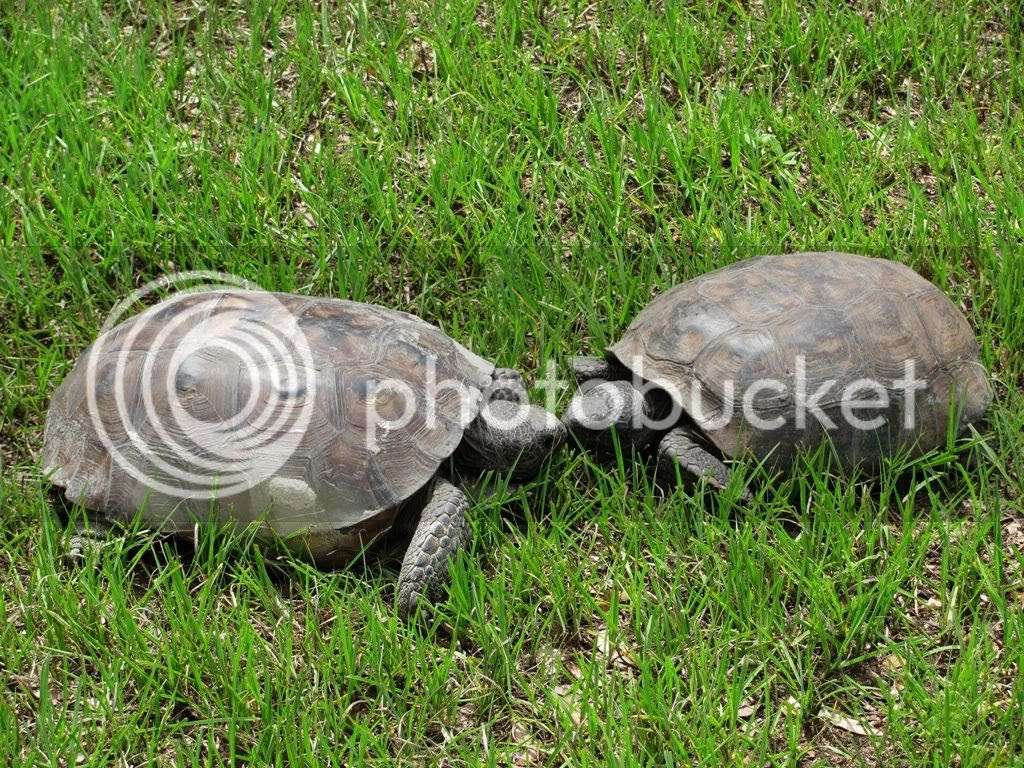 That's when I realized they were probably not lovers in the making, but members of the same gender who were fighting over territory. 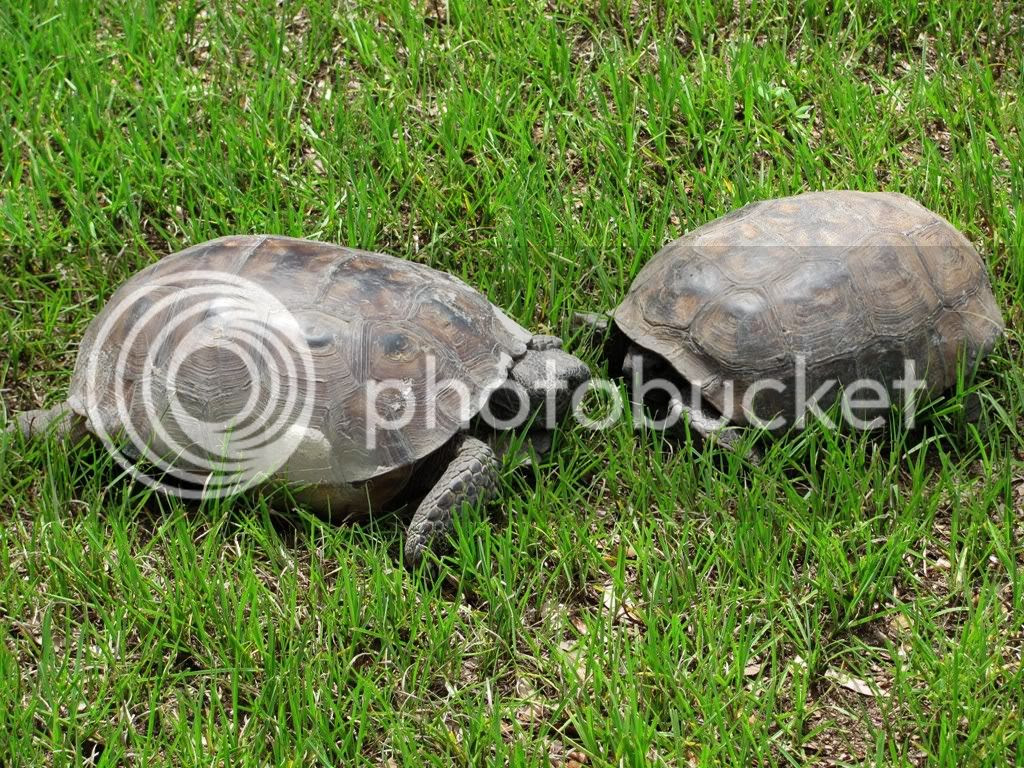 Watching tortoises fight is hilarious. They go nose to nose, bob their heads like . . . bobbleheads, I guess. One time they pulled inside their shells and rammed each other head-on, and the collision sounded like a mini fender bender.

The smaller one kept using his flippers to fling dirt at the bigger one, but whenever the big one became more aggressive, he would retreat in his shell. Oddly enough neither one snapped at each other; maybe sea turtles are the only ones who do that. 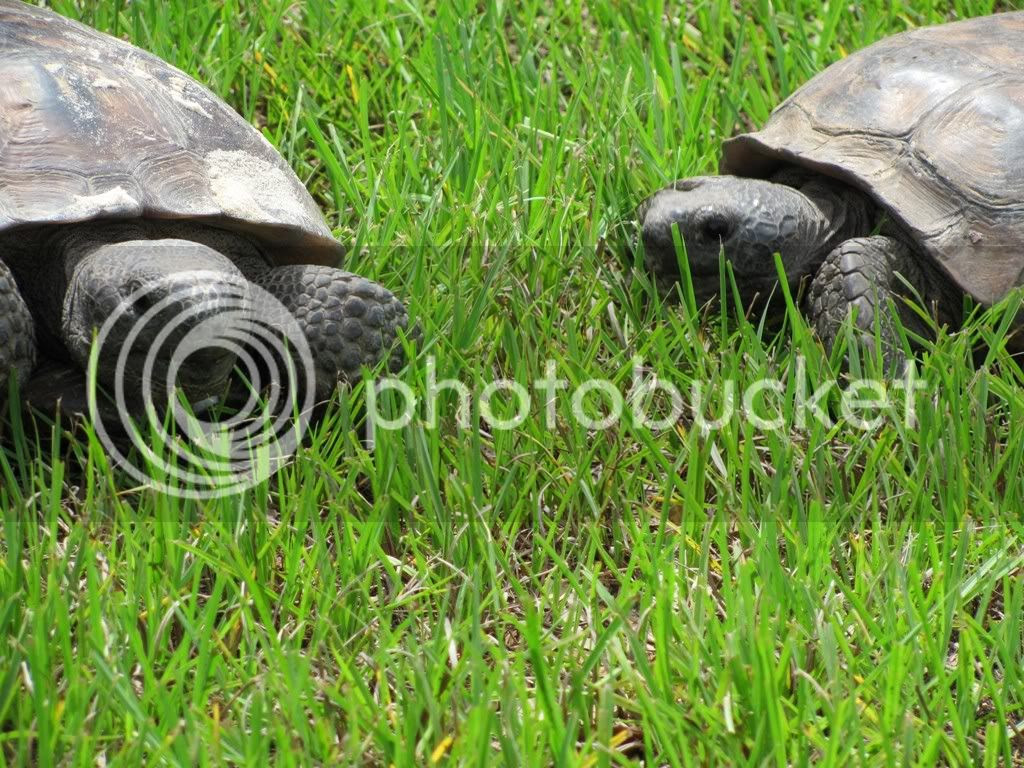 After about ten minutes of this the two stopped fighting, sat side-by-side for a minute, and then turned away from each other and went their separate ways. So it was a stalemate, or they just got tired of me taking pictures of the fight.

Kind of reminded me of some of the battles I've watched on the internet.
Posted by the author at 12:00 AM

Labels: humor, off to write