I like to clean out closets in the spring (okay, I like to clean anything, period) and this month I decided to tackle the kitchen cabinets and a big entertainment/storage unit we have in the living room. Both are sorely in need of organization, and one of the cabinets had a rickety top shelf that needed repair. While my guy was handling the latter, he found this in the very back of the top shelf: 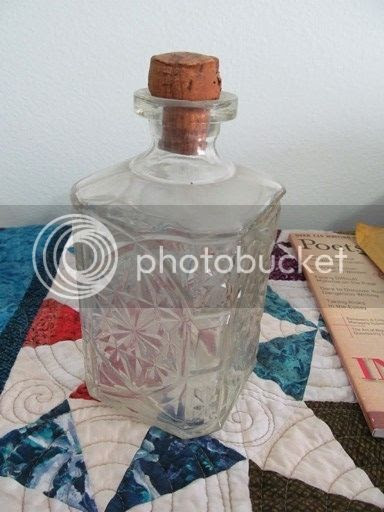 We don't drink, so it definitely wasn't ours. I did a little research and found out it's a pressed glass liquor bottle from a manufacturer in Puerto Rico, and was once possibly filled with rum. I doubt it's valuable -- I seem to remember my parents having bottles like these back in the seventies -- but it is interesting to see that it was hidden in the very back of a cabinet. Perhaps a previous occupant was indulging on the sly? If that's the case someone would have had to use a ladder or climb onto the counter to reach it. But what if it was hidden for another reason?

Beneath a pile of clutter in the storage unit I also found this: 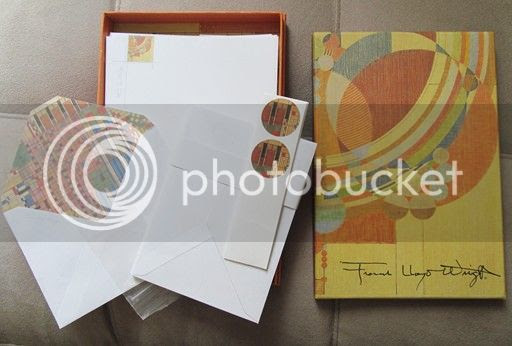 It's a beautiful stationery set in pristine condition, but it isn't mine. Since the storage unit came here completely empty (I know, I unpacked it before we moved) it's either a gift someone gave me that I forgot about, or it was left by a visitor. I've asked everyone but so far no one has claimed it. Since I'm a letter writer and architecture junkie, I'm happy to put it to use, but it does raise some questions. Why would someone go to the trouble of bringing a set of stationery on a visit, hide it in my storage unit, and then leave it behind?

Mystery discoveries are great story starters. Imagine your character finding a beautiful old liquor bottle filled with something other than liquor: a message, jewels, rare coins, or perhaps something more gruesome, like teeth, or wedding rings. A stationery set becomes even more interesting when your character finds a half-finished frantic letter in the very bottom, or a list of names being crossed out, or old hundred dollar bills tucked in every envelope. Using a mystery discovery as a story starter is like undertaking a reverse treasure quest -- your character begins by finding the treasure, which compels them to backtrack to find out how it got there and what meaning it has.

Have you ever made any mystery discoveries in your home that would make good story starters? Let us know in comments.
Posted by the author at 7:00 AM