Until recently I didn't know it, but I've been smashing every novel I've written since the eighties. I've also smashed my personal journals, sketchbooks, quilt diaries, poetry binders and daily planners. I've even smashed the notebook I use for what I write on PBW.

Before you start calling me a wrecking ball, I don't mean smash as into smithereens. "Smashing" is the new term for a trend in the scrapbooking industry that capitalizes on the very old practice of saving souvenirs, mementos, bits and pieces and other memory prompts in a journal or notebook. And whether you call them smash books, scrapbooks, memory journals or idea diaries, if you save any kind of junk-drawer type ephemera in book form, you're smashing.

Smashing is something most females do throughout life, I think. In Girl Scouts we used to make camp diaries and stick everything in them from pretty leaves to paper airplanes; in high school just about every girl I knew kept pressed flowers and prom programs tucked in their yearbooks. In my kids' baby albums I saved their hospital IDs, new baby cards and snipped locks from first haircuts. I have journals riddled with the kid's homemade cards, programs for all their school shows, and my guy's love notes (he always uses Post-its and leaves them in the strangest places.)

Quilters are old hands at smashing; just ask one of us to bring out a quilt diary. Along with the photos of finished projects displayed on the pages there will be swatches of fabric, experiment blocks, copies of patterns, old stencils and templates, you name it. I used to tape every needle I bent or broke in my quilt diary and then count them at the end of the year (which is also how I learned to spend a bit more money and buy better needles.)

If you're not already a smashing writer, it's simple enough to do. You need a notebook, photo album or 3-ring binder to serve as your smash book, writing instruments, paper, sticky notes, paperclips, glue stick or photo mounting adhesive (I use these little double-sided squares because they're easier than glue for me to handle.) As you collect words, ideas, images, notes and other assorted bits of inspiration and resources for your story, you put them in the book. You can be as creative or as simple as you like; there are no rules involved.

I decided to do it proper and bought K&Company's smash journal as well as a bunch of their accessories. Target and most craft stores carry a good variety, and they're not super expensive; I spent about twenty dollars for my pile of stuff. The one thing I like are the pocket pieces that I can adhere to a page and tuck things inside; that allows me to remove or add whatever I like to that particular page.

To show you some examples, here are some of the pages I put together in my smash journal for the next novel: 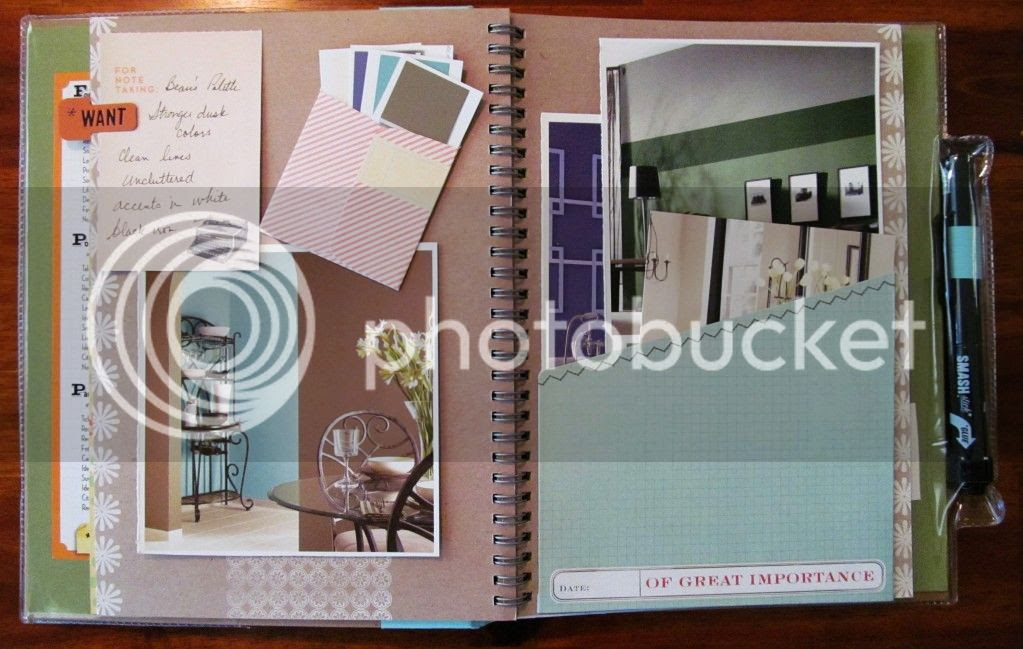 This one is for the male protagonist of my next novel, and has palette inspiration photos, paint chips and some notes for myself on particular setting details. 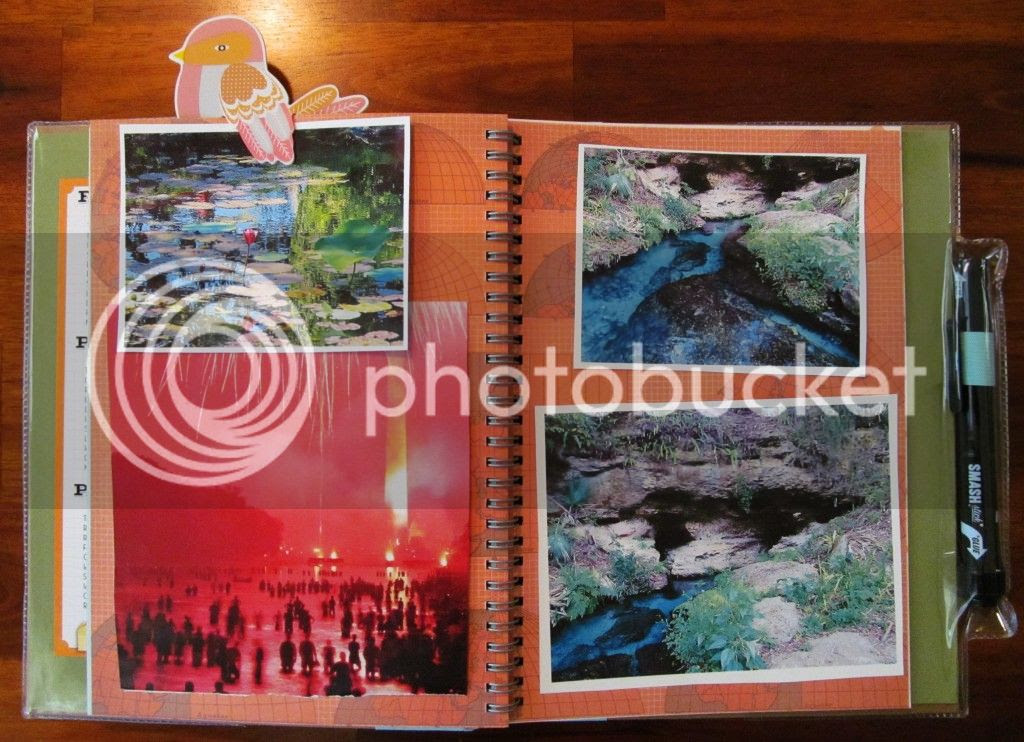 Sometimes I mount photos on the pages permanently for quick visual reference. For these two pages I collected pics I've taken in real life, but I also want to do something in one scene that transforms that setting (which is why I added the eerie red image I clipped from a calendar.) 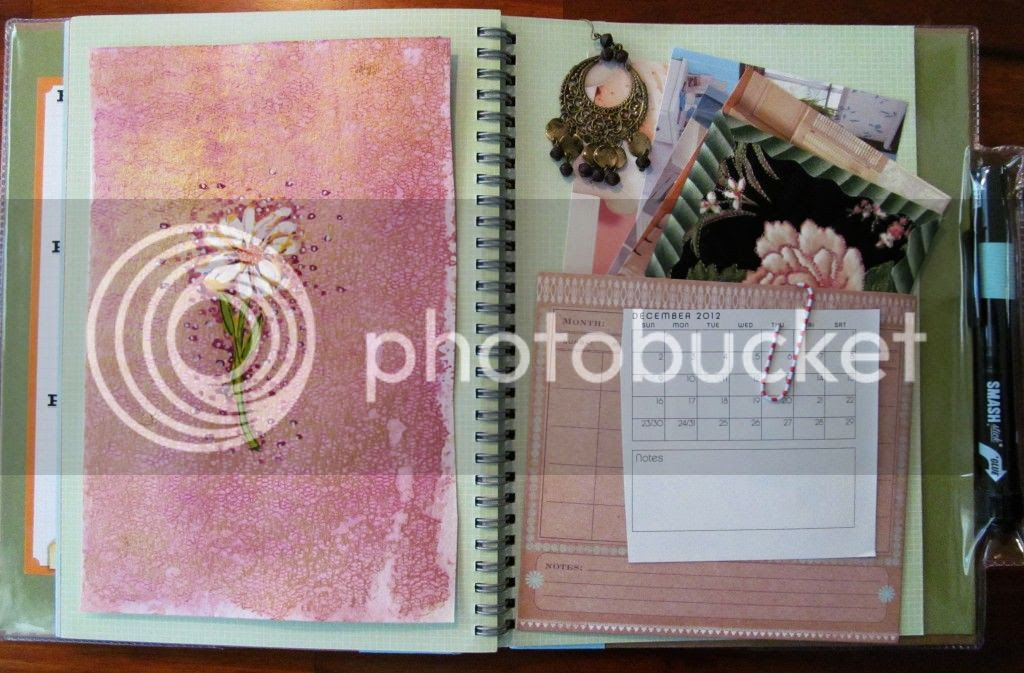 I also pages with random stuff that catches my eye. These two are for the female protagonist and are kind of a catch-all for the stuff I'm using her character, dialogue, setting, story palette, and pretty much everything else that appeals to me.

You can organize your smash book according to characters, setting, dialogue, plot, etc., but I don't ever find anything in precise story order so I don't worry about keeping it alphabetized or indexed. Although if you put together a huge smash book, you might want to use alphabetic dividers, tabs or come up with named/themed sections to keep it easy to reference.

I enjoyed discovering this new way to keep my writer junk tidy so much that I bought more of everything to give away here on the blog: K&Company's Mod-style Smash journal as well as a nice assortment of their most interesting and useful smashing stuff: 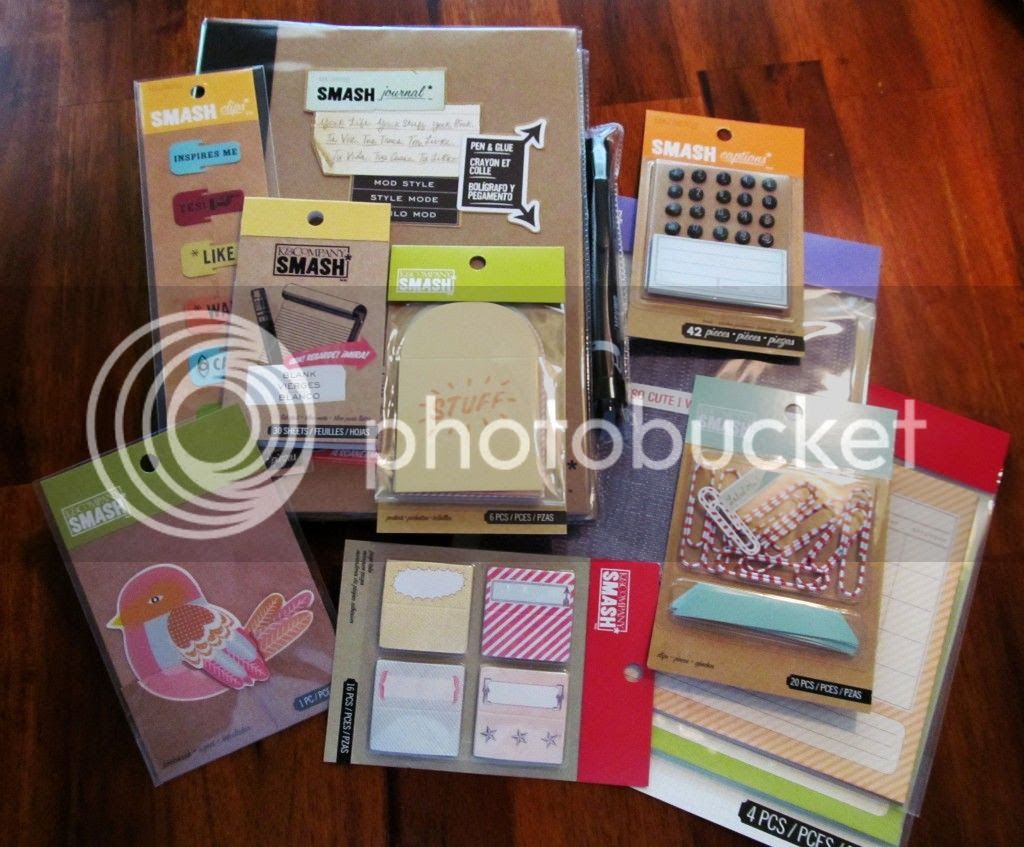 If you'd like a chance to win the whole pile, in comments to this post suggest a theme you think would be interesting (doesn't have to be about writing) for a page in a smash book by midnight EST on Thursday, April 26, 2012. I'll draw one name at random from everyone who participates and send the winner the smash journal, the accessories and a signed copy of my novel Nightborn. This giveaway is open to everyone on the planet, even if you've won something here at PBW in the past.
Posted by the author at 12:00 AM