My guy and I were walking by the lake last night so I could photograph the sunset when I spotted something happening near the water's edge (click on any image to see larger version): 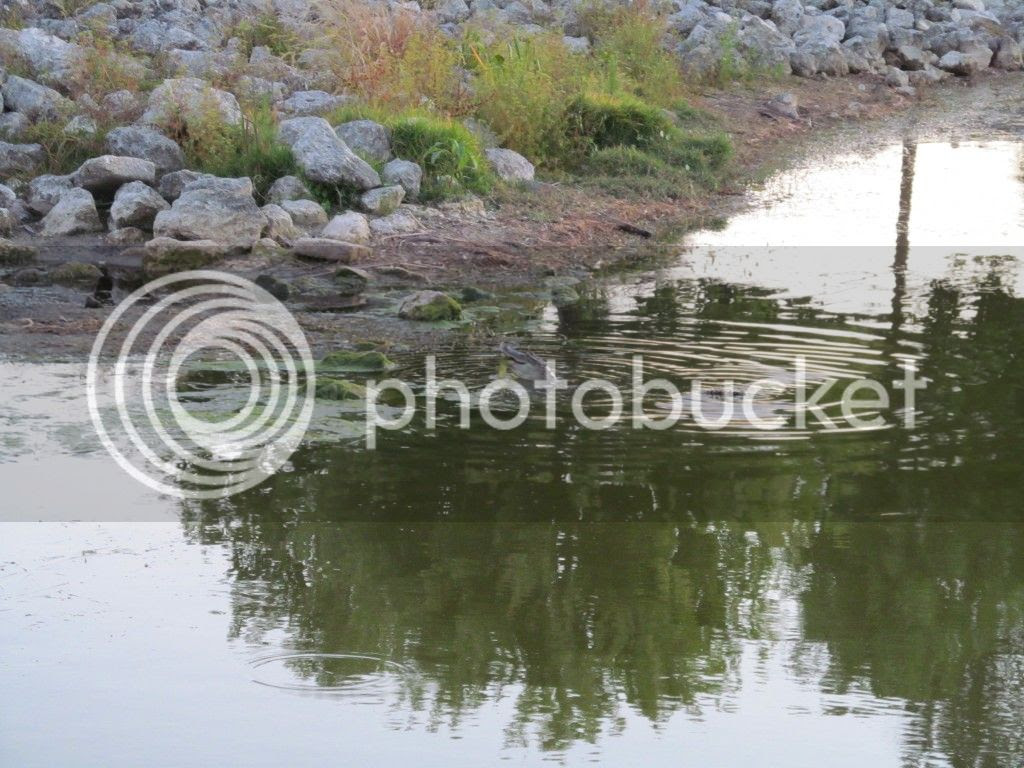 When I zoomed in with my camera lens, I was amazed. The head of a little four-foot gator (and yeah, for gators, that's little) had surfaced, and he had just caught a fish: 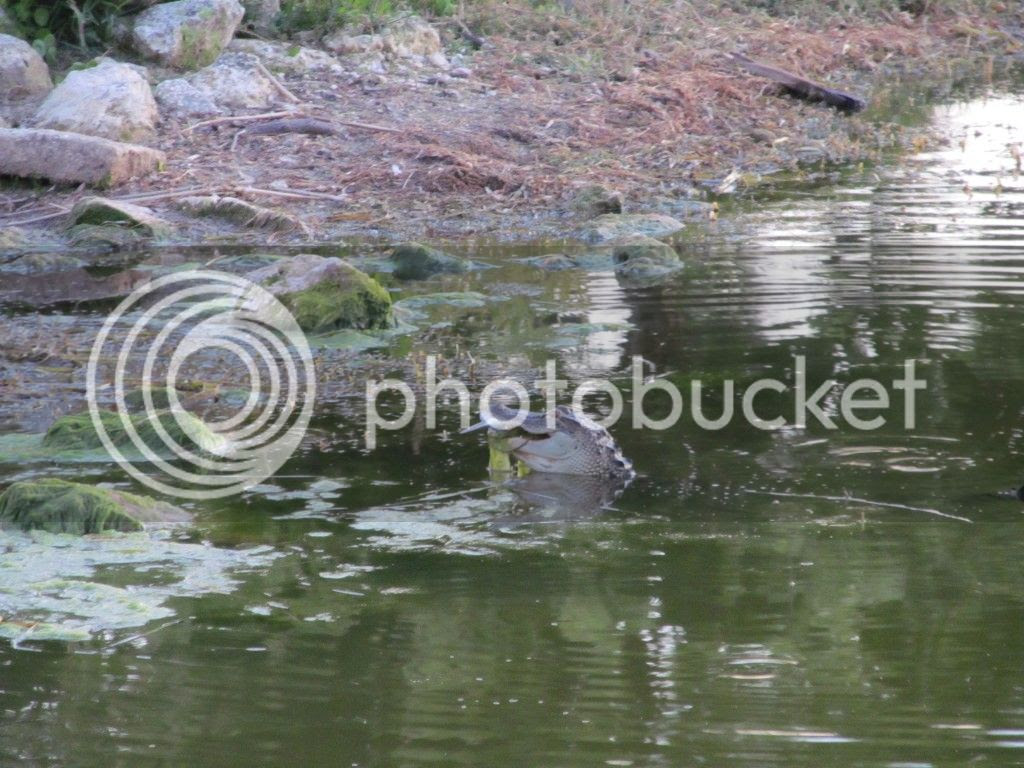 Lil Gator was all ready to enjoy some sushi. The problem was the fish, which was roughly as big as the gator's head -- too big for him to swallow whole: 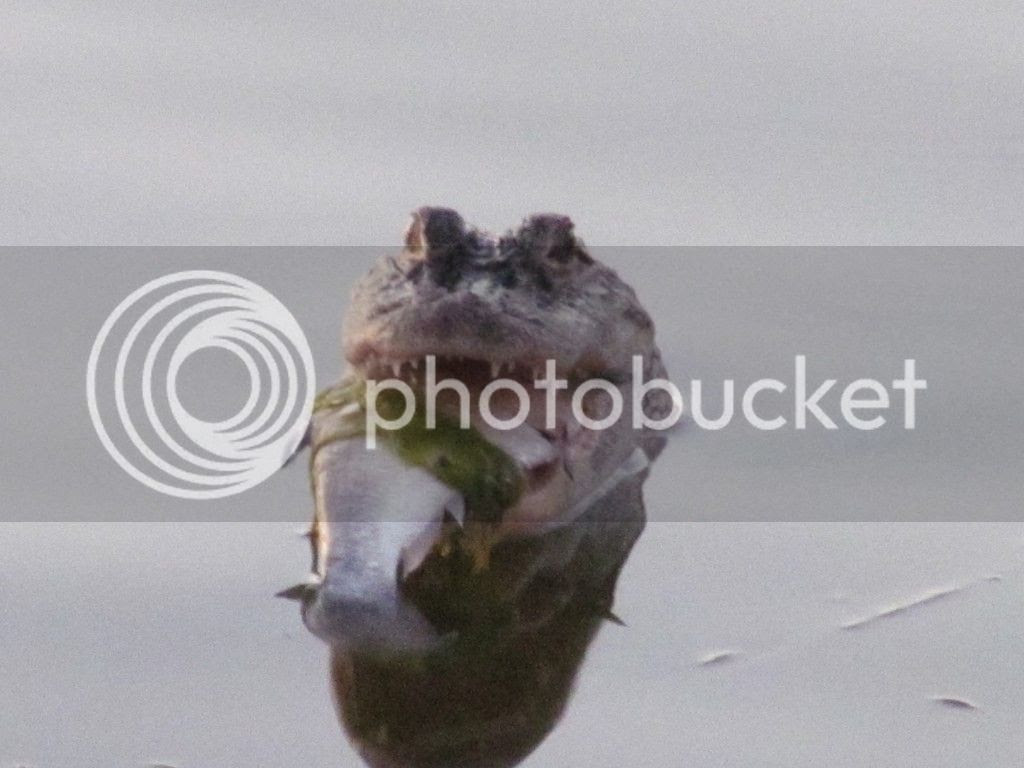 At first glance I figured Lil Gator would either have to let it go, or bite off a chunk and let the rest fall back into the water. Meanwhile, interested fisher birds started to gather on the rocks, and another little gator surfaced to cruise toward the commotion.

The dilemma and the pressure didn't stop Lil Gator from trying to swallow the fish whole, but after a couple of futile attempts he began working on the problem by shaking it and turning it around and gnoshing on it: 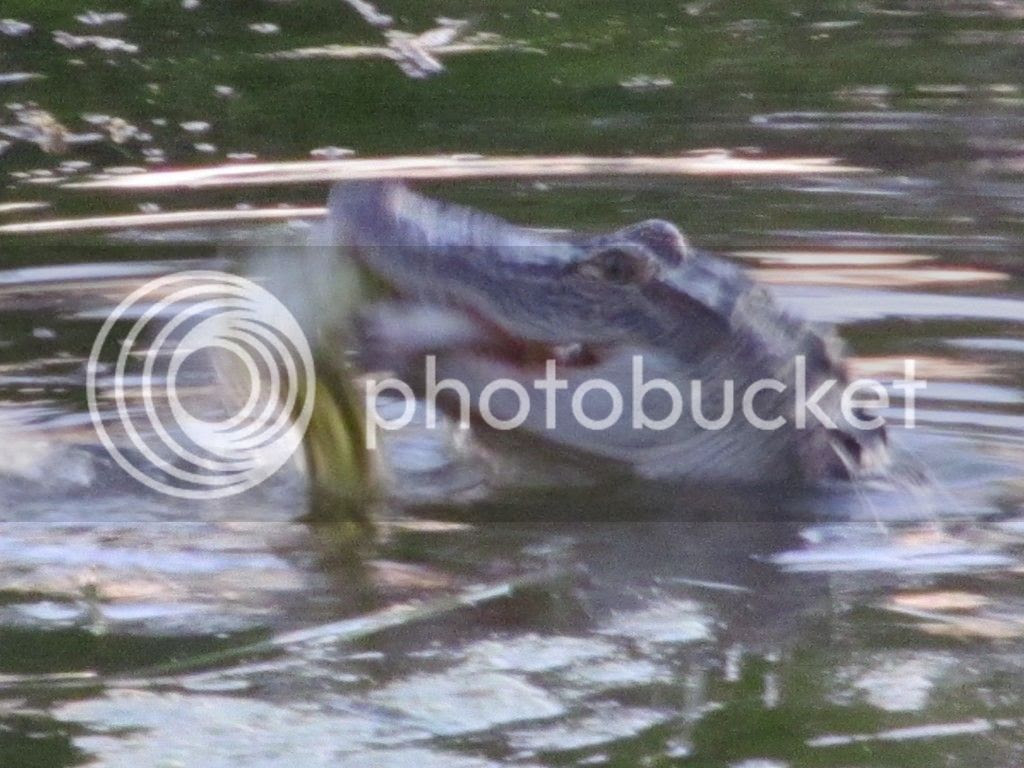 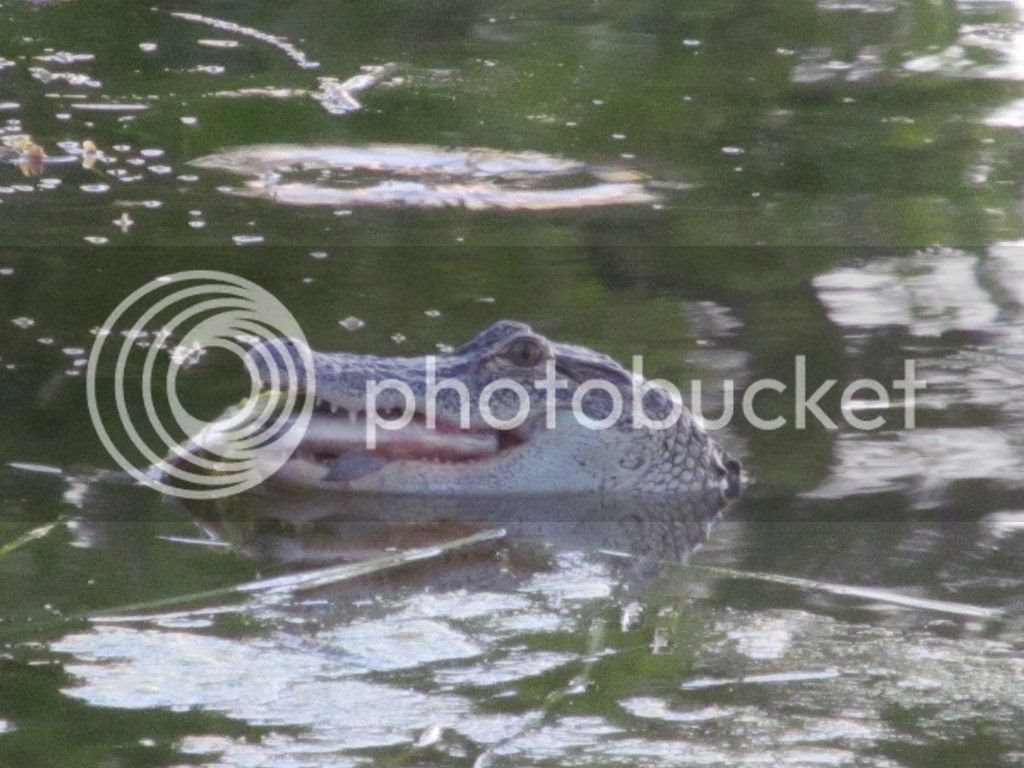 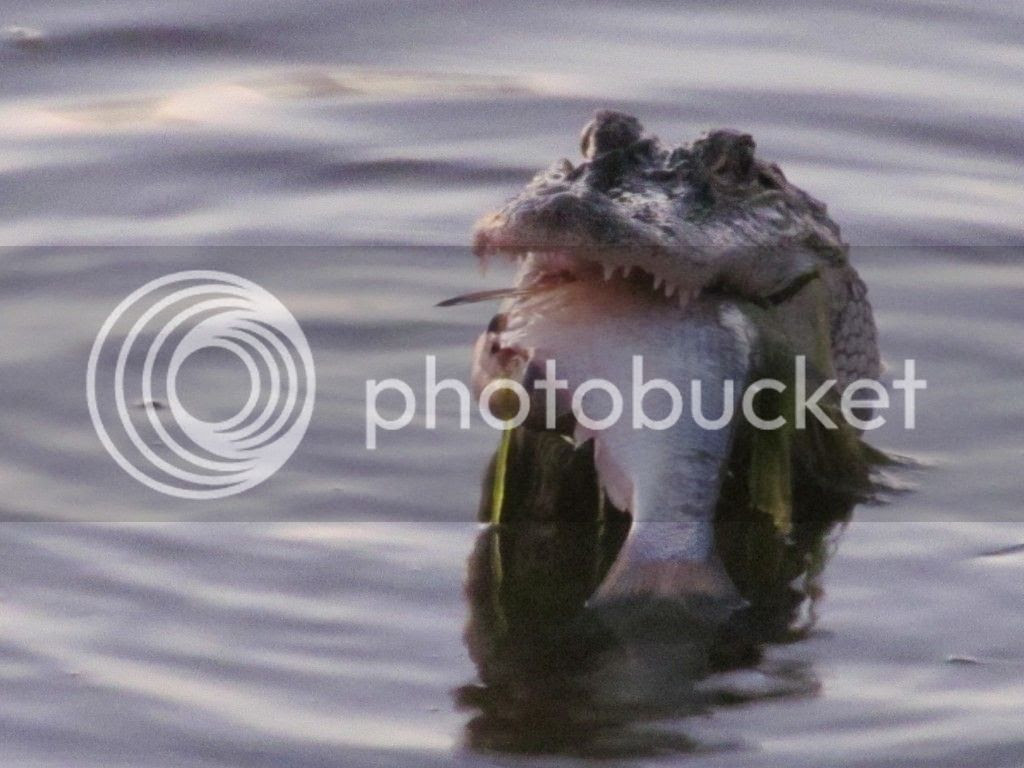 The whole process took a good ten minutes, but in the end Lil Gator's efforts worked, and he gulped down all of the fish: 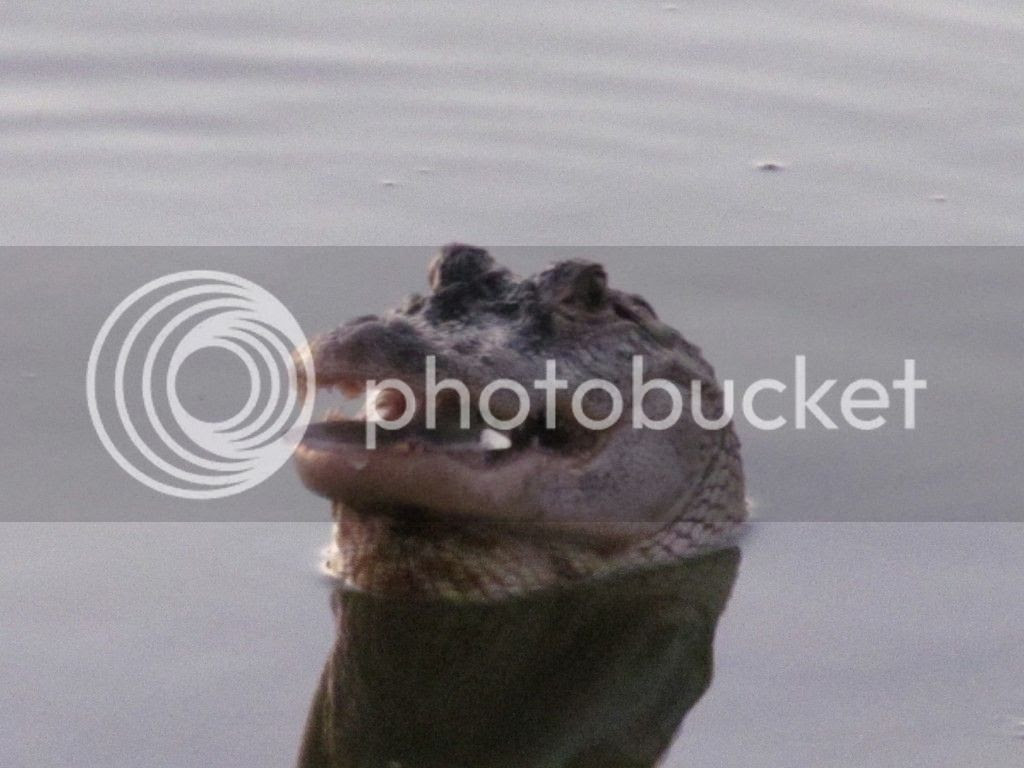 Watching Lil Gator earn his sushi feast reminded me of how it is with writing (because of course everything is about writing.) When you latch on to a story idea, it can be huge. Much bigger than your head. No matter how good it looks, you realize how tough it'll be to make it work. Getting it done is going to require a lot of effort, with no guarantees. You might lose your momentum, choke in the middle of things, or something in life might even swoop in and take it away from you.

You can let it go and hunt for something smaller and easier to swallow, or you can work your story, bit by bit. Turn it around, come at it from different sides, and break it down into manageable pieces. As for the fear that for some reason you'll lose it, that never changes. But if it's any comfort, the story waters are chock full of fish just waiting to be caught.
Posted by the author at 12:00 AM