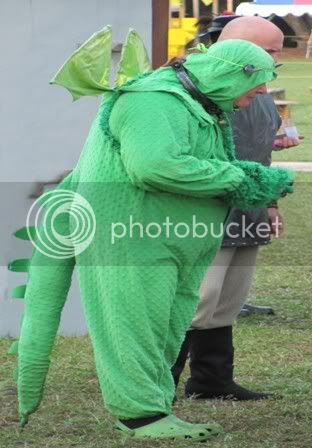 I am not a fan of dragons, dragon fiction, dragon mythology or most anything that involves gigantic scaly winged reptilian beasts that breathe fire. This is mostly because dragons are generally depicted as the blockheads of epic fantasy. Think about it: despite their size, powers and supernatural abilities, fictional dragons are forever sucking up to humans, bonding with them or giving them pony rides during some idiot quest for a priceless artifact that is usually 100% useless to dragons.

Don't worry, dragon lovers, I've already been punished for not showing the proper appreciation and respect. I have to depend on a dragon in order to write, have withstood innumerable online flame attacks, and have a kid who adores dragon fiction, dragon art and dragon jewelry. If I'm not talking to or being yelled at by a dragon, I'm shopping for the damn things.

Since it seems that I will never get dragons out of my life, I've decided to surrender and embrace them. Chris D'Lacey, I'm finally going to read your books. That goes for you, too, Paolini. I will watch all The Lord of the Rings movies (they had dragons in them, right?) and all the others that everyone loves so much: Dragonheart, Pete's Dragon, The Neverending story, Harry Potter #Whatever . . .

Seriously, I don't like the fact that I dislike dragons so much. I used to enjoy dragon fiction back in my younger days, when I got hooked on the Pern novels of Anne MacCaffrey. She rocked the scaly beasts to no end. Dragons are supposed to be cool, and a lot of my friends like them, and my aversion is kind of unreasonable. Okay, very unreasonable. I was the same way with horses for a long time. Spiders, too. So to conquer this negative attitude, I need to educate myself, learn everything I can about dragons, dragon fiction, dragon mythology, and then write a story about them. In which they will not behave like blockheads.

While you're working on your novel, be it for NaNoWriMo or at any time during your writing life, you will encounter something that makes you feel the same way I do about dragons. It can be almost anything involved in storytelling: description, characterization, grammar, dialogue, setting, plotting, etc. It will be something you really don't like already, or for which you acquire an instant dislike. These are your writing dragons.

You can hate them. You can swear at them, rant about them, you can even try to avoid them. And while you're doing that, they won't be going anywhere. Why should they, when they can feed on your creativity and your motivation -- and feed, they do. The bigger and uglier they get, the more room they take up in your head and the more havoc they create on the page.

Example: the love scene. This writing dragon is deeply loathed and dodged by a lot of writers, I think because for whatever reason sex embarrasses them. So they avoid the love scene dragon, which really isn't a problem because there are plenty of great books with no love scenes and zero sexual content. Even in the romance genre, where the love scene is pretty much expected, there are writers who keep that dragon behind a locked bedroom door or fade to black whenever it (no pun intended) arises and have no problem selling books.

That said, if the love scene is one of your writing dragons, I can almost guarantee it will become a problem for you at some point in your writing career. It's like some kind of weird dragon karma. An editor will ask for it during revisions, or you'll get a shot at a love scene antho that pays fabulous royalties, or you'll simply hit a point in a story where you've got no choice but to write at least part of a love scene. Then you're really screwed.

Another example is one of my long-term writing dragons (ironically, one I rarely talk about): dialogue. For the longest time dialogue was the most difficult part of any story for me to write. I couldn't get it to sound natural on the page. In every scene all my characters ended up standing around either lecturing each other about what I thought the reader should know, or doing that awful teaparty chatter (i.e. Hi, how are you? I'm fine, and you? Great. Beautiful day we're having, isn't it? Yes, it is and on and on and on.) No matter how hard I tried I could not get control of my dialogue. It seemed so unfair, too; every other writer I read tossed it out the page so effortlessly while I was sweating out each and every word my characters uttered.

Dialogue is a huge part of storytelling, and I knew I couldn't hate it and be an effective writer. So I focused on it, read everything I could with great dialogue and then analyzed the writers who did it especially effortlessly. Effortless dialogue is almost audible; it sounds like someone talking in your head while you read it.

I paid attention to the spoken word wherever I went. I became a discreet eavesdropper and listened in on conversations, noting not only what people said but how they said it, what tone they used, their word choices, etc. I practiced -- you really don't want to know how many stories I wrote solely to compose dialogue -- and forced myself to keep at it.

Over time I realized why dialogue was such a writing dragon for me: I was trying too hard to control it. For once being organized and thinking out everything in advance was actually working against me; I learned that I needed to let go, not worry about it, and just let the dialogue happen while I was writing the story. It goes against everything else involved my process, but when it comes to writing dialogue, I do my best work when I'm spontaneous.

My method takes time, so if you encounter a writing dragon while you're working on your NaNoWriMo novel, and it's not a huge beast, you can try another approach to (temporarily) get around it. Let's say for the sake of argument that it's a love scene dragon. Since you have only 24 days left to nail your 50K goal, you don't want to spend 20 of them trying to write one love scene. My advice is to skip over it for now. Type a place holder/reminder tag on the page exactly like this: [love scene between John and Marcia.] Then pick up the story at the point where they're done cuddling and write on from there. You will still have to deal with the love scene dragon eventually, but this allows you to get past it for now.

Whatever your personal writing dragon is, don't run away from it. Face it, educate yourself about it, watch how others do it. Then bridle it, jump on it and write it, and keep writing it at regular intervals. With enough time and practice you can work out your problems with it and nullify any power it has over you. I can't promise you'll ever fall in love with your writing dragon, but you'll probably stop hating it so much -- and anything that removes even a portion of negative attitude from your process is going to make you a better writer.
Posted by the author at 12:00 AM