As anyone who shares their home with a furry feline friend will tell you, sometimes cats are a little spooky. They can get through doors we thought we closed, find the catnip we thought we put away in a safe spot, and always know when we need a cuddle (sometimes before we know it ourselves.)

Then there is this mysterious business of feline teleportation. I can't tell you how many times I've lost one of my cats, ransacked the house and then searched the neighborhood looking for him, only to come home and find the missing feline sitting next to the empty food bowl and giving me that smug look, as if to say Silly human, you'll never find my secret hiding place. And to date, I haven't.

Cats are maddening, infuriating creatures who do exactly as they please, which is probably why I've always loved them. I also collect books with great cat characters in them, so I was pretty happy to start reading Curiosity Thrilled the Cat, the first book in by Sofie Kelly's new mystery series.

Owen and Hercules own a nice, funny human named Kathleen Paulson, a librarian who has moved temporarily to their small town in Minnesota to oversee the renovation of their library and its historic Carnegie building. Kathleen is a kitty charmer, too, and lured Owen and Hercules away from the feral life to share her home. They all get along fine, although sometimes the cats do things Kathleen knows are impossible, like vanish into thin air, and just as quickly appear. Like the odd and painful accidents she's been having at the library, these seemingly magical powers trouble her. The real shocker, however, is when Kathleen finds the body of another visitor to the town who she disliked, who may have been killed in her library -- and who she is suspected of luring there just before his murder. 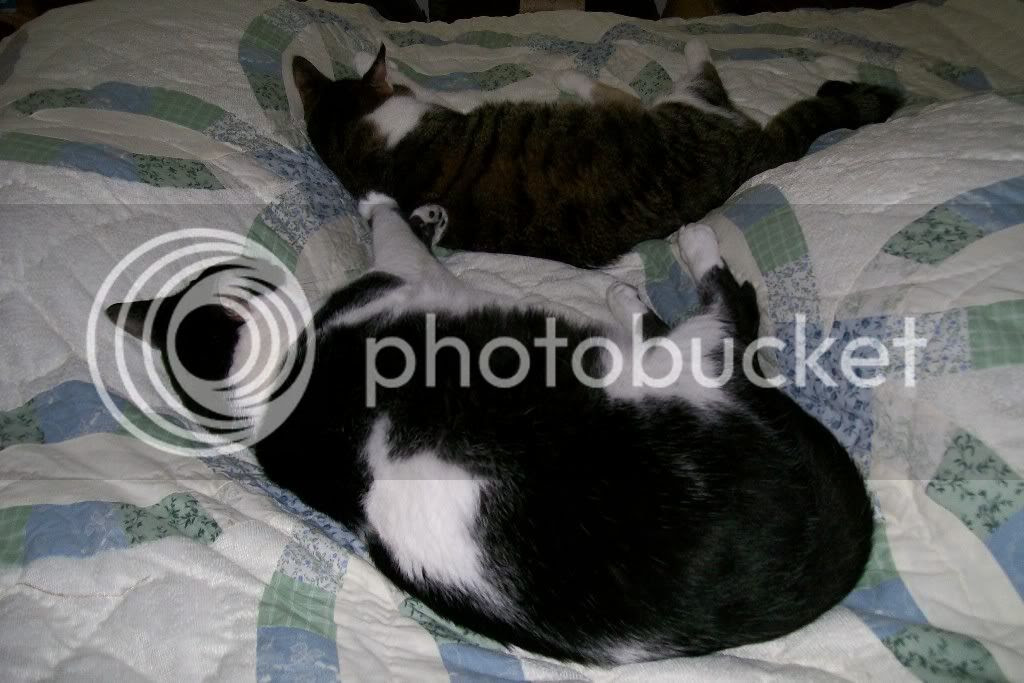 I haven't read a good mystery in quite a while, so it was a pleasure to follow the cats and the clues along with Kathleen. The plot certainly kept me guessing, to the point of when I began to suspect everyone in the town of being in on it. But in the end (with a little help from her magical furry friends) Kathleen discovers many things, including the reason why she's been so accident-prone. I appreciated Kathleen's sense of humor and keen insights, as well as the fine detailing of the writing that paired beautifully with easy flow of the story (you usually get one or the other; not both.) The cats had me at Hello, though, and are keeping me for the series. It might have a little to do with the fact that Owen and Hercules could be twins of my two boys, Jak and Jeri.

As always, you don't have to take my word for it. In comments to this post, name your favorite type of non-human character to read about (or if you're not a critter fic fan, just toss your name in the hat) by midnight EST on Tuesday, March 8, 2011. I'll draw five names at random from everyone who participates and send the winners an unsigned paperback copy of Curiosity Thrilled the Cat by Sofie Kelly (who, btw, is the pseudonym of our own Darlene Ryan.) This giveaway is open to everyone on the planet, even if you've won something here at PBW in the past.
Posted by the author at 12:00 AM