Marcus Antonius: For Brutus, as you know, was Caesar's angel.
Judge, O you gods, how dearly Caesar lov'd him!
This was the most unkindest cut of all;
For when the noble Caesar saw him stab,
Ingratitude, more strong than traitors' arms,
Quite vanquish'd him: then burst his mighty heart. . . .

The last place I expected to find myself at 5:30 am this morning was sprawled by the front door and staring at the ceiling while two Shelties whined and barked as they circled around me, unable to understand why Mama was horizontal and dripping blood all over the floor. 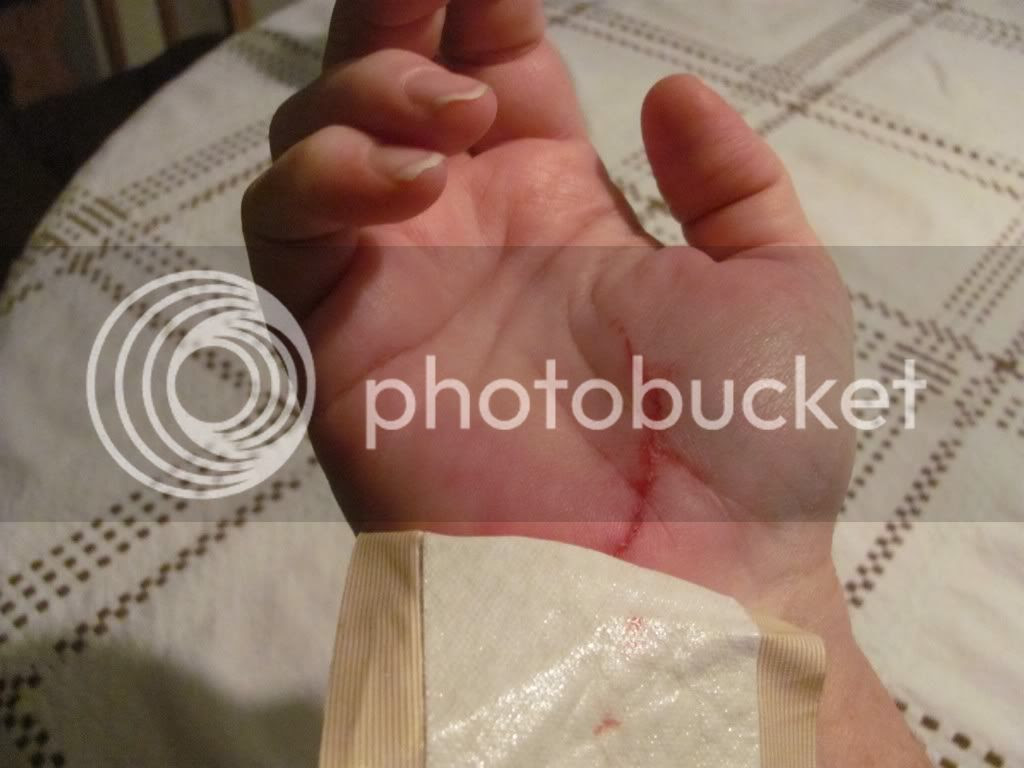 Of course the noise -- and the two bad words I shrieked on the way down -- woke up my kid, who came to my aid and then (very calmly) woke up her father because I was afraid to get up even with her help. I could see myself having a second tumble and taking her down with me.

I don't think I've scared my guy this much since I woke him up one morning nineteen years ago by telling him that my labor pains were three minutes apart. He kept it together, though, and after checking me over he got me vertical and helped me to the bathroom, where we took care of my wounded hand. I kept thinking Stitches concussion emergency room x-rays oh God I don't have time for this now until I realized I wasn't feeling broken bone-level pain. I had a small bump on the back of my head, a slightly sore shoulder and a cut hand. We washed off the blood to examine the wound, which didn't even need stitches.

Everyone has gone off to school and work (my guy didn't want to leave, but I made him go.) My daughter drove us to school so I would only have to drive home. I'm fine. No, actually, I'm not. I'm an idiot. I have a throbbing hand and a bruise on my shoulder and lots of angry hindsight. Why didn't I take the extra three minutes to put on my sneakers this morning? Because, stupid me, I was tired and sliding my feet into my flats was easier. Why didn't I go to bed earlier last night so I'd have been more alert? Because, stupid me, I stayed up late working. Why didn't I control the dogs better? Because, stupid me, I refuse to scold the dogs unless they fight and try to hurt each other. Along with the realization of my own stupidity comes the unnecessary what-if terrors: What if I'd been alone? What if I'd lost consciousness? What if the cut had been deeper, or sliced open my wrist? What if I'd broken something, like my leg/hip/neck?

I am being a drama queen, and I know it. My hand is already mostly useless, so the cut will just cause me a few days of inconvenience and discomfort before it scabs over and begins to heal. I have every bandage known to mankind in our first aid cabinet, so I can keep it dry and protected. End of story, or as my pal Raine would say, Onward.

Perhaps the unkindest cut is the one that could have been easily avoided (if only we'd known it was coming.) We're just doing our thing, and out of the blue, wham, someone knocks us down. No matter how accidental it is (and no matter what we did to contribute to the situation) it feels undeserved. It's the sort of thing that gleefully climbs into our baggage, and forces us to lug it around until we get over it. Unless we don't, and then we have to feed it and give it attention and let it breed until we end up hauling around it and dozens of its spawn in industrial-size crates of resentment. 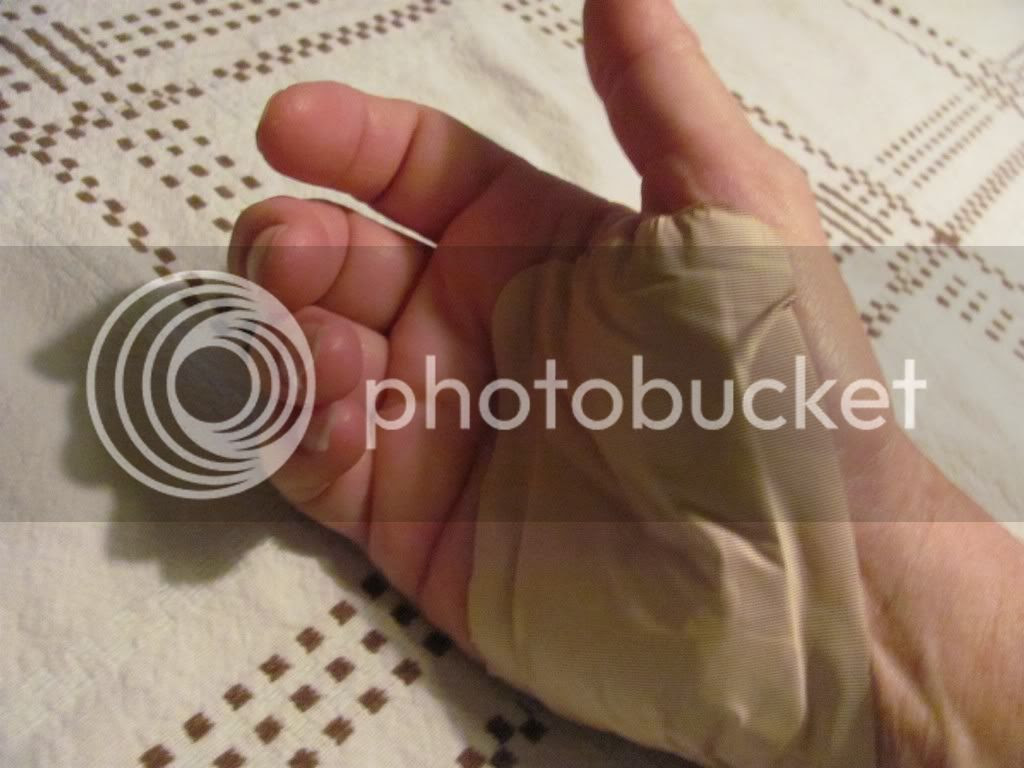 As with real wounds, allowing the unkindest cut to fester instead of heal poisons you. Imagine if I'd punished the dogs for what happened this morning. Some people would say I had the right to, but my pups didn't wake up this morning and conspire to hurt me. They were just being dogs. I was being human. Add in all the other factors, and it was probably inevitable.

I could stop walking the dogs, but I would be depriving myself of daily pleasure to eliminate the remote possibility of getting hurt. Besides, I've fallen before, and I know it's likely that I will fall again. If the dogs don't knock me down, someone will bump me, trip me or otherwise make me lose my balance. Next time I might blow out the knee, or fracture a hip, or break my neck. I could do that just getting out of bed, too.

The unkindest cut is difficult to forgive, and painfully tough to forget. Learning from it, and taking whatever positive steps you can to guard against a repeat injury, however, is absolutely essential. So tonight I am going to bed an hour earlier, and tomorrow morning I will take three minutes to put on my sneakers. I think I'll also put the little one in her crate before I take out Cole to avoid any future tussles at the door.

My hand feels better already.
Posted by the author at 12:00 AM