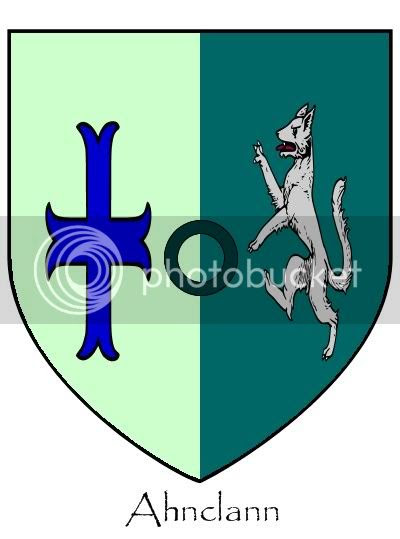 Long before there were business cards or resumes people would make themselves known to each other via heraldry by displaying (usually on a shield) a family coat of arms. The practice, which may predate the Roman Empire, was both a way to show off one's pedigree and provide an instant form of identification -- something the probably came in handy on the battlefield. In the confusion being able to read with one glance the coat of arms on someone's shield may have kept more than one confused warrior from accidentally slaughtering an ally.

Over time the coat of arms became synonymous with power, wealth and privilege, something to separate the entitled from the indiscriminately bred. It moved from the warrior's shield to the seals used for wax imprints and crests embossed on letters and documents. Sara Ferguson even had her family coat of arms embroidered on her wedding dress when she married Prince Andrew. Today heraldry is often misused by people who think that because they have a historic-sounding surname they might actually be the ninth cousin of the Duke of Wellington twice removed (btw, his surname wasn't Wellington. Wellington came from the name of a town in Somerset.)

I like to play with heraldry in fiction; for the Darkyn series I employed several variations of it, from jardin colors to family crests. For the new trilogy I'm also putting it to work, so I'm back to researching the symbols and arrangements to see what I can use for my needs. Today I designed the above Ahnclann coat of arms (and not for any particular reason other than I just wanted to test the generator) by using the free online Java version of Coat of Arms Design Studio. I liked this generator because it had a lot of design options yet was simple to use. 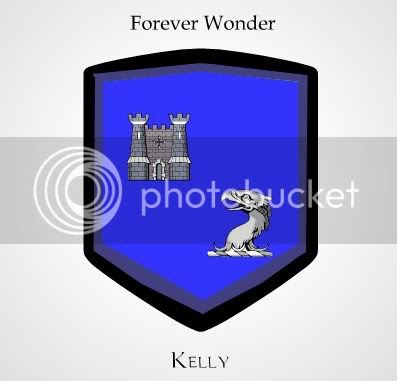 There are also product sites online which will let you design your own coat of arms and then (for various fees) will print it on T-shirts, coffee mugs and pretty much anything else you want. I took the online designer tools at MakeYourCoatofArms.com for a spin and made up a fictitious coat of arms and motto for my surname, which then made me curious as to what the real/historic Kelly coat of arms might look like. I ran an image search, and Yahoo brought up this impressive conglomeration ("God is my strong tower" seems to be the family motto. Or maybe it was "Gone Off to Our Ivory Tower" and someone tweaked it.) 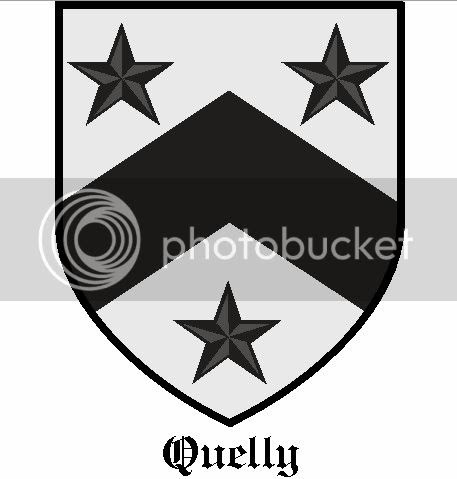 There are some great heraldry research sites online that provide an amazing amount of details. I found this real Quelly coat of arms at Eddie Geoghegan'sCoats of Arms from Ireland and around the World site, which is not just valuable for all the free heraldry info he offers; he also provides for free images of the coat of arms for more than 8,000 surnames, as well as an excellent crash course in the customs and practie of heraldry. Even if you don't need a real coat of arms, just looking through the collection can give you some excellent ideas on what to use when designing your own.
Posted by the author at 12:00 AM