My daughter is taking a culinary class at school, and one of her homework assignments was to make up a mini-cookbook with recipes and photos of some food she's prepared. She decided to write up one for bento boxes, which lead to a shopping expedition and cooking mini-marathon. Because she's never made a bento box (and neither have I) I was a bit worried at first, but soon discovered it's easy and a lot of fun.

Basically a bento box (or more properly, an obento) is a healthy, homemade lunch that Japanese moms make for their kids. It's also an art form, because the moms shape, decorate and garnish the food to resemble little critters, fairytale creatures and other adorable things. If it's almost too cute to eat, it belongs in a bento box.

Here are some shots of my girl's first finished bento box (click any image to see larger version): 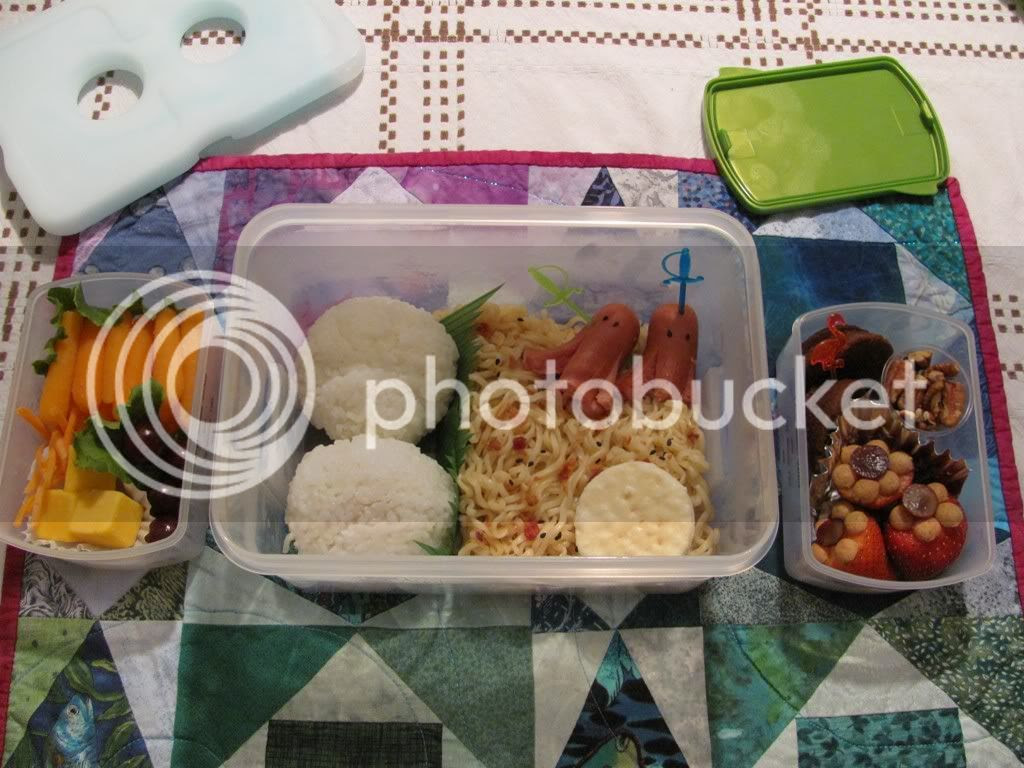 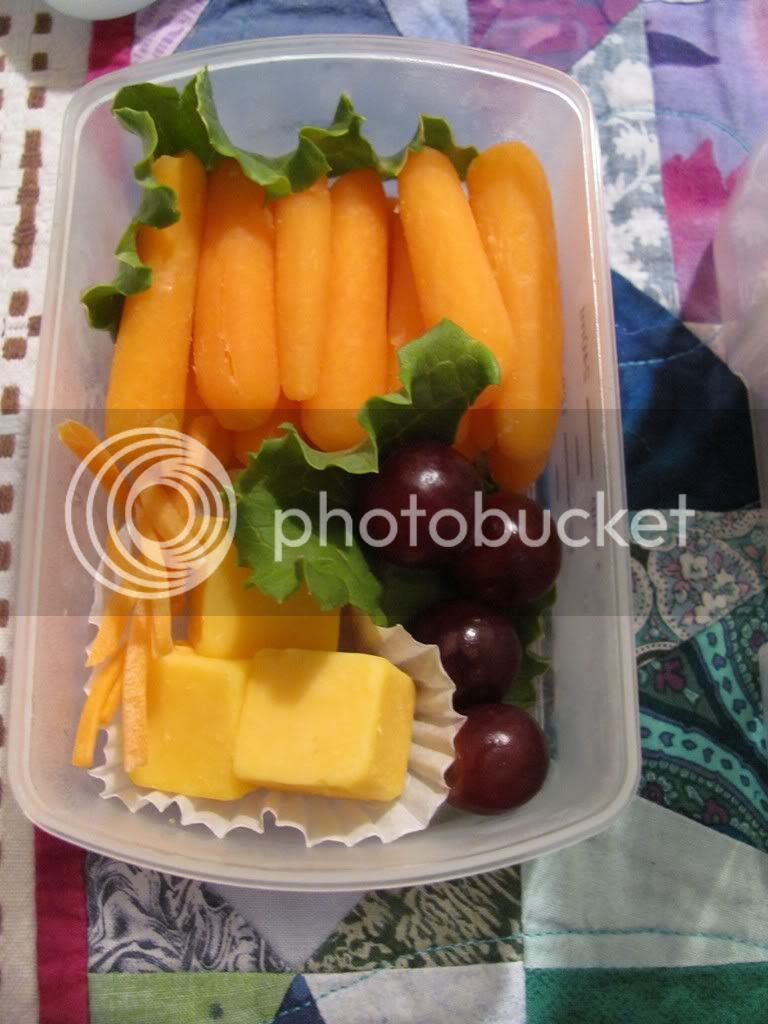 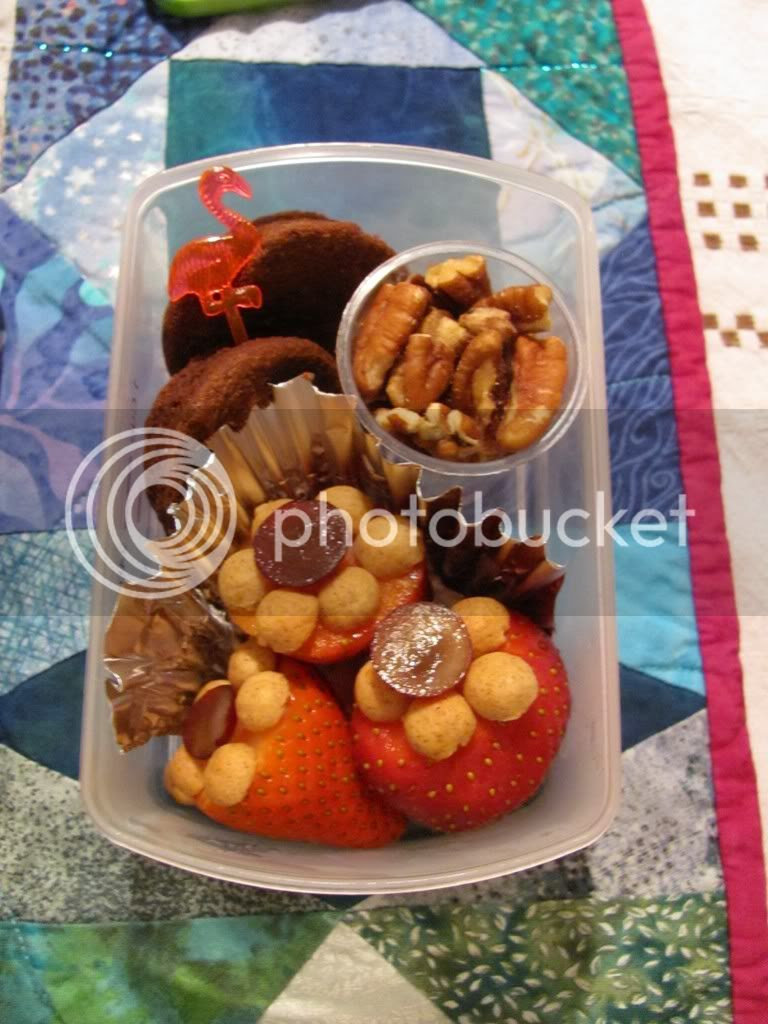 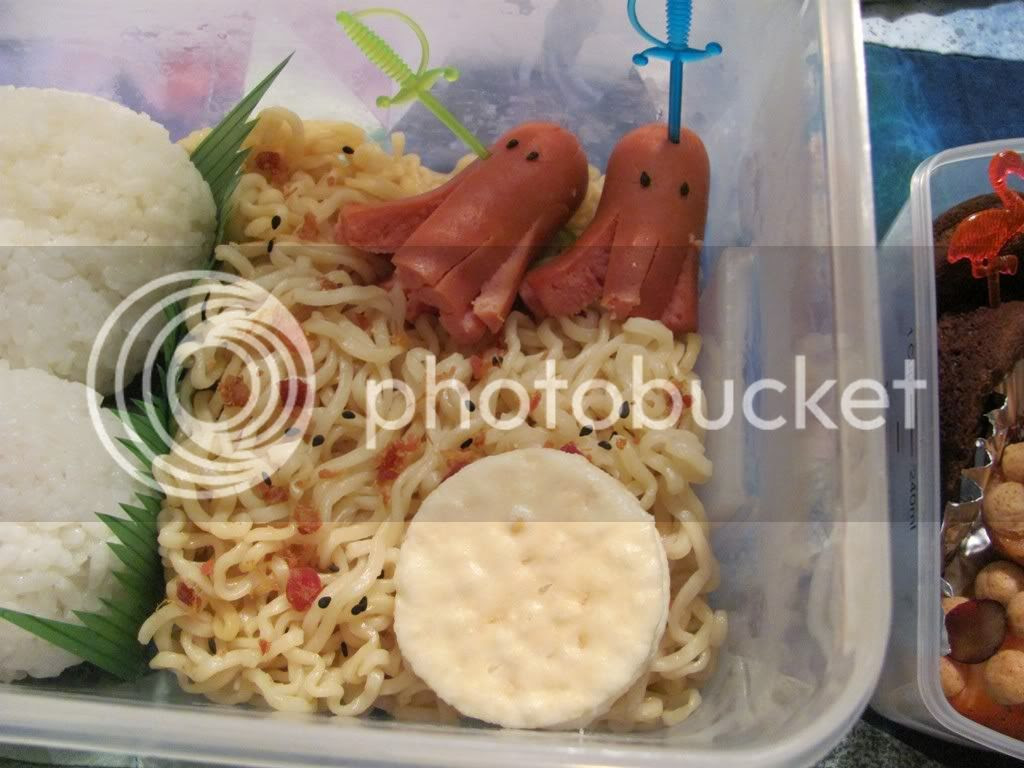 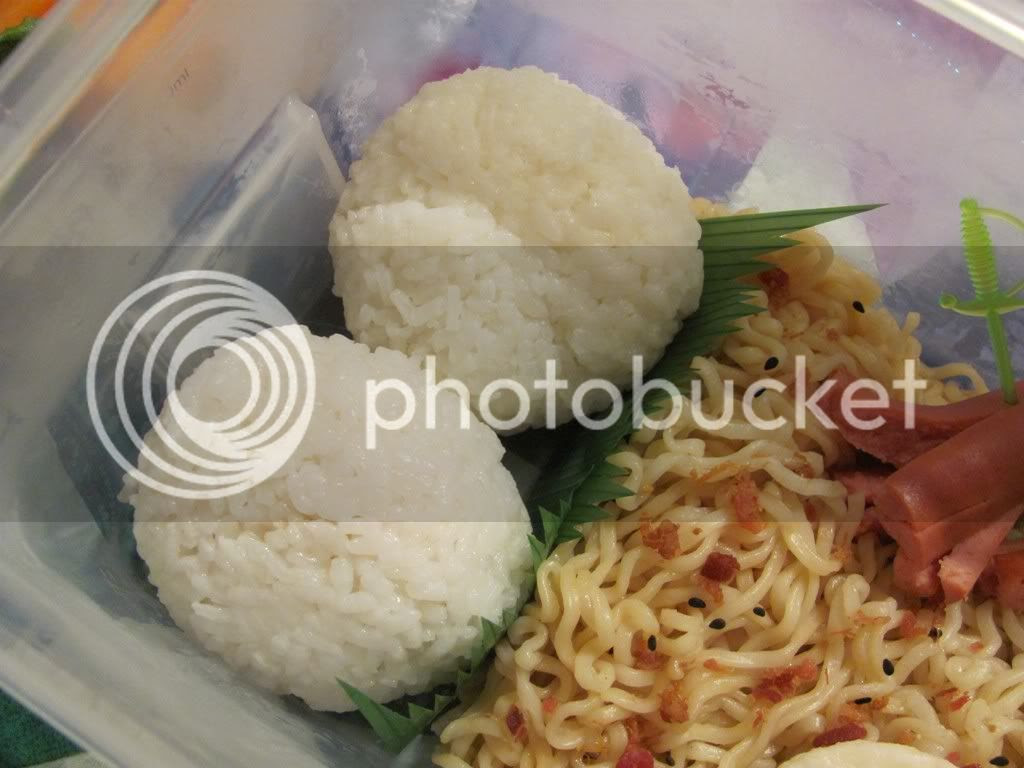 I think she did pretty well for her first attempt. And I didn't help her at all in the kitchen; now that she's a culinary student she's got to wing it solo (and did fine, all the way through to cleaning up after herself.)

Earlier this month I bought a copy of Yum-Yum Bento Box by Crystal Watanabe and Maki Ogawa, which is a fantastic how-to cookbook filled with recipes, tips, ideas, techniques and lots of information about the different types of Japanese foods used for bento boxes. In the intro, the authors mentioned that kids and grownups like to make character-driven bento boxes, which are called charaben or kyaraben. For example, if you want to do a Goldilocks and the Three bears bento, you shape the faces of a little girl and three bears out of the food (there's a cute recipe for this one in the book, too.)

The writer in me immediately jumped on this idea and began thinking of how I'd make a character-driven meal for one of my stories. I wouldn't try to shape the food into any sort of physical representation (too much temptation to do something other than a face) but I know I could put together an assortment of foods and treats that I've used in my stories or that remind me of certain characters. I'd love to do a bento with what I imagine a Jorenian box lunch would be like, too -- some breakfast bread, candied flowers, herbal tea, lots of berries laced with cream . . . God, I hate dieting.

If you're looking for new ways to get to know your characters and/or your stories, you might try putting together a character-driven bento box (or any kind of meal, for that matter.) This would also be something fun to do if you take your lunch to work or plan to do something writing outdoors.
Posted by the author at 12:24 AM