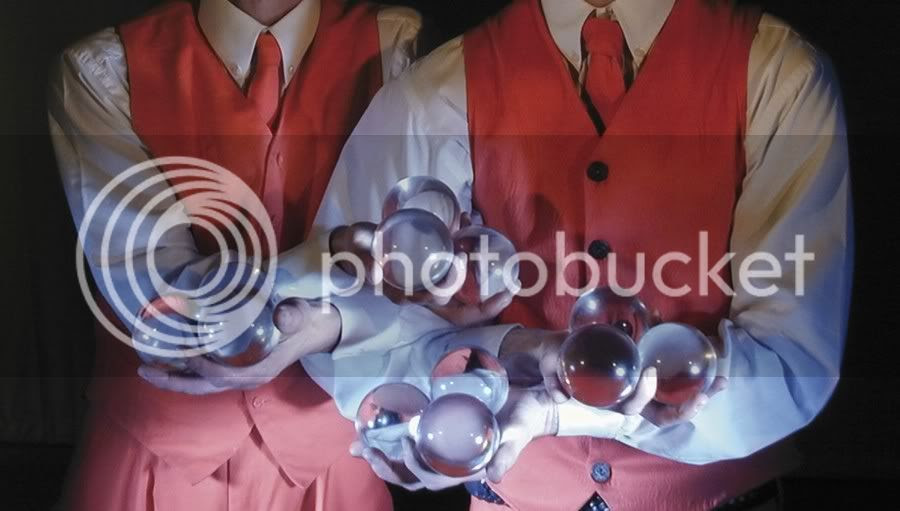 I caught part of a radio interview on NPR the other day where a physicist was talking about the possibility of parallel universes, how matter can only arrange itself in a certain number of ways and why this virtually guarantees multiple versions of the same matter (thus if I'm writing this post in my universe, there are other PBWs in other universes who are doing the same or similar things.) Later, when I checked NPR's web site I saw the interview was really promo for his latest book (and you can listen the broadcast, read a condensed version of the concept and the first chapter of the physicist's book here.)

I'm a bit reluctant to buy into this theory. No offense to the quantum-minded, but parallel universes are the sort of thing you think about the first time you get stoned, or all the time when you're suffering from incurable narcissism. I think one human race is beyond plenty. Although if this theory is true, my multiverse selves had better remember to pick up the puppy's heart worm medication today. While we're at it, we should defrost that chicken for dinner, baste the sides of block #4 for the quilt in progress and fix that blind in the dining room.

Multiversing in writing, on the other hand, is fun to play with and use as a worldbuilding tool. The most common example of fiction multiversing is alternate history stories, where a writer takes a significant time period or historic figure(s) and changes what happened just enough to generate a new version. What would have happened if the dinosaurs hadn't become extinct? Harry Harrison told us one interesting version in his West of Eden novel trilogy.

I've frequently employed multiversing on many figures from history and legend to create or conglomerate new characters (just about every protagonist in the Darkyn novels was based on one or more real people; William Harvey even played himself in my AH short story A Matter of Consultation.) This is when the writer's paranoid conspiracy theorist side comes in handy; you can take a historic event that happened and suggest an alternative reason behind it. In my multiverse the Knights Templar were rounded up and subjected to torture and execution not because they were too rich and powerful, but because they weren't human anymore.

If you're not interested in multiversing an era, civilization, historic event or any other expansive story element, you can still try it out on a smaller scale. In Dreamveil I used recombinant DNA to create a new character from two that already existed, which allowed me to build an alternative persona and a different timeline. I asked myself What would happen to him if I changed this, and took away this, and added this? until I had a new construct (who still retained many of the traits of the original.)

Characters who grow up or live in the same setting can have multiversal attitudes. The same town is very different through the eyes of a privileged boy and a poor girl, or two characters of different ethnicity or background. Two babies accidentally switched at birth who grow up in contrasting circumstances is a popular theme; so is identical twins who are separated at birth and raised in dissimilar situations. Even reincarnation can be used as a multiversing character device; Robert Silverberg probably did the best job I've ever read with pre-programmed reincarnation in To Live Again.

When employing multiversing as a worldbuilding or character tool remember to think about what stays the same as well as what might change. No matter what universe we inhabit, some of our traits will likely remain the same. Picasso might not be a painter in all of his multiverses, but creativity probably plays a significant role in the lives of his other selves. Opinions on the validity of congenital personality traits differ, but I think certain things like horrible shyness and eternal optimism can be genetic as well as learned behaviors.

Use multiversing as an opportunity to explore the role gender plays in our lives, our attitudes, and what we're able to accomplish. In another universe, how would a King Victor have influenced the Victorian era? If James Austen had written Pride & Prejudice, would Mr. Darcy and Lizzie still end up together? Would Charlotte Lindbergh have been the first woman to fly across the Atlantic?

Now I and my infinite number of multiverse selves have to log off and get to work on the day's schedule. Somehow I have the feeling none of the other PBWs finished the laundry over the weekend, either . . . .

Some interesting FAQs about alternate history from AlternateHistory.com

Alexandra Lupu's softpedia article Our Personality - Is It Genetically Inherited or Determined by The Environmental Factors?

Image credit: David Hughes
Posted by the author at 12:00 AM