From Focus to Palette

After reading my Story Palettes post last month, some of you asked if I would give some working examples of how I create a character palette.

Simone, who is a female protagonist in an upcoming novel of mine, has been gradually developing over the course of the last six months while I've put together her backstory, built her personality and figured out who she is, what she wants and, of course, what is the worst thing I can do to her. Simone is a woman of contradictions; everything about her is new and old, yesterday and tomorrow, fire and ice. The problem with all those lovely contrasts is that they make her very hard to nail down. Despite all the character development I'd done, I still had trouble seeing her in my head.

Recently at an art festival I had the pleasure of meeting and talking with watercolor artist Peggy Engsberg Furlin, who painted this little gem (click on any image to see a larger version): 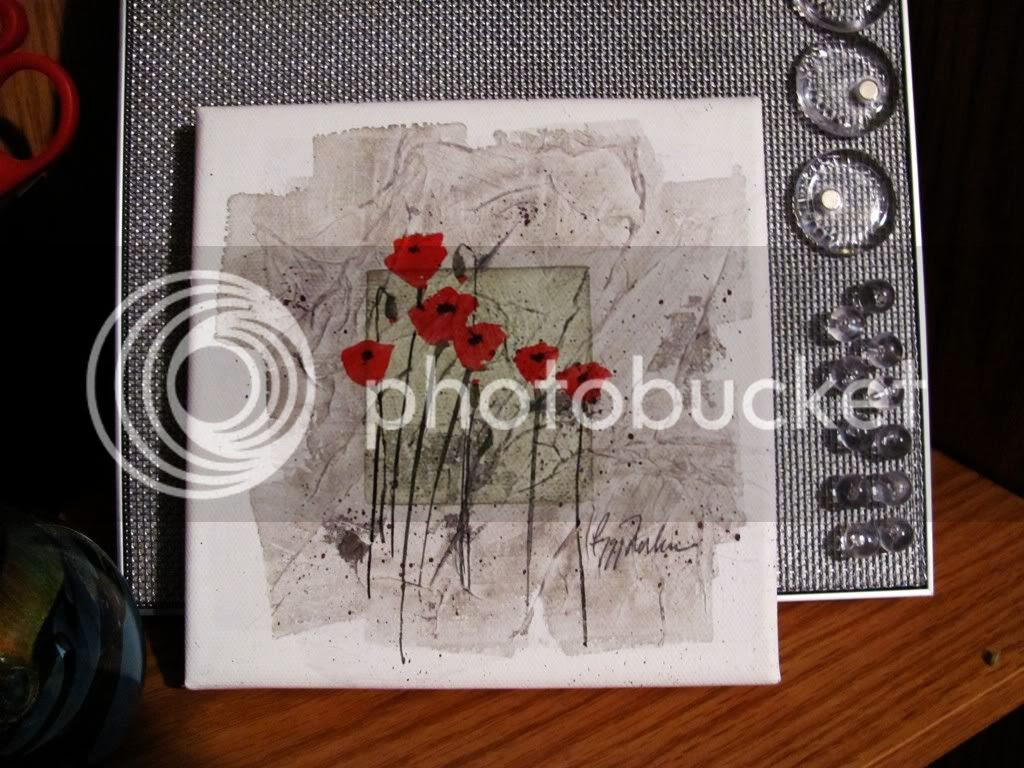 As soon as I saw it I knew it was the focus piece I needed for Simone's character. I can't tell you why; most of the time there isn't a why, it just clicks and I know. So I bought the painting and brought it home, at which point I began building the character palette. First, I took a photo of the painting and cropped it so that no other colors showed: 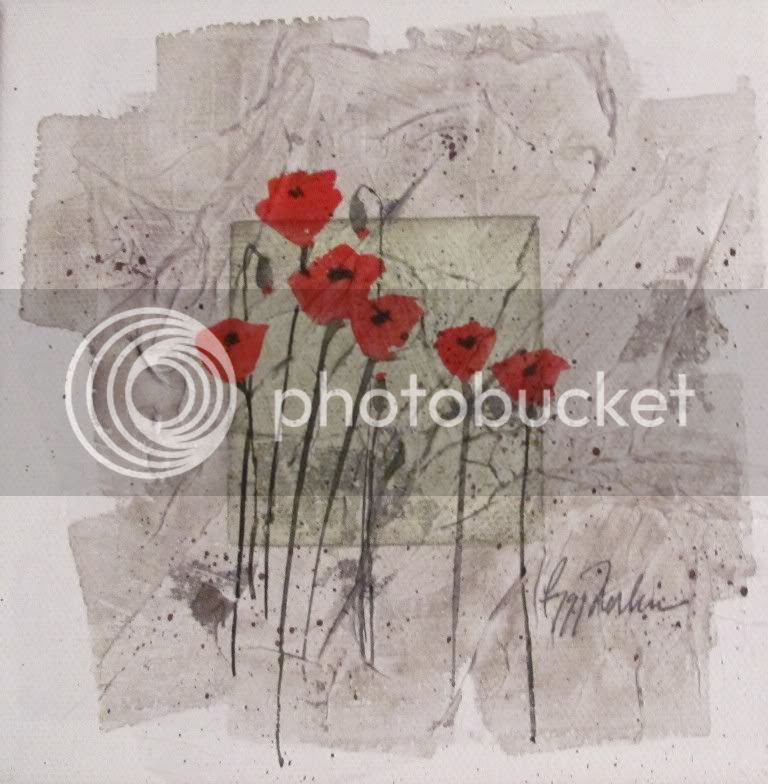 I then ran the image through DeGraeve's Color Palette Generator to get a working palette, and set up the page for my novel notebook. From there I cut and pasted the DeGraeve palette, and began adding images from my digital collection that I felt suited Simone and worked inside the framework of the palette, until I had this page of visuals: 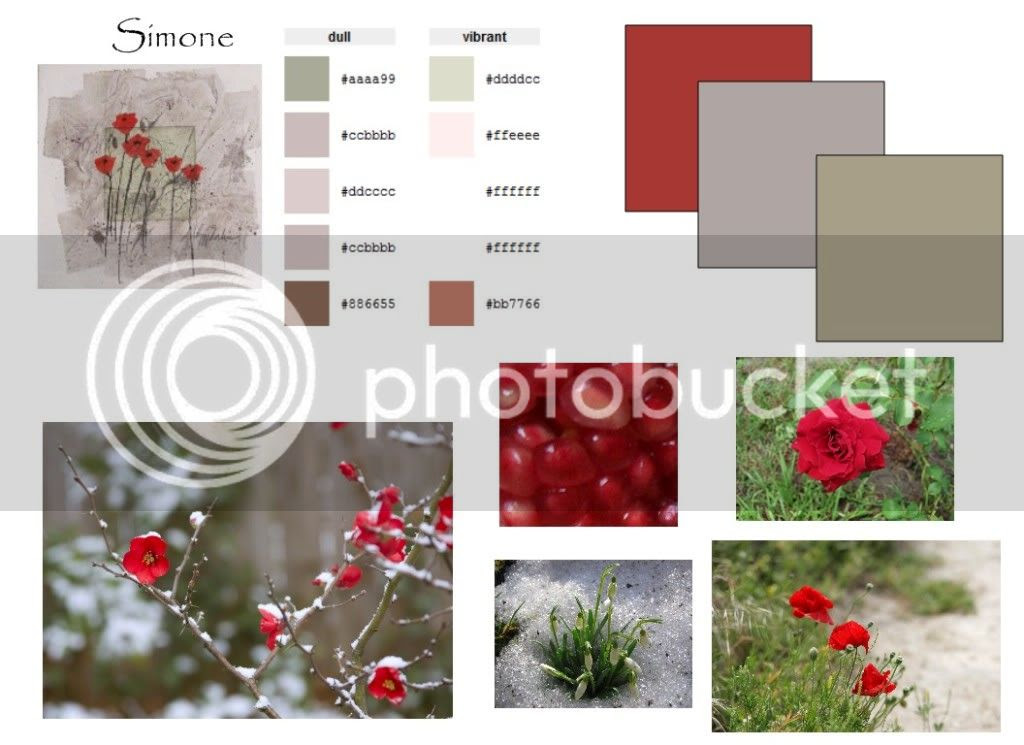 Colors are an important part of my process. They're symbolic and evocative, and so are the real world elements that I associate with them. They also create new ideas when I combine them. All of these images and colors echo different aspects of Simone's character and what she has to face in the story; defiance, temptation, risk, silence, loneliness, endurance, realization, fruition. They relate to each other, too: Old death, new life; the transition from winter to spring; flowers blooming in snow, what ends to begin/what begins to end, etc etc.

I could go on for pages because now that I have Simone's colors, I know her better. I feel as if I can make her come to life on the page now. Because while I can imagine all the character elements I want, if I don't make the connections between them I can't feel the character or get inside her head. Having a character palette often helps me navigate my way through a lot of uncertainty.

As for inspiration, you should always be ready for it to come at you from any direction or source. Take these gorgeous lampwork beads, which I purchased last week from Pond Art Glass Studio: 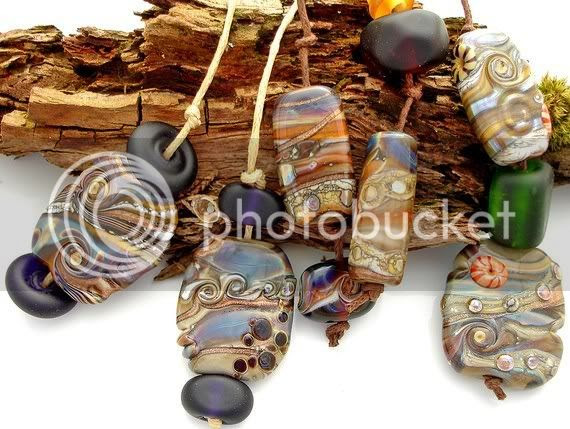 I have been revising and updating Korvel, a character who has appeared in the Darkyn series, to serve as one of the protagonists in the new trilogy (there, you have some insider info no one else but my editor has, too.) I never created a character palette for Korvel, and I needed one, but I kept dithering around with old visuals I had from the original series notebooks, none of which were really tailored to his character.

It wasn't until the lampwork beads arrived and I was photographing them for an appeciation shot that I saw Korvel's colors gleaming at me from the intricate swirls in the glass. Twenty minutes later I had put together this palette for him: 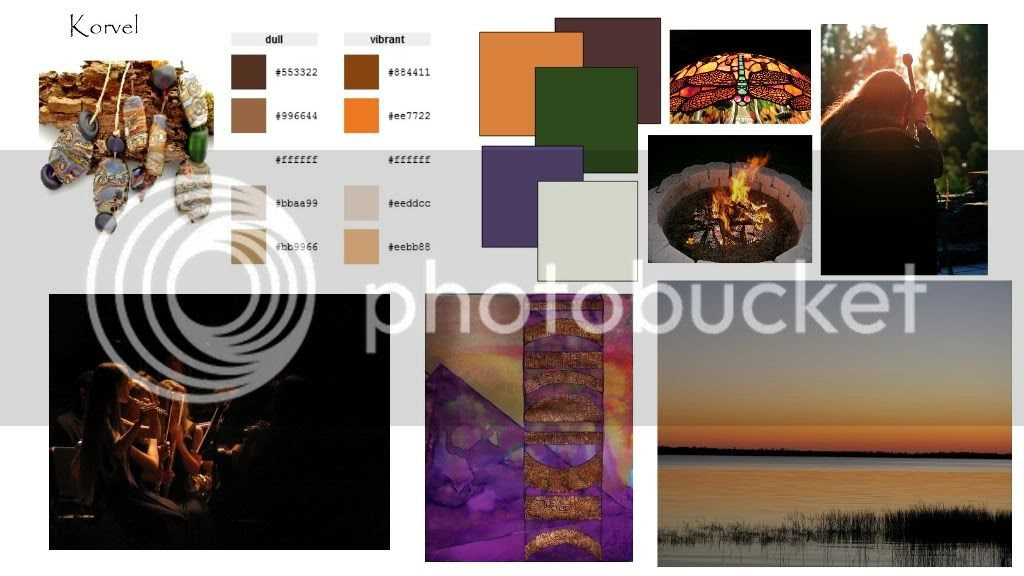 For most character palettes I usually narrow it down to three colors, but Korvel and I have a lot of history together, so that's probably why he got a wider range. Readers know a lot about him as a secondary character; now they need to rediscover him as a protagonist, which requires a different approach than presenting a brand-new character. This palette will definitely guide my choices and help me shed some light on the Korvel no one but me yet knows.

I think the key to creating palettes that help you with writing is not to cheat on the focus factor. Inspiration is not something you can artificially generate by throwing together all your favorite colors. You'll be creating a pretty palette that looks nice, but you'll find it does nothing to help you explore your character. Instead, look for something (and not just art, it can be anything at all) that inspires you to think of your character in ways you haven't before you saw it. That's when you know you've got the beginnings of a great character palette.
Posted by the author at 12:43 AM