Marilyn Monroe and I met on my birthday. I got her as a gift, and although she was half-dead I was very pleased. After I introduced myself, I set up a nice place for her and made her as comfortable as possible. Since then I've been spending a little time with her every day, talking to her and nursing her back to health. I know the trauma of being uprooted and sent to a strange place can be too much for some beauties, but she looked pretty tough.

After a week of TLC I discovered I was right: 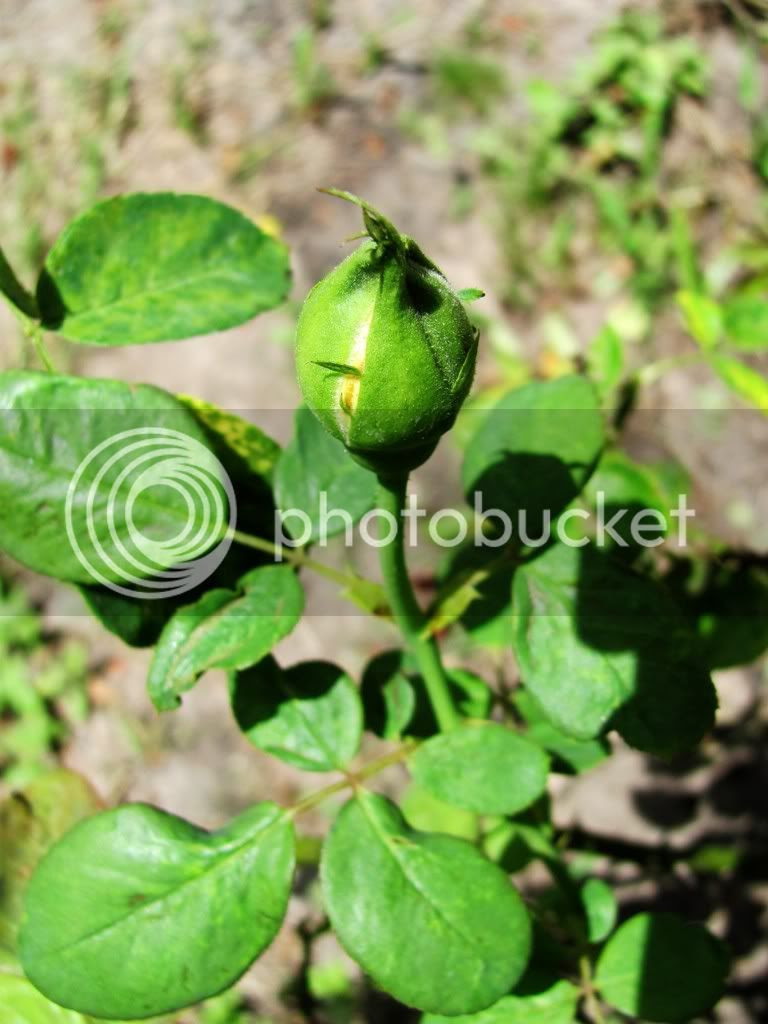 Yep, she's a rose bush. You didn't think I had the real Marilyn here, did you? Euw.

I planted Marilyn the bush by my sweet Josephine, in a nice spot where I can see them both from the porch. I deliberately put a little distance between Marilyn and my Don Juan because frankly I don't trust those two together, but Josey is a nice old lady who will keep her company.

Marilyn lost some leaves, and then after a week or so took root and put out two buds. I wasn't expecting flowers for a couple months, so I felt like I'd gotten a lovely compliment.

I was also excited because I got her without any blooms, and I decided not to look up her colors on the internet, so I wouldn't know in advance what she would produce (it's like not finding out the gender of your baby; I prefer to wait for the arrival versus finding out ahead of time.) I thought she might be a pink like Josey, only hotter; I kept thinking of the iconic gown her namesake wore while singing Diamonds are a Girl's Best Friend.

Seeing the first flower bloom on a rose bush is like watching a gift unwrap itself. As the bud swelled I was out there a couple times a day to check and see what would show. Finally Marilyn flaunted a little color: 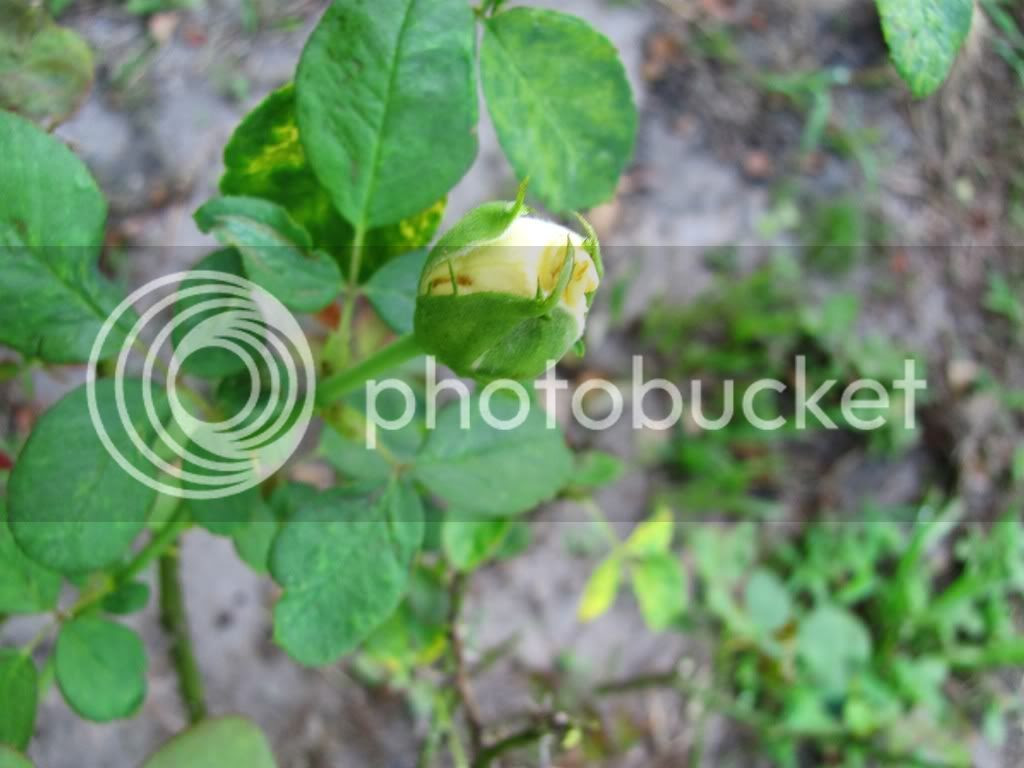 For such a big, robust bud the color she showed wasn't a brassy gold but quite delicate; almost like sunlight on snow. I wasn't disappointed to discover she was a blonde, only surprised that I didn't guess that would be her color. After all, her namesake was the ultimate blonde. But I have only one other blondie in the rose garden, so she'll provide some nice contrast for Josey and the other ladies.

This morning her petals began to open, and I expect by tomorrow she'll be in full bloom. I know watching a rose flower sounds about as exciting as observing the growth of grass, but for me it's a little miracle. If she blossoms, she's decided to hang out here with me, and if I look after her properly, she'll give me roses all year. 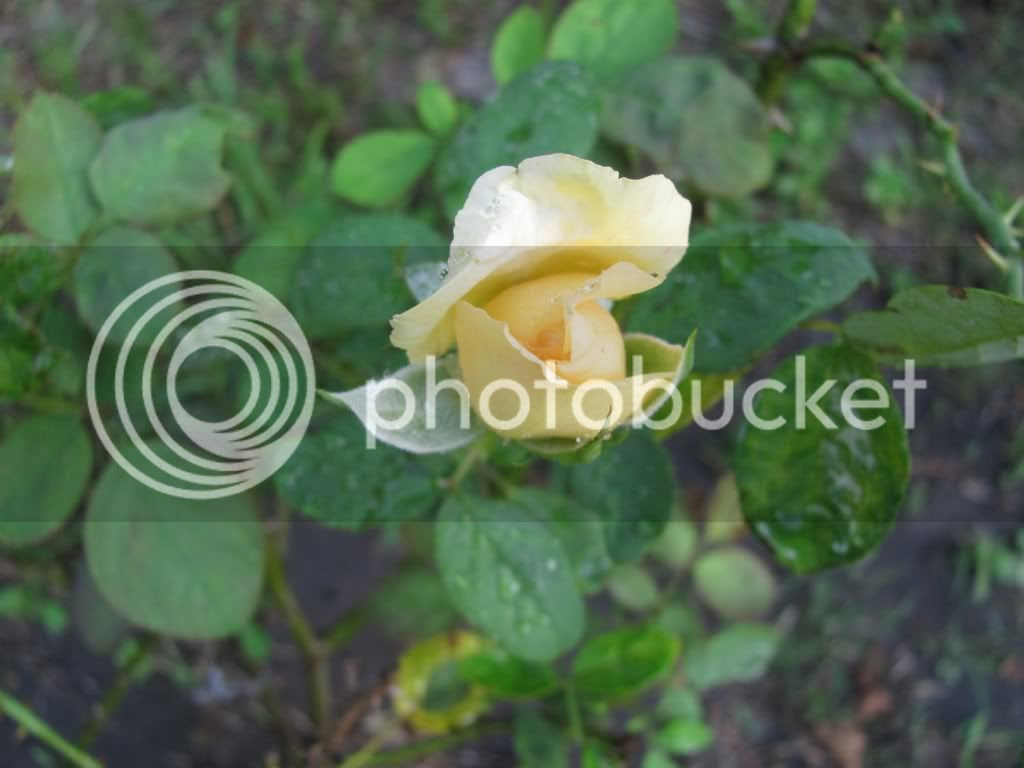 As writers we have expectations of our characters, and build them according to a vision and/or a plan that serves the story. Characters without vision or purpose in a story are like weeds in a garden; they're unattractive, annoying, and too many of them can can choke the life out of a story. This is why we work so hard to choose the right character, put them in the perfect spot and give them whatever they need to bloom into full, vivid life.

Any writer can tell you that no matter how careful you are, sometimes characters turn out differently than what we anticipate. I think characters who don't evolve according to plan but seem to take on a life of their own are really coming from the writer's subconscious. I've had it happen to me a couple dozen times, and while I think it's annoying as hell, I always trust it because I know there's a damn good reason for it.

The next time you create a character, remember that you're planting something new in your story garden. You can think and plot and plan all you want, but until you write the character, you really don't know what you're going to get on the page. It might be exactly who you want, or an unexpected blonde; either way you should do your part, tend to it carefully, and see what grows.
Posted by the author at 12:00 AM