I've been experimenting with Wordle again, this time for characterization purposes. Initially I wanted to create a profile cloud, or a word cluster that illustrated different aspects of one protagonist. I put together a list of keywords I felt described him, and fed them to Wordle, with the following result (click on any cloud to see a larger version: 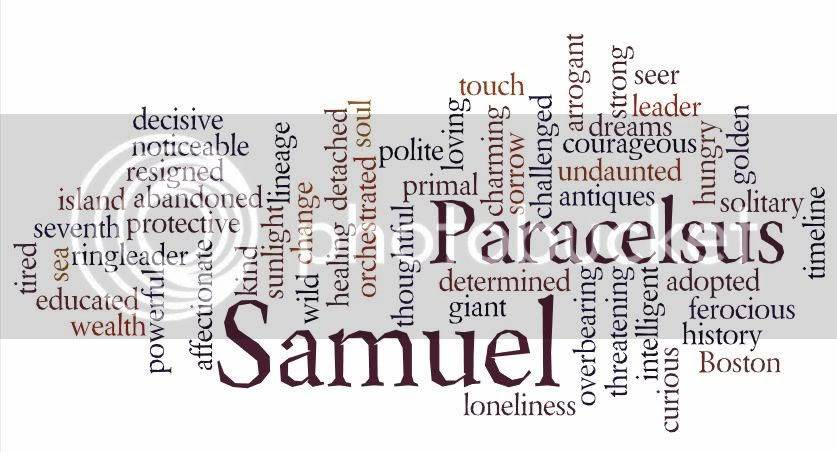 Seeing all the profile keywords put together like this helped, and I think it's because I don't read a word cloud the same way I read a line or a paragraph. Wordle's juxtaposition of the character elements forced me to look at them both individually and in proximity to each other, creating new compounds and new ideas.

I like the effect so much I made a cloud profile for the other protagonist: 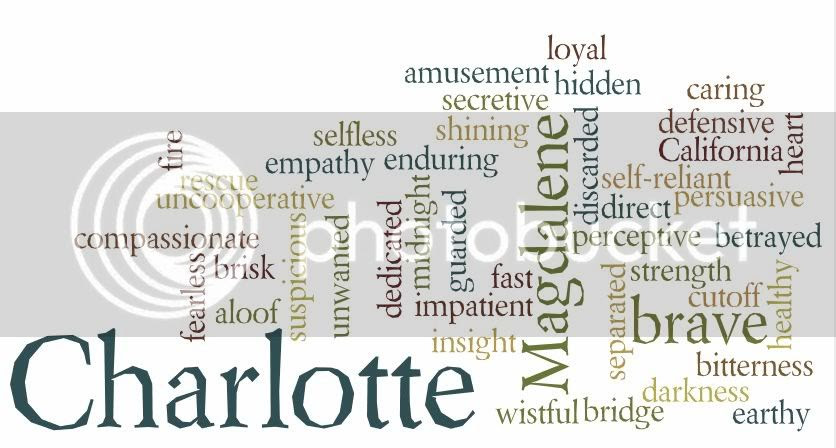 Then I thought, what if I add the two lists together and feed the whole thing to Wordle? 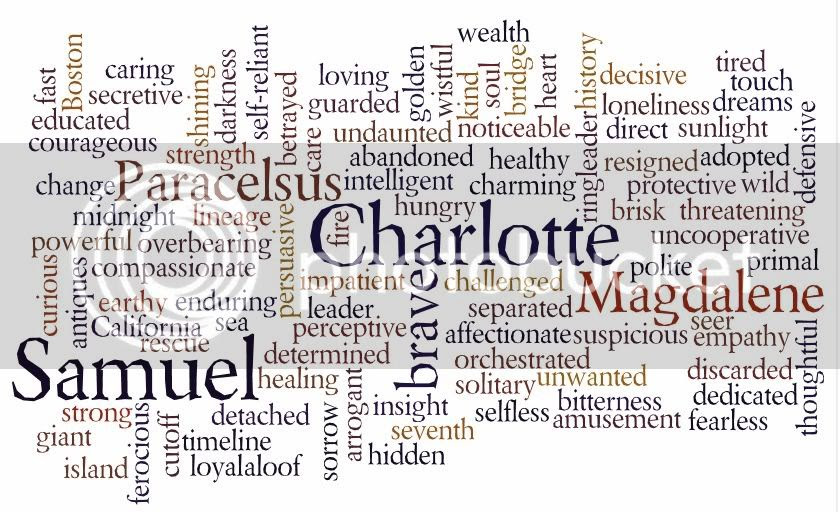 Aside from getting a whole new perspective on the protagonists, I noticed one word had been enlarged: brave. That was because it was on both characters' lists and when you repeat a word to Wordle, it makes a bit larger than all the others in the word cloud (which is why the names pop, I put them on the list a couple times so they would show up larger.)

I didn't intend to emphasize the word brave (I didn't even realize I'd repeated myself in both lists because I was working on this over the weekend.) In each character's case brave has a different meaning (Charlotte is brave because of her past and her job; Samuel is brave because of his condition and his Kyndred ability.) That said, it is the one character element that brings the protagonists together, helps them navigate through some extraordinary and dangerous events, and even attracts them to each other. Wordle had it all figured out before I even thought about it.

The happy accident also made me think that you could use Wordle to map out what things characters have in common. It doesn't have to be aspects of their personality, either; you can create lists of their likes and dislikes, physical attributes, possessions, routines, whatever area of their lives you want to explore, hand them over to Wordle and see what pops.
Posted by the author at 12:00 AM