Some of you may have been following the case involving SF author Dr. Peter Watts, who was stopped, searched, assaulted and arrested by U.S. border protection while attempting to cross the U.S./Canada border. Most of it is chronicled on his weblog.

When I read that Peter was the one who was charged with assault and was going to be prosecuted, I was utterly horrified, and like so many among the online writing community did what I could to offer some support for him. Today I'm saddened and sorry to say that it wasn't enough, and that Peter was found guilty. He faces up to two years in prison when he's sentenced in April.

While the media will doubtless perform their usual hatchet job, I thought I'd offer a different perspective. This is a snapshot Peter sent me last year when we briefly corresponded about some of the critters we rescue. 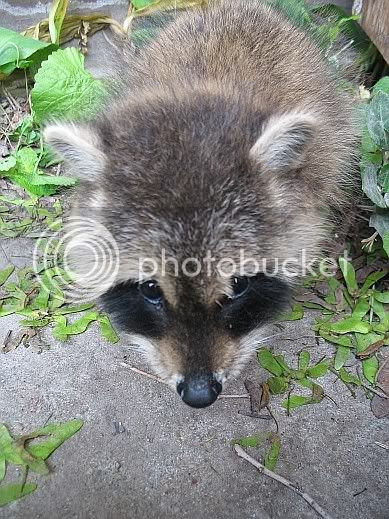 Peter saved this orphaned coon from starvation. Here he is feeding the little one: 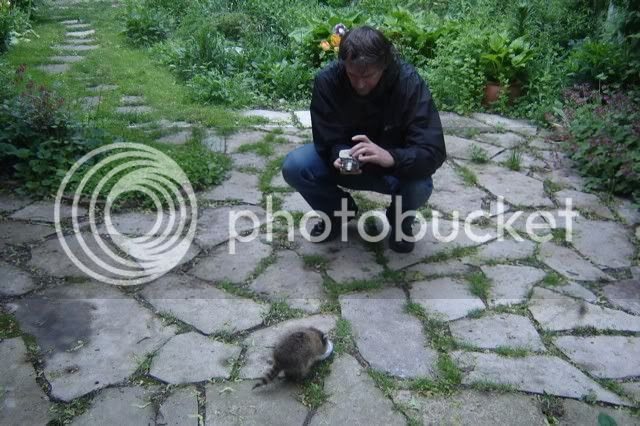 I'm going to see what more I can do. In the meantime, if you guys would be kind enough to send good thoughts and keep Peter in your prayers, I'd really appreciate it.
Posted by the author at 12:25 PM