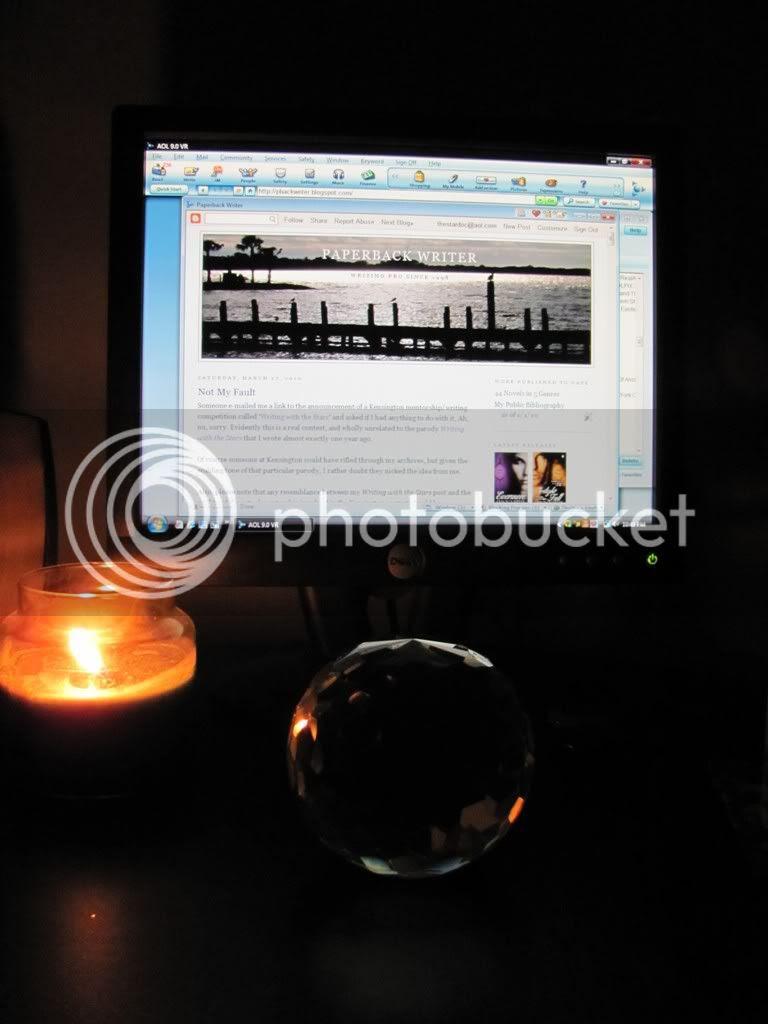 A lot of people think I'm psychic. I'm not. I make a few educated guesses. Occasionally I just bet on the right random pony. Mostly it's simple dumb luck. Honestly, if I really could predict the future, I would not be Paperback Writer. I would be Tibetan Cave-Dwelling Chick.

But after yesterday's bizarre coincidence (and really, that's all it was) I'm willing to test my own unpsychic ability to prove once and for all that I have no ESP. This will be a decidedly unscientific test; I'm just going to make a blog capsule post and predict five things I think will happen by this time next year (March 28, 2011.) If I'm right about all of them, I'll give up and admit I'm psychic. If I'm not, then I get to gloat.

1. A major publisher will move a big chunk of their titles into print-on-demand to test the waters, and in the process suspend author advances in favor of quarterly royalty payments.

2. Enhanced content will be the next big author promo trend.

3. The Author's Guild will make so many more concessions to Google they will be sued by their own membership.

4. The e-book market will hit a plateau as the novelty of e-readers wears off and people decide books are not as entertaining as TV, video games or DVDs, which they will be able to play on a new type of crossover e-reader manufactured in the far east that is intended for use with animated anime (aka comic books that can be set to be read or be played like a cartoon.)

5. The next big new genre trend will arrive by the explosion via an unknown author whose debut goes platinum, and will be a combo of alternate history with a kind of mashup between urban fantasy and steampunk.

I am not using any insider information to formulate these predictions, btw; they are just guesses. Now if you want to be part of the experiment, copy this post and save it somewhere you know you'll check at the end of March 2011, along with a note to stop by here. I'll put a reminder on my calendar and in exactly 365 days post again with the list and how accurate -- or not -- that my predictions were.

Okay, now it's your turn to play psychic: what predictions would you make about the biz for next year? Share them with us in comments.

*it's actually a paperweight I bought on sale from B&N.com
Posted by the author at 12:00 AM