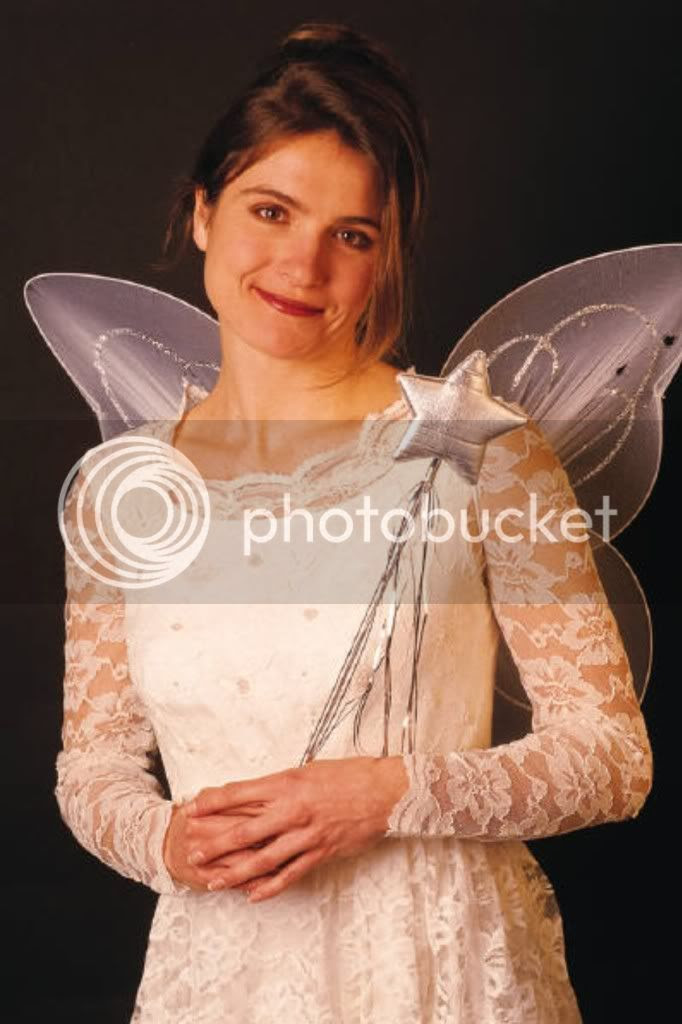 I'm reading a badly-written how-to book on writing. Yes, I'm a masochist, but there you go. Writing, according to this woefully misguided little tome, is described as something like a magical process, largely unconscious, that belongs in the realm of fairies and wizards and sparkly stuff. Over the last thirty pages my state has completely shifted from utter disbelief to appalled fascination. Where are the orcs? I'm actually waiting for orcs to show up.

Oh, well, maybe they're off working on the new Google Settlement.

Odd theories about writing are like fad diets -- everyone tries at least one to see if it works (and, like those silly diets, they generally don't work.) I read this one writing how-to that claimed switching hands while writing to fill out lists of questions about your creativity (or lack thereof) allowed your right and your left hands tell you what they were thinking. Which is what you were thinking. But you didn't know that you were thinking that. That one made me very grateful that my hands generally do nothing but sit around and whine about being achy and cold.

Then there was the one with the breathing method of writing. Little did I know, writing is all about how one uses one's lungs. In with the good writing, out with the bad writing. By the time I got to chapter three I should have been in imminent danger of hyperventilating a novella.

No, really, didn't you know that all wonderful writing springs from great breathers? Don't be a pantser, be a panter. I might develop a similar method and publish my own book about it. I could call it Blow Me.

Seriously, for the most part I like reading writing how-tos, even the ones that are way out there past left field, or whose authors just got off the mothership from the alternative writing universe where books are created by channeling light and dreams and communing telepathically with three-fingered aliens. The wackiest ideas can sometimes be the thing a writer needs to push them through a difficult phase. If telepathic ambidexterity or heavy breathing really do make someone a better writer, or just comfort them, who am I to criticize?

It's like this girl I knew who went on the grapefruit, Ritz crackers and Certs diet. She didn't really lose a lot of weight, but she had terrific breath. Hmmm. I wonder if she's the one who wrote that book . . .

Anyway, I think when you write a book about writing meant for writers, you have to deliver a little more than pixie dust and precious ideas. Frankly, I would love to breathe a book; I breathe all the time, so it would shoot my productivity through the roof. I could even have a coughing attack and not have to work again until 2014. But sitting around and exercising my lungs does not put words on the page. I know, I've tried that. Ditto for the letting my unconscious being take over the work. All that lazy slob wants to do is turn on the bed heater, snuggle up under the covers and snore.

Writing is a job. It's a great job, and at times it can seem almost magical, especially when it's going well. When it's not, it can be anything from mildly annoying to a personal tour of Hell. But to write a story requires words to be put on a page. No alternative method, no matter how pretty it sounds, will do that for the writer.

Every time you write, you go to a construction site in your head. The words are waiting there, like a couple truckloads of loose bricks. They're not going to build themselves into anything, no matter how often you talk to your hands or mouth-breathe or get in touch with your inner Tinkerbell. You pick up the bricks. You mortar them together on a page. You build a story out of them. And that's it. The sweaty, nerve-wracking, non-glittery, unglamorous, orc-free work of writing.