My guy and I love to drive around different towns and look at houses. I'm always checking out the architecture, while he evaluates the property and the landscaping. Since both of us have worked in the past as house painters (there, another bit of professional trivia you didn't know about me) we always talk about the color choices and condition of the exterior paint. This is yet another way in which we're totally boring, but it's one of the few hobbies we share and we think it's fun, which is all that matters.

Since getting more into photography, I've been taking the camera along with me on these drives to snap shots of unusual houses. I especially like small houses versus the big ostentacious McMansions; people who live in little places tend to be less uptight and more creative in their choices. For example, I was fascinated by the long, narrow windows and green roof tiles on this little house (click on any image to see a larger version): 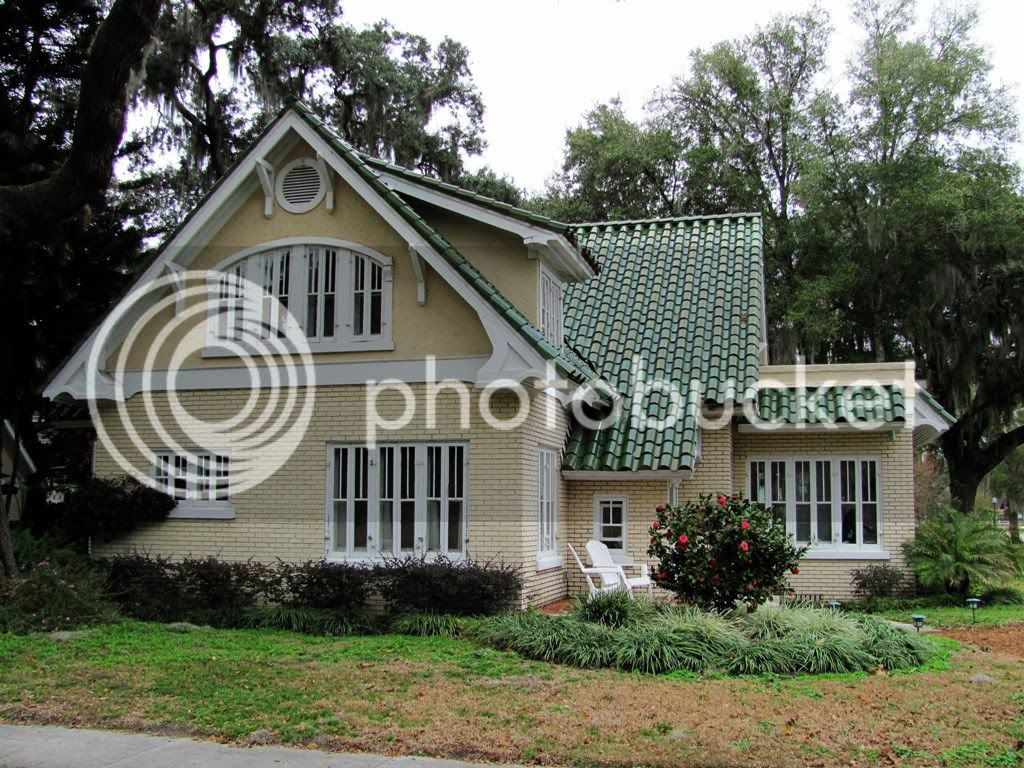 I have to do a little research and find out why those windows are so narrow (probably antiques, and had something to do with weather conditions and/or cost.) I liked seeing the two chairs set out by the flowering shrub, too -- they're facing west, so I'll guess whoever lives in this small charmer likes to come out and watch the sunset.

Here's another home in the same neighborhood: 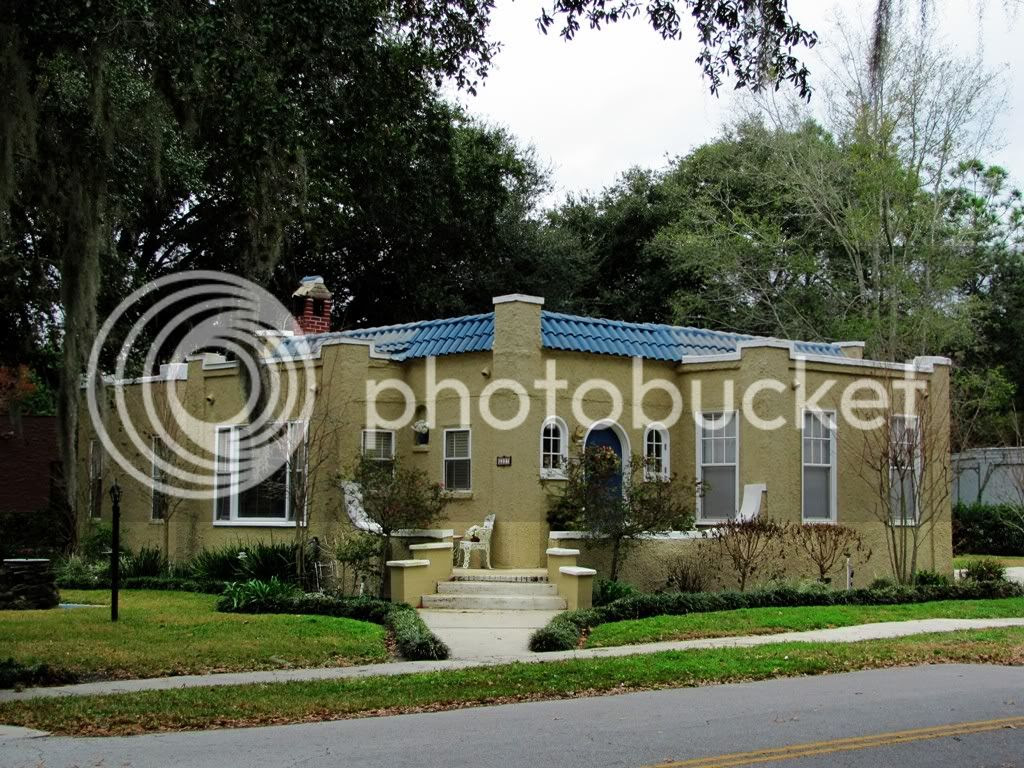 I can't say the pea-green exterior color, blue roof tiles and the red brick chimney do anything for me, but there was a definitely a castle-type feel to this one. Very stately for a single-family home. I wonder if the owner feels a bit like the ruler of a small kingdom.

Occasionally we'll spot odd things people have on their doors, in their yards or do to things around their home that I also photograph. One of the weirdest I've seen was the very strange fruit of this front-yard tree: I know in Alsace the makers of brandy put empty bottles on the buds of pear trees so the fruit grows into the bottle (then they pick the bottle and fill it with brandy, and the effect of seeing a whole pear in the bottle is pretty neat) but I'm mystified as to why you would stick wine bottles into the trunk of tree.

When you're creating living spaces for your characters, you're generally concerned about the interior, where most of the action probably happens. But don't forget about the outside of the home -- if someone were to drive by your protagonist's house, what would they see? Adding some personal details and quirks like color choices, architectural features and even something as strange as wine bottles stuck in a tree can give the reader another glimpse into the personality of your character.

Small details can be just as fun to play with as the larger features, too. I thought one of the creepier house shots I took for the photoblog last year had excellent story potential. While standing outside a tea room to read the posted menu, I noticed a trio of suspicious-looking characters hanging out in the corner of one front window: 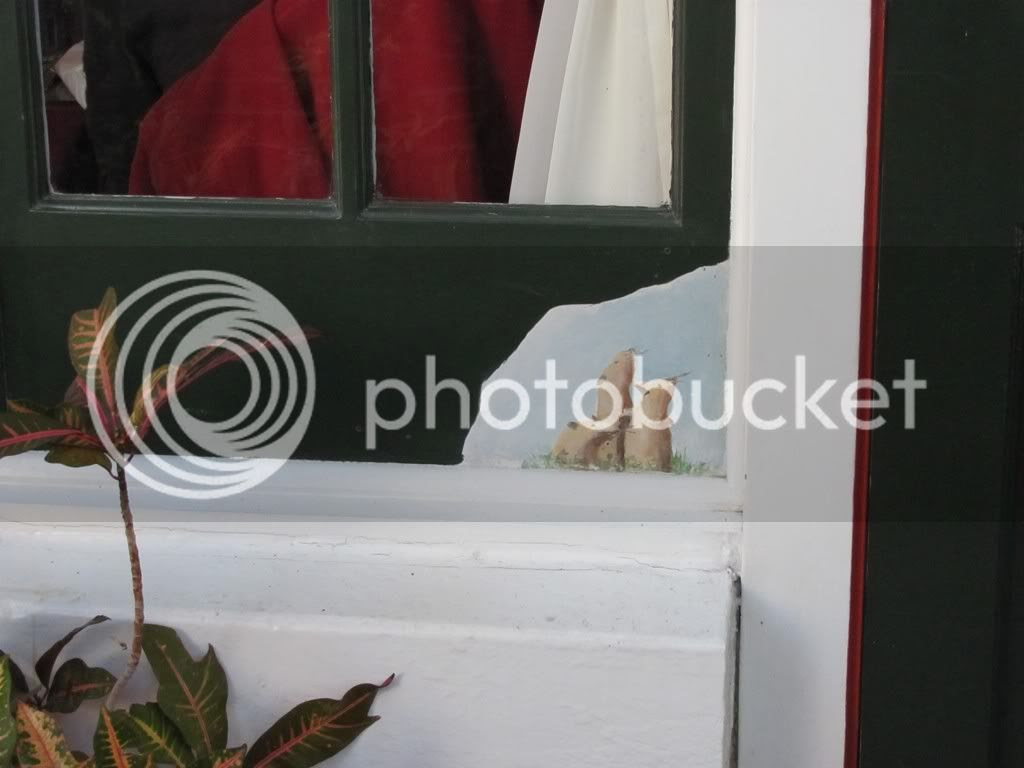 These cheesy vandals have since relocated from the tea room into one of my novels, because the moment I saw them I knew they were something that my protagonist would paint on one of her window frames. I just didn't know until I saw the real thing.
Posted by the author at 12:00 AM