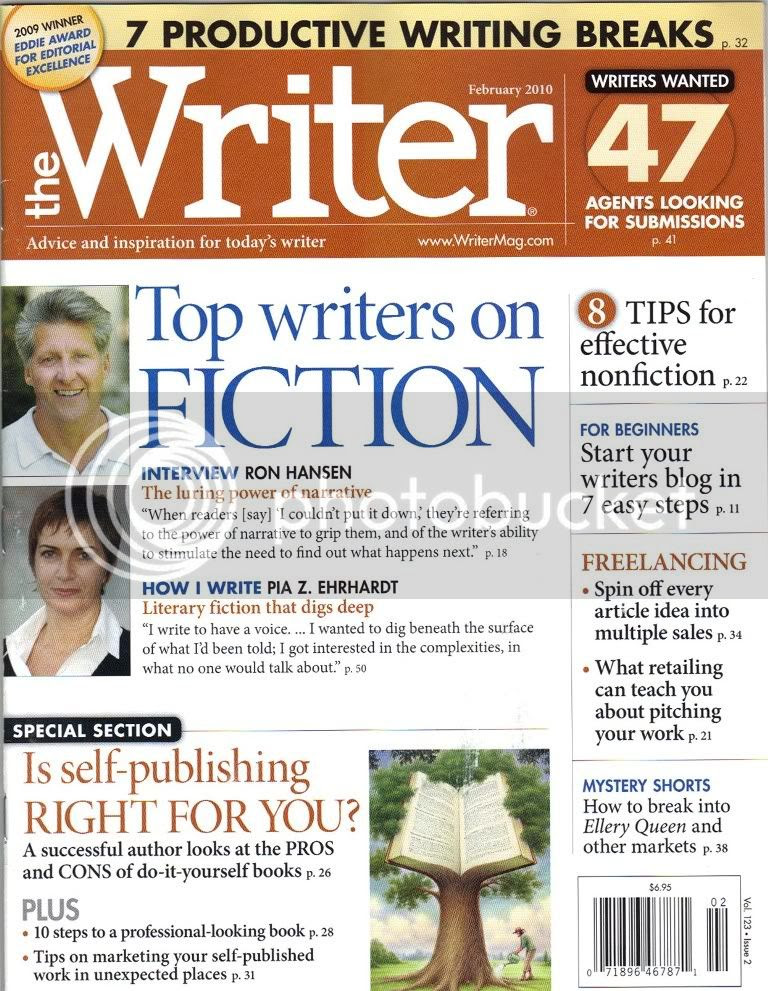 The February issue of The Writer was a bit of a wash this month. Several articles in the issue focused on self-publishing, but I didn't feel they presented the reality and downsides as well as they might have. It's nice to hear about the handful of authors who make it big via self-publication, but hard stats on how many don't make it, how few writers earn back their investment, and exactly how time-consuming and aggravating the self-pub process can be would have provided more balance.

On the plus side, there are the six pages in the back with 47 concise agent listings with the latest contact info, query specs and so forth. It was a last-minute redemption, but it saved the issue for me. 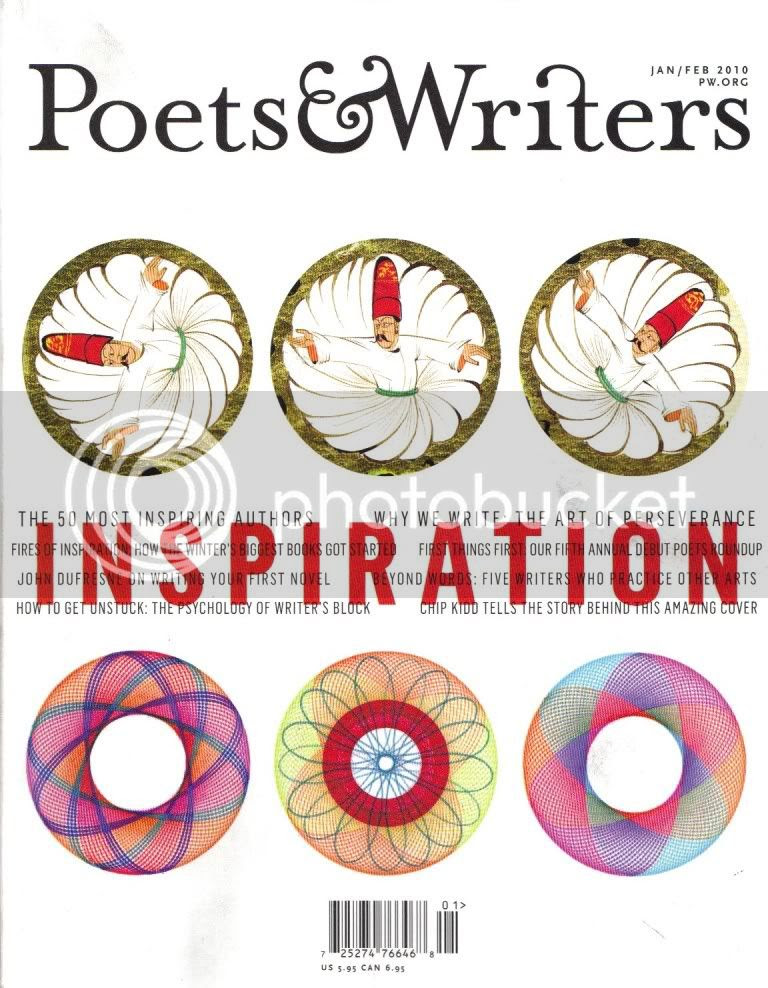 Poets & Writers magazine was also a downer this month, as their Jan/Feb inspiration-themed issue was not at all genre-friendly. Granted, they're celebrating their 40th anniversary, and they're firmly entrenched in the lit pit, but I think genre deserved at least a nod (and of course, I'm prejudiced, but there you go.) I think the pages devoted to congratulating winners of grants and awards should be eliminated entirely. Vanity year book pages were cute in high school; in a writer's magazine they're a waste of good space.

What saved this issue from the trashcan was one article about writer's block by Dennis Cass, How to Get Unstuck (checking P&W's site to see if they have a free copy of it online. And they don't, rats.) Dennis explains the psychology of writer's block from a cognitive perspective, and the exact mechanism of thought that may cause so many writers suffer from it. I'm not a fan of writer psychology, because a lot of it seems to me like dressed-up excuses for Lazyass Syndrome. That said, this is the first time the problem has been defined in such a way that I finally understand and see it as a legit process. I'll also never look at a pair of pliers the same way again.

Regarding the shrinkage of the trades in general, I know most print magazines now are a lot thinner because they're not getting as many advertisers. This is good and bad; I can live without the ads but there are several magazines I don't want to see disappear, and The Writer and P&W are two of them. At the same time, I think both magazines could up the practical quality of their content. So:

P&W: It's all well and good to wax-on wax-off about how wonderful and frightful and life-changing the literary experience is, but enough already. If we want more, we'll just go hang with the laptop coffee shop brigade. FYI on your list of the 50 most inspiring living authors, there are plenty of genre authors who have also shaken up the industry, started trends, created readers where there were none before and inspired innumerable other writers. Off the top of my head: Sue Grafton. John Grisham. Thomas Harris. Linda Howard. Stephenie Meyer. And for that matter, you put Susanna Clarke on your list, but not J.K. Rowling? Not that I mean to be rude, but really, what planet are you guys living on? This eye-to-ceiling whistling you do while you pretend genre isn't in the room is unworthy of you.

The Writer: You've been better than most of the writer trades, so don't blow it now and turn into another Writer's Digest. Please, we beg you. One is already one too many. As working writers we want facts, market info, tools that actually work and a practical GPS for the career. The nuts and bolts stuff is the reason why most writers buy or subscribe to the trades, and now more than ever we need that kind of content. Writers are poor, and we can't afford magazines that don't work for us. So quit with the advertiser-slanted stuff and work for us.

Not that I think anyone is going to listen to me, but just in case Kevin Larimer or Jeff Reich are Googling their names today, there are my two pennies.
Posted by the author at 12:00 AM

Labels: in the trades, writer's block