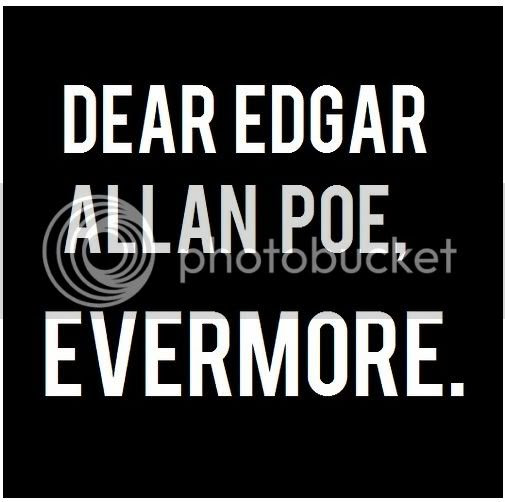 Letters to Dead People, an online blogging project by Celine Song, is exactly what the title says: letters written to the deceased. They're short and sweet, like telegrams to the hereafter, and seem to range from wry to angry to painfully wistful. Every one I've read so far is addressed to a famous person, like the one above to Edgar (and yeah, I'm kind of partial to the wording.)

I can't recall ever writing a letter to a dead writer. For one thing, I like receiving replies to my letters. I have sent letters to a few ailing writers, mostly recently Kage Baker, to pass along encouragement, thoughts and prayers, that sort of thing. When you're in the hospital it's nice to know people care and are thinking of you; I speak from much experience.

If I had to write letters to the writers who have left this world, the ones whose work means a great deal to me, I'd likely pen something long, rambling, filled with awkward gushy fan stuff, earnest thanks, and end with a promise to carry on and pay it forward. But I think I can distill one down to a short version:

Beautiful, brilliant man and writer, you've always nudged me to laugh at myself. Thank you. I wish the wall paper had gone instead.

Now it's your turn: Which writer in the hereafter would you write to, and what would you put in your letter? Let us know in comments.
Posted by the author at 12:00 AM