Now and then I visit Adverblog to see the latest in online interactive marketing. I thought Give It a Ponder, the new LG campaign to educate consumers on thinking before they text, was smart, funny and interesting even to someone like me who doesn't text at all. It was genius to have James Lipton do the videos (that guy always tickles me.)

We still don't have a lot of advergames in Publishing, and I think that's an area of online marketing that needs some serious exploration. Author Douglas Clegg's Isis difference game was great fun as well as a brilliant promo idea. I became addicted to it and played it a couple dozen times and never got tired of it, plus the illustrations made me wonder about the sotry. I think I read somewhere (and forgive me if I'm wrong here, Doug) that half a million people have already played it (Added: via Scribd*, Doug tells me to date 2.3 million people actually played the Isis game. That seriously raises the bar for all author promo games.)

I just downloaded Orchid Games's Christmas giveaway, HeartWild Solitaire, features seven short romance stories incorporated into the game as prizes for winning. The graphics are nice, the background muzak isn't completely annoying, and there's an online top scoreboard you can post your score (not that I think I'm ever going to show up on it; the top score was like 3K higher than mine.) It works on Windows Vista, in case anyone is wondering. 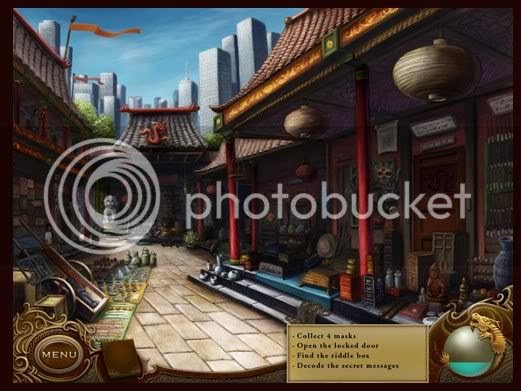 While it's not free, the one game I'm really looking forward to is Tiger Eye: Curse of the Riddle Box, an interactive computer game based on Marjorie M. Liu's novel Tiger Eye (the very first video game to be based on a romance, I believe.) I think the preorder price is great, and if the game interests players in Marjorie's books, it definitely doubles as an advergame.

I wanted to see if I could create my own promo game for free, so I went around to a couple of sites and played with some online game creation generators. The easiest one for me was Fyrebug.com, although the first game I made doesn't work perfectly -- I messed it up, or the game template was flawed to begin with -- but this will give you a general idea of what you can do on your own (warning for people at work, if you start any of the following games they play music):

Added: I moved the games I made over to the stories blog here because they were messing up the front page of PBW. Have no idea why; maybe it was the coding.

Of the three I made myself I liked the WordSearch best because it didn't have a run-down timer, I could customize it with words from my novels, and while it wasn't too simple it wasn't impossible to solve. The slider puzzle was a bit too simple; it only took me 43 seconds to solve it. Of course I made the quilt so I know every inch of what it looks like; someone who wasn't familiar with it might find it a bit more challenging.

If you consider putting together a promo game for your blog or web site, my advice would be to keep it simple, use images versus words or titles (the smaller and more detailed the image, the harder it is to see) and don't make it impossible to solve. If you keep a running high score page or widget I can guarantee you people like me will be back to play again and try to improve our score. Somewhere near the game you should post an excerpt from your latest or upcoming release, a link to an online bookseller site where it can be purchased, and links to other online games by authors.

*Note 9/3/10: Since Scribd.com instituted an access fee scam to charge people for downloading e-books, including those I have provided for free for the last ten years, I no longer reccomend using their service. See my post about this scam here.
Posted by the author at 12:00 AM