The winner of PBW Holiday Giveaway #3 -- Writer Secrets is:

Diane, when you have a chance please send your full name and ship-to info to LynnViehl@aol.com, and I'll get your package out to you. Thanks to everyone for sharing their secrets with us.

When I was a kid my mom often had to work two jobs to pay the bills, and with four brothers and sisters, a grandmother and an aunt in the house Mom struggled just to put enough food on the table. She coped with the financial demands of the holidays by keeping a Christmas club account at the bank, in which every week she would faithfully deposit a dollar. That gave her the enormous sum of fifty dollars to spend on Christmas gifts.

Even in those Jurassic days of my childhood, fifty bucks didn't go far, but Mom was inventive. She also saved S&H green stamps all year and redeemed them for things she couldn't afford to buy, like a hair dryer for my older sister. She baked cookies for weeks to have tins and plates to hand out to friends and neighbors. She covered old coffee cans with colorful contact paper and filled them with slightly-used crayons that I believe she bought in beat-up boxes from rummage sales and thrift stores. To this day I still associate the smell of coffee with crayons. She cleaned up used dolls, fixed their hair and sewed new outfits for them (I can only think of one or two dolls I ever received in a store-bought package.)

What she did best was surprise us. Even as oblivious as kids are, we knew there were certain gifts that Santa couldn't bring us, like new bikes. I don't know how we knew that -- whether Mom dropped subtle hints or we just accepted that we would never get anything so grand -- but we didn't ask. One year I wanted a bike, though, so bad it was all I thought or talked about to my siblings. I didn't ask for it, though. I think I asked for a kite and some art supplies.

I can still remember how shocked I was that Christmas morning to dash out and see a beautiful blue bike waiting for me beside the tree. Shadow (of course I named her) was not new, but she'd been fixed up and repainted. She had rub marks on the handlebars where some rust spots had been sanded off, but she was two-wheeler, with none of those baby training wheels, and fast -- when I rode her, she flew. I spent years on that bike, riding up and down every street in town, falling off and skinning my knees a thousand times, and loving every second of it.

Some of my favorite books bring back to me the wonder of childhood, the thrill of Christmas morning, and the astonishing feeling of being genuinely surprised. It's a bit harder for a story to do that to a writer -- as Laura Kinsale once said to me, we know where all the buttons are -- but a great storyteller can still swing it.

The walloping ending of City of Shadows by Ariana Franklin? Not once did I even suspect that was on the way. The last part of Hannibal by Thomas Harris? Never, in a million years, would I have guessed that turn of events would happen. It's not always surprise endings, either. In Majorie M. Liu's The Wild Road, I got hit with a surprise in the middle of the book -- one I should have seen coming, because I've read entire Dirk and Steele series at least half a dozen times -- but she got me anyway.

I love to surprise my readers, of course, which is why I spend so much time working on keeping the story lines from becoming too ho-hum. I think I've been most successful in sustaining that in my series work. The Darkyn novels have been called a lot of things, but rarely predictable. When my ninth StarDoc novel, Crystal Healer, comes out next year, I think I can almost guarantee my readers won't expect what happens. My editor certainly didn't.

Whether or not you like surprises (don't feel bad if you don't; not all of them are especially welcome, like the surprise birthday party. I also still haven't forgiven Thomas Harris for Hannibal) the thing to remember is that the surprise itself matters, too. Because generally whoever gave you that unexpected gift was thinking of how thrilled you'd be -- and hoping that whatever you weren't expecting would tell you how special you are to them.

For the fifth PBW Holiday Giveaway, I have: 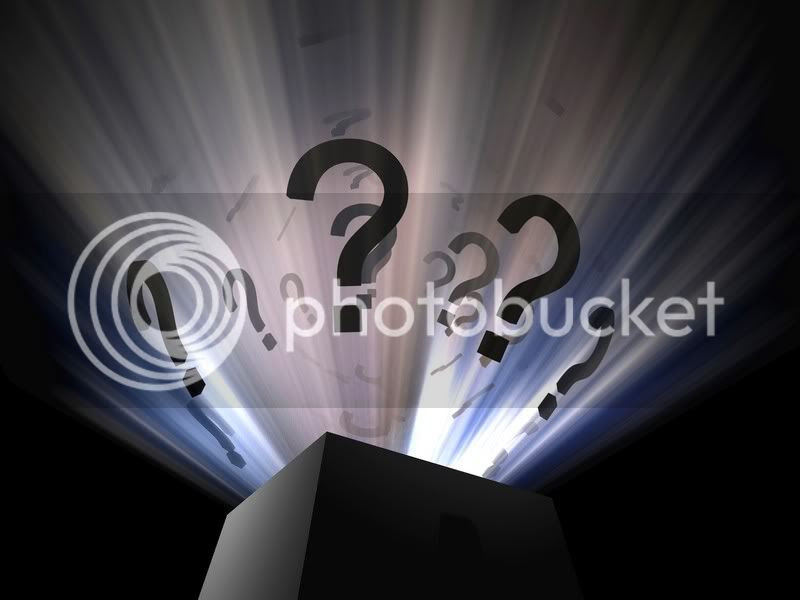 That's right -- I'm not telling you what they are. In the true spirit of Christmas morning, if you win you'll have to wait until the package arrives. Okay, I'll let you shake the box a little: sounds like there are definitely books in there. One sounds like a signed novel of mine. I hear other things, too. Hmmmm...I think that's enough hints, don't you?

To have a chance to win this giveaway, in comments name a story or book that surprised you (or, if you can't pick just one, toss your name in the hat) by midnight EST on Tuesday, December 16, 2008. I'll draw one name at random from everyone who participates and send the winner all eight surprises, plus an extra stocking stuffer -- a signed, printed* copy of my December Darkyn novella e-book release, Master of Shadows. This giveaway is open to everyone on the planet, even if you've won something from PBW in the past.

*Printed by me on bond paper and placed in a three-ring binder.

Photo credit: © Yellowj | Dreamstime.com
Posted by the author at 12:12 AM