The Fabric of Inspiration

In 2007 a friend sent me some specialty watercolors made by LuminArte Inc., which I started playing with while painting. One of the first pieces I painted with them was this one (which I then sent to the friend, as thanks): 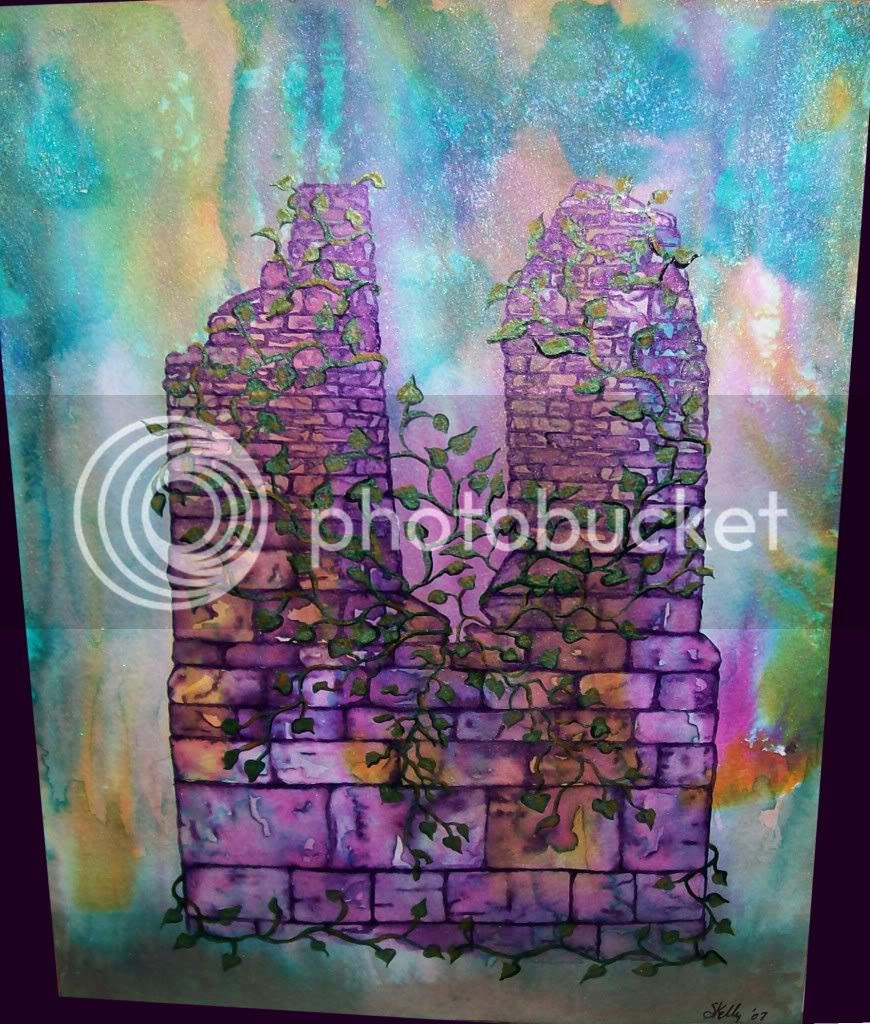 I get mildly obsessed with colors and patterns, and since 2007 I've painted the same concept over and over -- a tower, towers, castle or ruins made of opal bricks -- like this one I mentioned back in May: 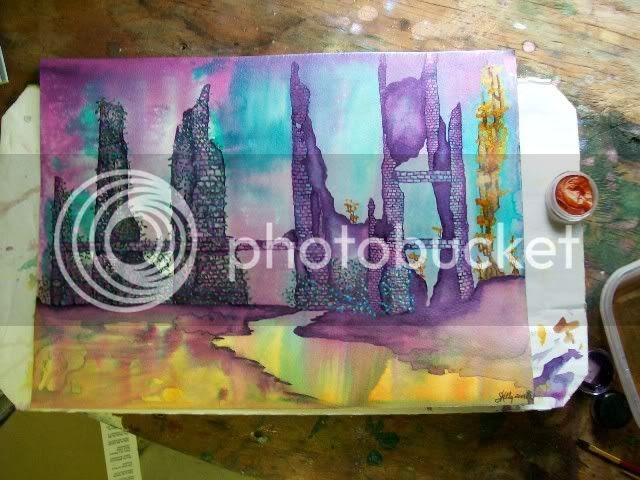 Recently I was at my favorite fabric store, looking for a dark green batik to finish a holiday project, and I pulled about twelve different bolts out to compare colors when I found one bolt with about two yards of this fabric on it stuck in the back of the display cabinet: 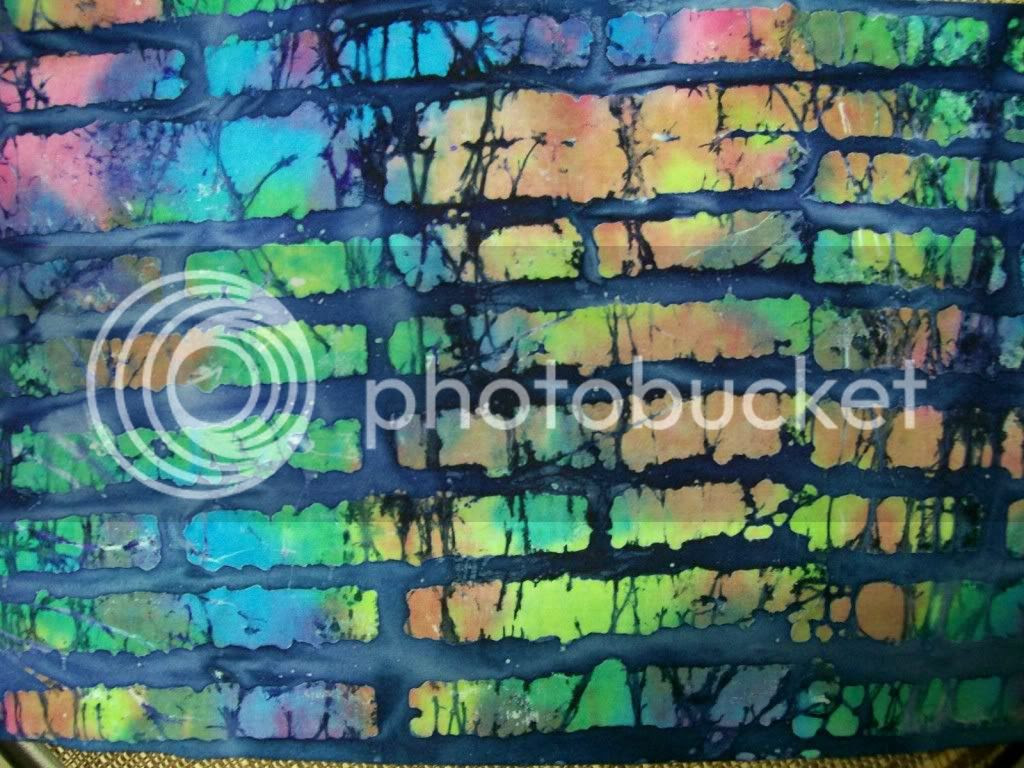 I bought the fabric (how could I even resist?) brought it home and put it on the sewing table. Immediately I began cutting it and making part of it into a book bag -- it just wanted to be a quilted book bag. The rest of the yardage I hung on the wall in my office until the universe figures out what it wants me to make out of it.

I know my watercolor paintings aren't going to set the world on fire, but I'm a little better with fabric. The bag (almost finished) is turning out nicely. The fabric sings through my sewing machine. It pairs beautifully with this deep amethyst broadcloth that I'm using to line the bag. It dances in front of my eyes. It's even started telling me stories I need to write. I can only work on it an hour a day or inspiration intoxication would hit me and I wouldn't leave the sewing table until someone dragged me away.

This is what writing is like for me -- why I don't talk about this part of it very often. When you try to explain your inspiration, or your process, or your joy in creation to others, it generally sounds like this. Like you're a little nuts. And writing is like having an entire store filled with hundreds of bolts of fabric in your head that you've been painting for years before you even saw them or tried to make something out of them.

Whatever anyone says about the fabric of my inspiration, it came to me. It belongs to me, but it's also up to me to make something out of it. Something that makes me deserve finding it and having it. When that work is finished, then I can show it to the world, and hopefully the job I do is good enough that they'll see what I saw, and feel what I felt, and know what I knew.

(Btw, whoever wins the auction for my Darkyn novels will receive them in the book bag I'm making with this fabric. Seems like the perfect thing to do with it.)
Posted by the author at 12:00 AM