Today I celebrate my tenth anniversary as a professional novelist. Since 1998 I've written fifty-two novels, sold and/or published forty-four of them (four are currently in various stages of production), and accomplished three out of the four major personal career goals I planned to pursue ten years ago (I'm about six-eight months away from reaching the fourth, final goal.)

Ten years ago I also sold this article about the near-disaster that resulted in my first contract. I hardly recognize that goofy, hopeful writer I was, but I'm glad I was able to laugh at myself even back then. That turned out to be quite helpful over the next decade.

It's a nice coincidence that the official/final version of the cover art for Stay the Night arrived in my inbox today: 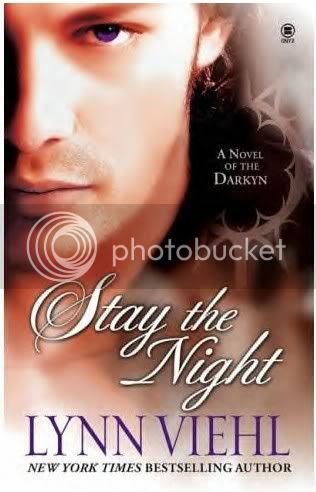 That line under my byline on the cover was my third career goal, the one I was never supposed to achieve, the one they told me to forget about, that like the rest of my goals would never happen to someone like me, etc. It's a nice wrap-up for this ten years in the biz.

From here? Onto the next ten. Or Paris. What would you do?
Posted by the author at 12:00 AM