If you haven't read the diverse and imaginative comments from everyone describing what they saw in the mystery art image, you should. This experiment demonstrated exactly what people can see when they keep their minds open and their imaginations active (and it will also become part of a class that I teach on creativity at various public schools.)

Before I show you exactly what the image is, I will tell you now that I misled you a little. The image is not of an art object, at least, not deliberate art. It is an ordinary, utilitarian item that was transformed by the creation of art.

The mystery image began life as one of these: 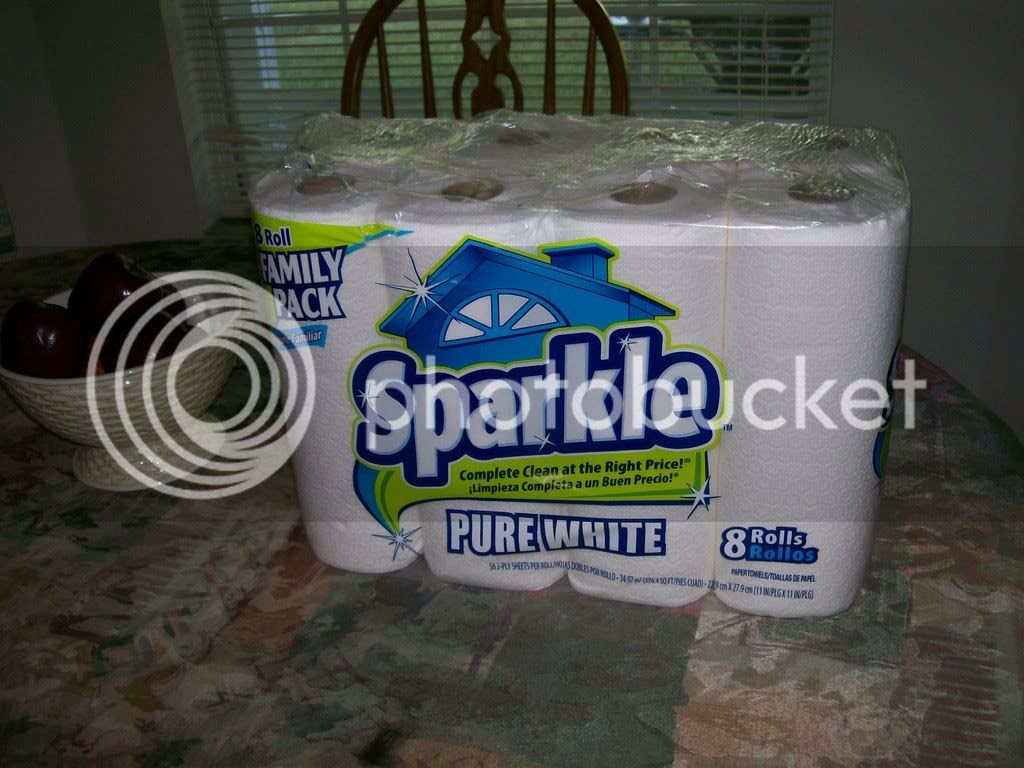 I separated from others like it for a purpose, namely, to deal with some of life's more interesting messes. 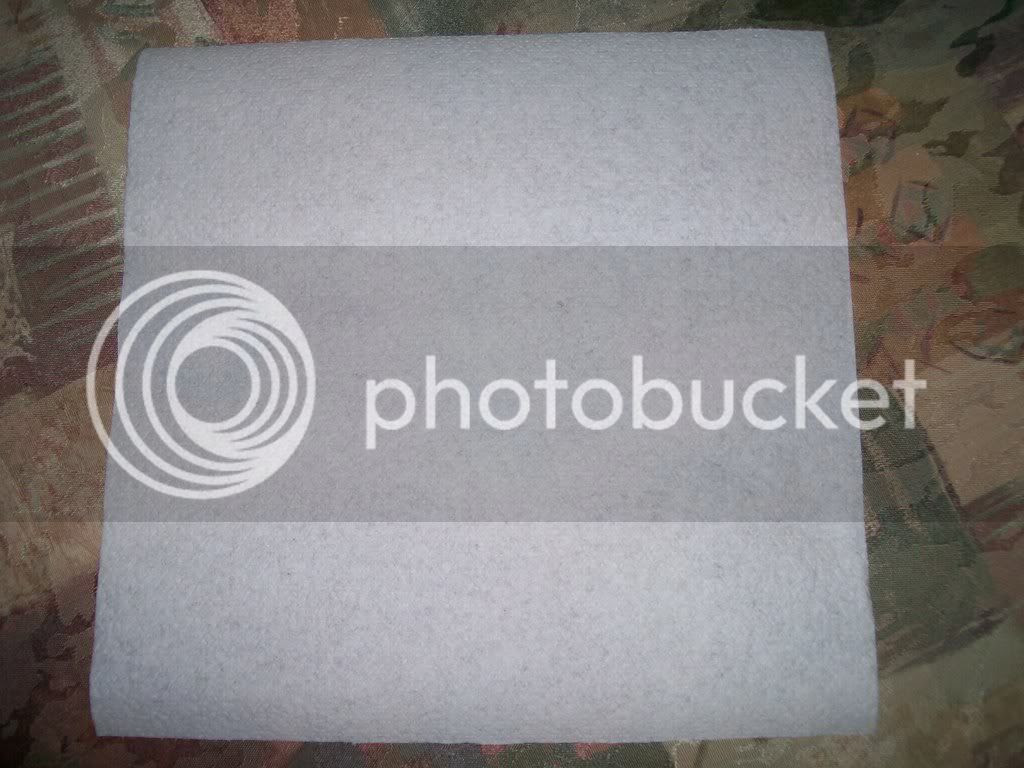 At first it just sat there, blank and boring. 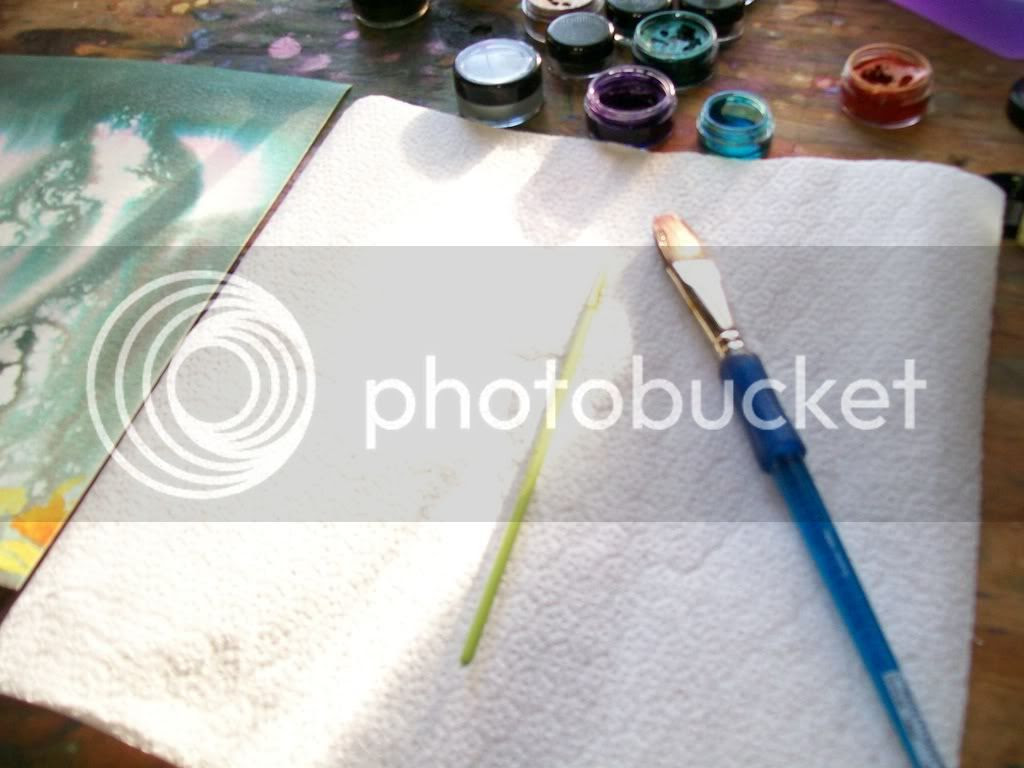 But as soon as it went to work, it began to absorb everything it was exposed to: 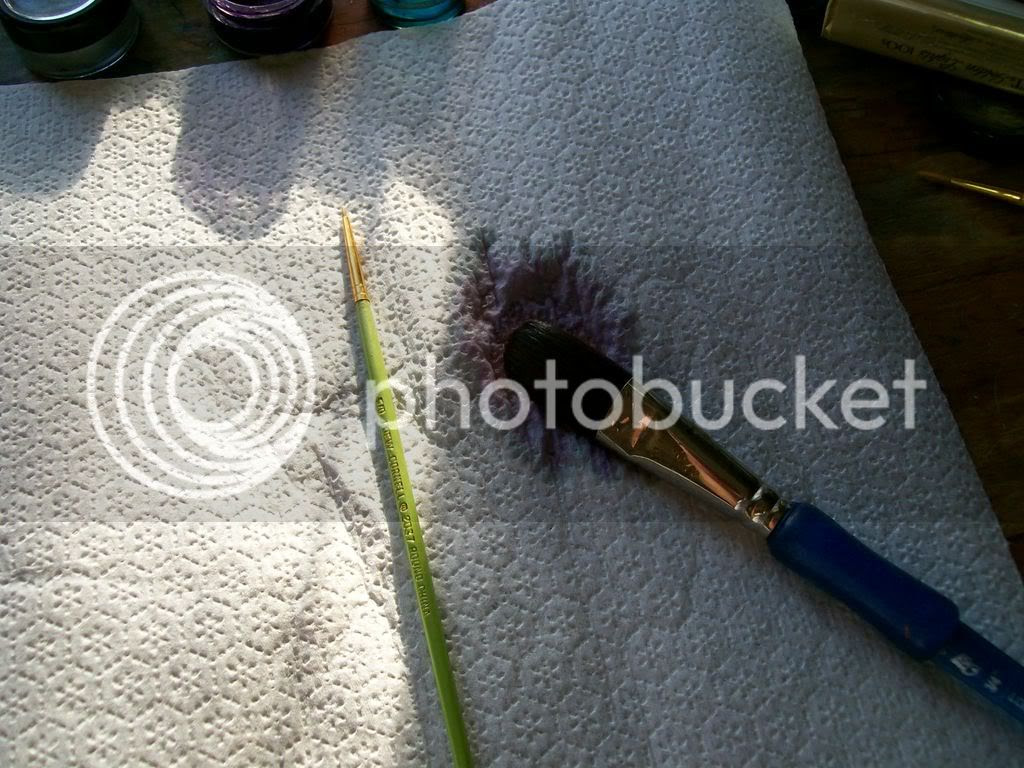 What it absorbed stayed with it, and began to change it. 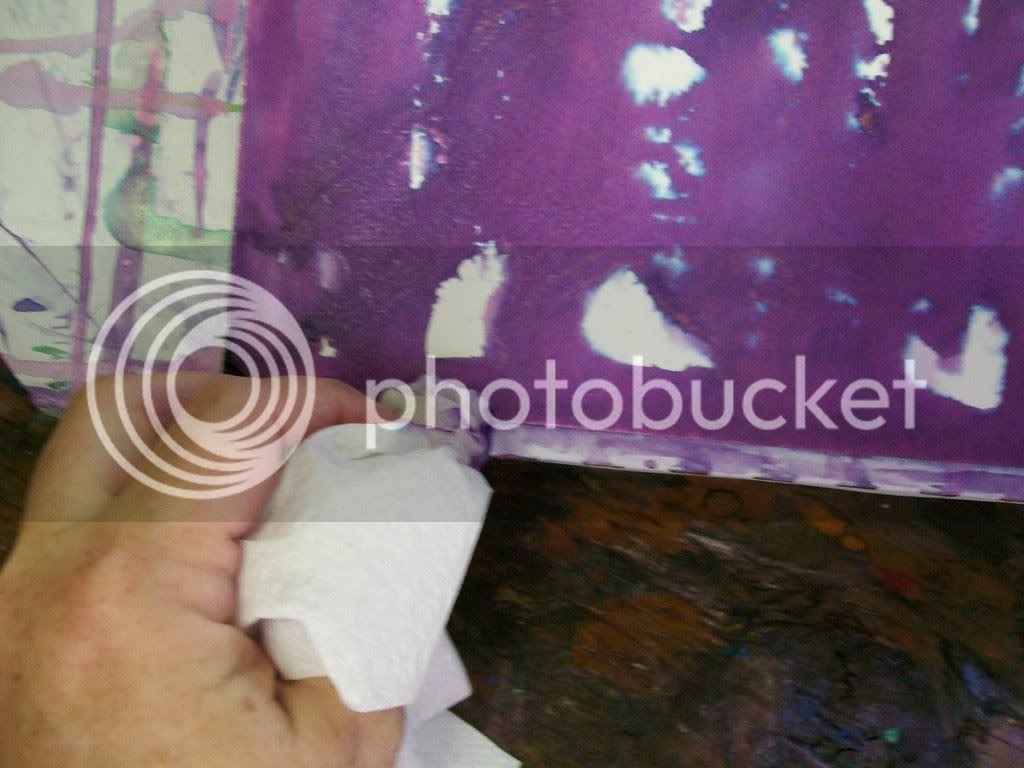 It's hard to see such a gradual thing happening, unless you put it with others like itself in various stages of the same transformation. 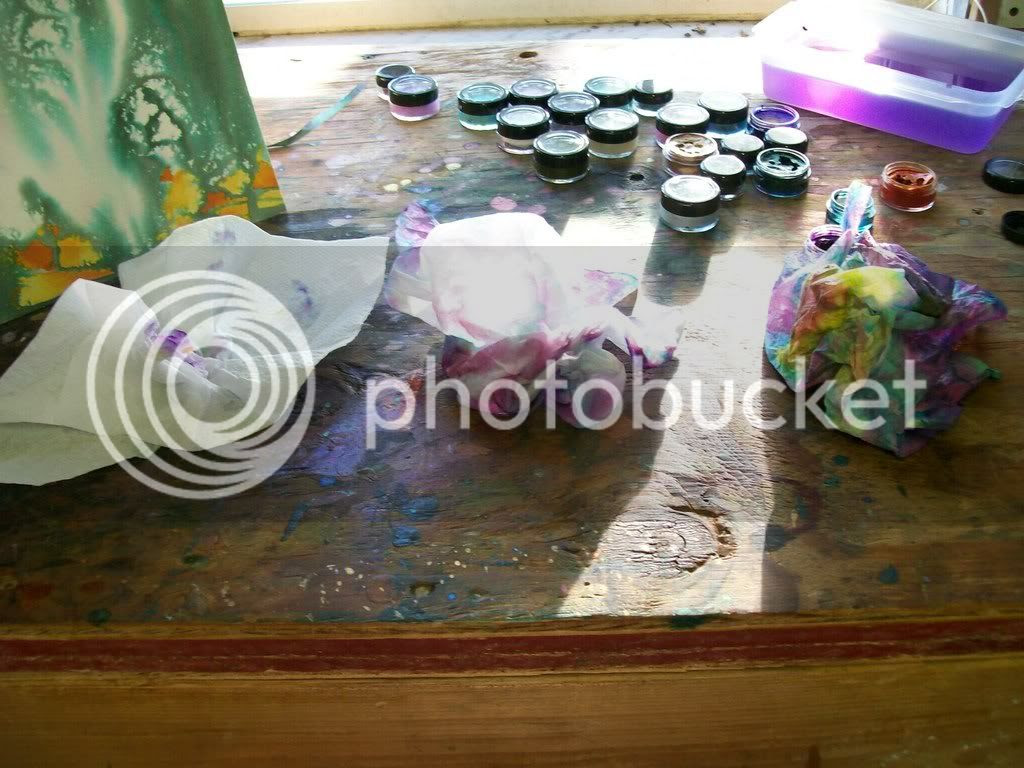 Finally it had absorbed so much from the process of creation that it grew to be than what it was. I hung it up on my cork board and stared at it for a long time, until I'd sorted out what I was seeing. 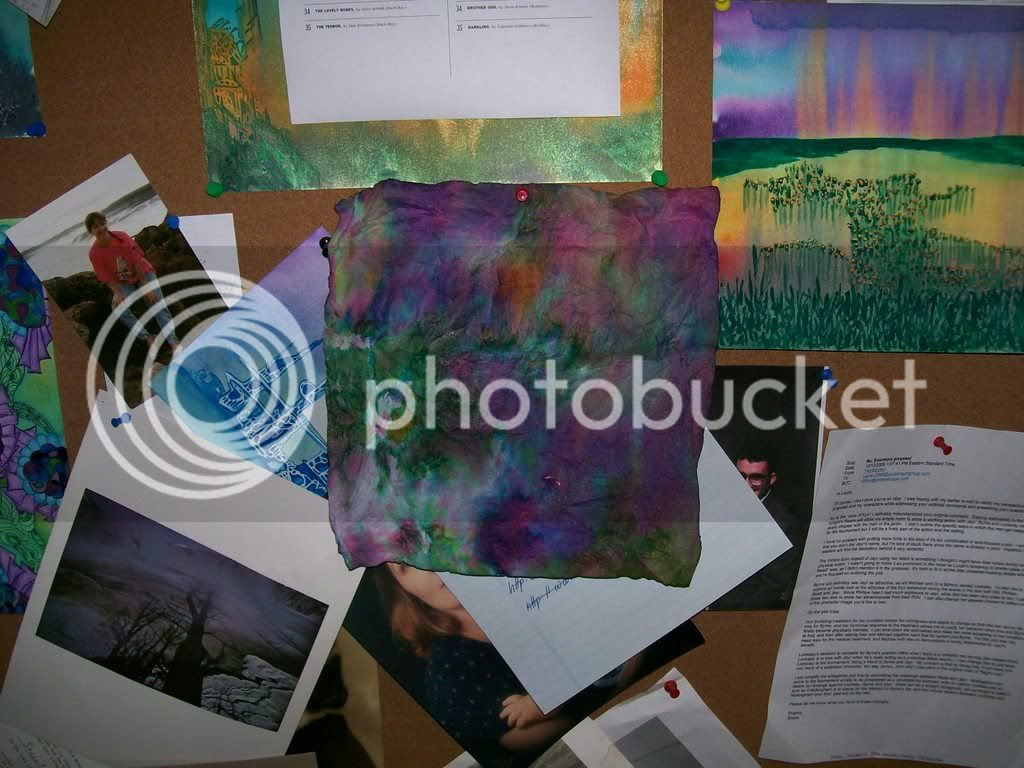 Even something like a well-used paint rag can become a small universe of possibilities, all open to countless interpretations (as you all so wonderfully demonstrated.) When I look at it, I connect with it on multiple levels. I recognize the colors from the Darkyn book covers, the fire inside a dark opal, the sunlight shining through a Tiffany window, and how I imagine the colors of Marco's eyes. I also remember how much paint I dripped on the work bench over the last week.

Looking and connecting, recognizing and remembering, all important things. But when I look at this image, what I see is you. 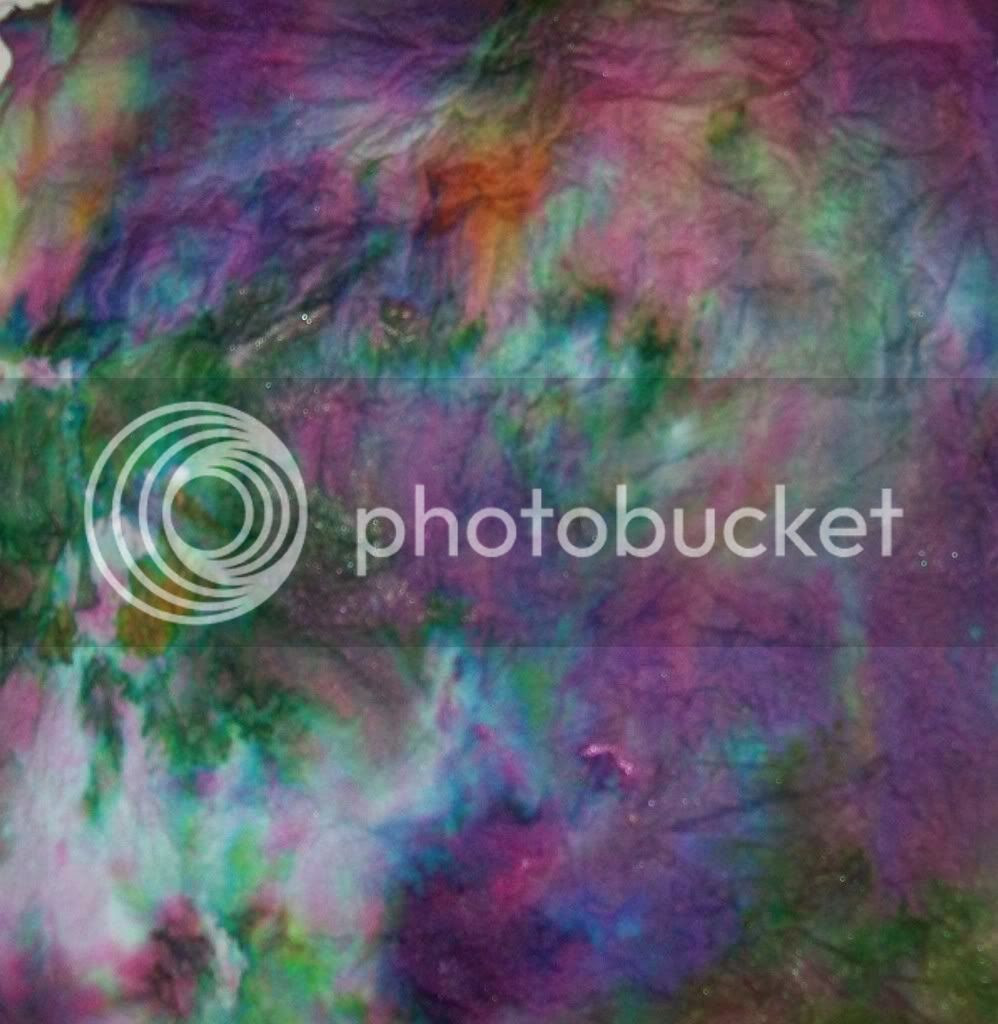 The winner of the Mystery Art giveaway is Lainey, who wrote: Northern/Western Hemisphere as seen through southeasterly variously colored movement. Lainey, when you have a chance, send your BookWish details, full name and ship-to address to LynnViehl@aol.com and I'll wave the magic BookWand and get your prize out to you.

My thanks to everyone for joining in.
Posted by the author at 12:40 AM