Way of the Fledgling 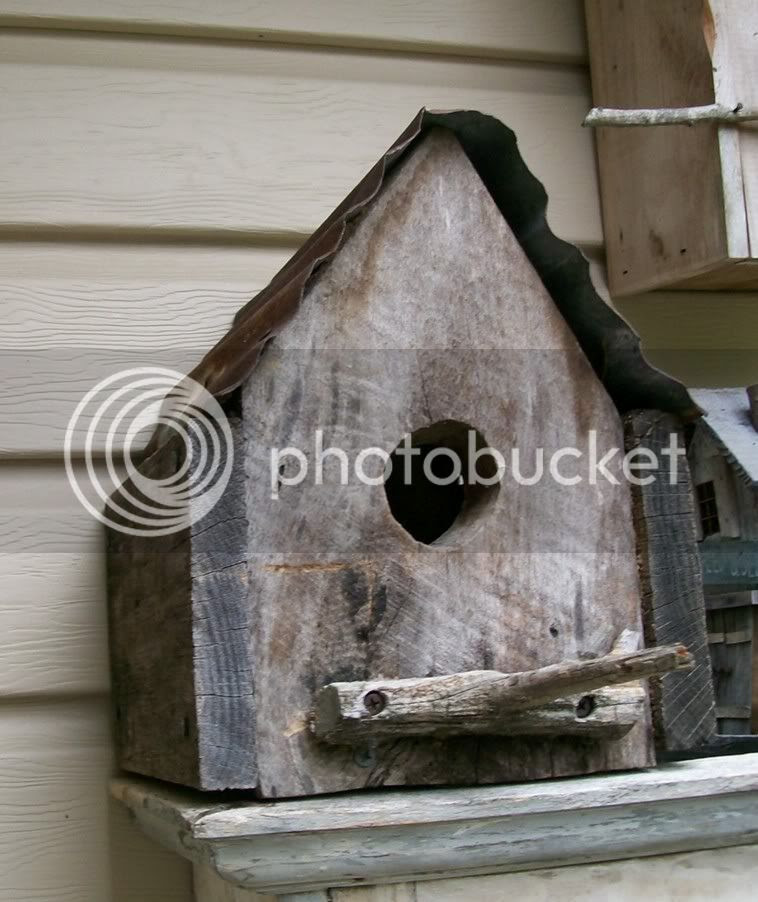 Our last batch of baby birds left the birdhouse before I could get a picture of them all grown up (Mama proved quite skittish, so we mostly stayed off the porch and left them alone.) About a week after the babies left, another couple of neighborhood brown-gray birds with yellow bellies moved in (the male is the one we call Elvis; as he has a little pompadour of feathers on his head, so naturally we christened his new mate Priscilla) and had their own set of triplets. 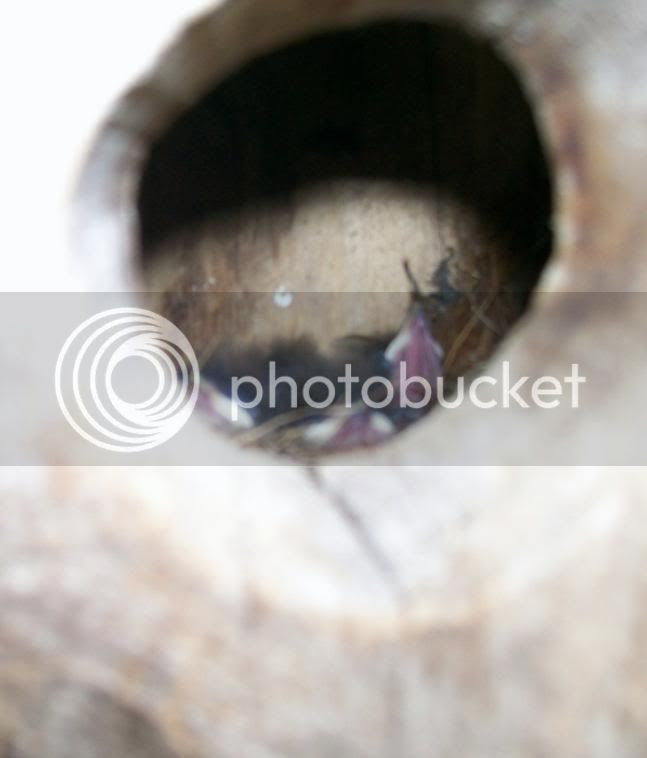 The birds were cautious but didn't seem to mind our presence as much as the last batch, so we took to watching them every day. Both parents spent hours and hours every morning and afternoon bringing bugs and other goodies to the kids, who grew very big very fast. I found a few pieces of molted snake skin on the ground below the house, but nothing tried to move in or raid the nest for a snack this time around.

Tonight we went out to check on them and found one baby had already flown from the nest. We dubbed the missing chick The Overnight Success Story. 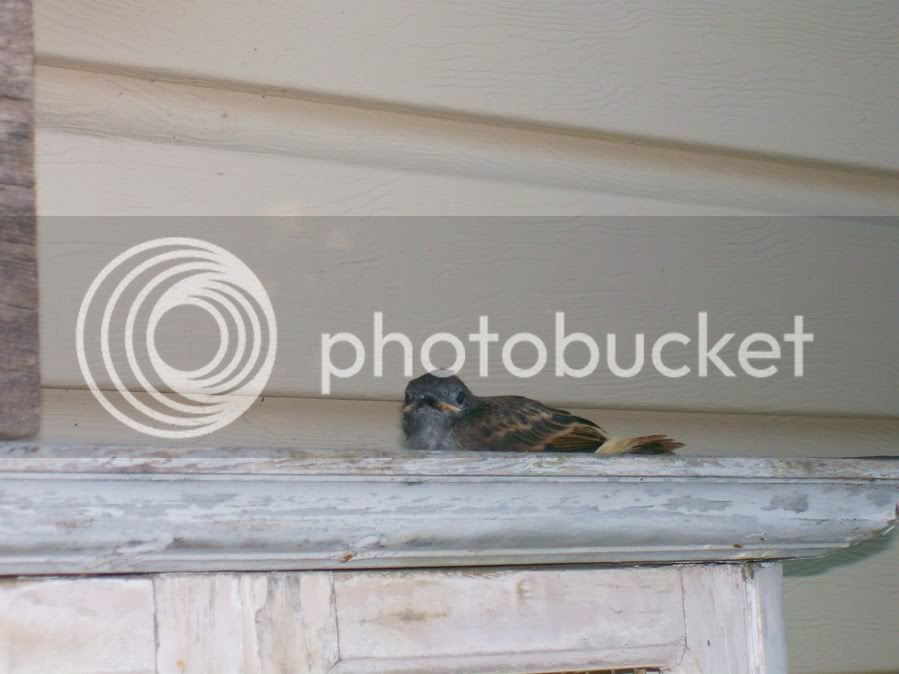 A second sib flew out while we were watching, stopped to rest on a thin branch of my Japanese maple, and then flapped over to the pine trees. Baby #2, The BreakOut Flyer, was gone a heartbeat later.

The third finally came out, stretched his small wings, jumped and dropped like a brick straight to the ground. He recovered, and then flew straight into the wall of the house before falling behind one of the porch chairs where he huddled, as stunned as we were, I think. My guy very carefully retrieved him and I looked him over to see if we needed to make a run to the wildlife center. He didn't appear to be hurt. 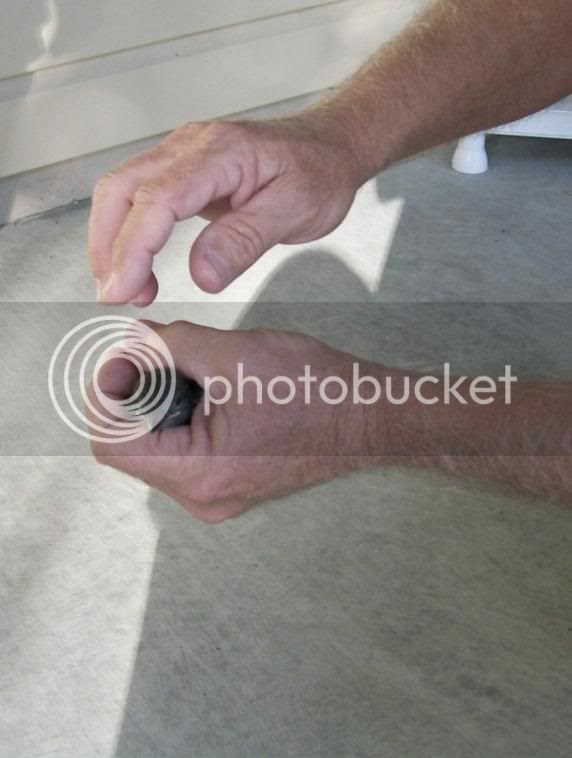 Baby wasn't afraid of us, but I think he was tired of banging into things, because he sat on my guy's hand, apparently quite content and totally uninterested in trying to fly again. I almost named him The WashOut, but that seemed mean and unfair. Maybe he hadn't given up, maybe he was just taking a break to rethink this whole flying deal. 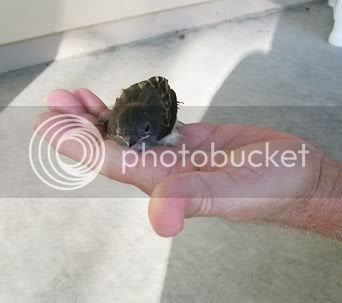 Just as writers have to write, birds have to fly; it's their nature. While we loved being close to something so new and perfect and wild, we knew we had to let it go. Our daughter, the animal expert, knew what to do, and carried baby away from the house and us into a clearing at the back of the property where there were no obstructions or distractions. 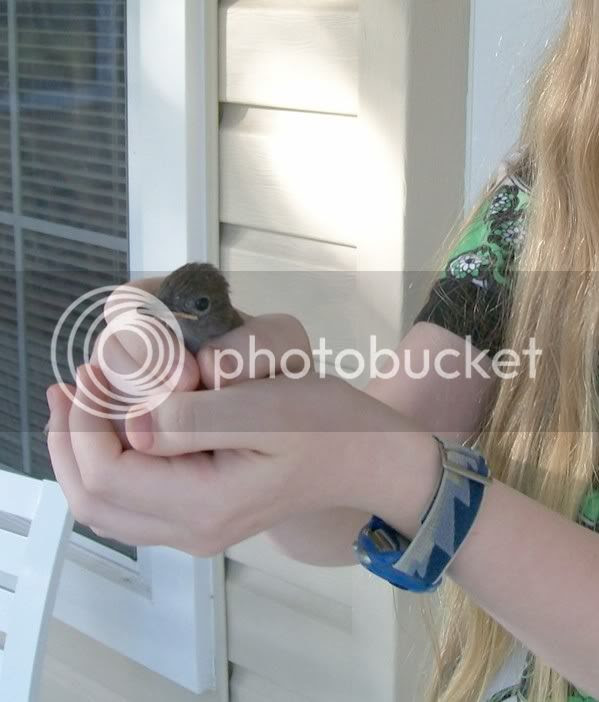 After our daughter left baby there, he sat for a few seconds, and then without warning stretched his wings and took off like a rocket -- too fast for me to snap a shot. This bird, who a few minutes ago couldn't fly five feet to the ground, who got turned around in the wrong direction and smacked his head into our house, flew. He flew up, up, up. He flew twenty yards, fifty, a hundred. He flew across an entire acre without hesitating or stopping or dropping or smashing into anything. He flew for only his third time, and this time he did as well as if he'd been doing it for years.

That's when I knew what his name was: Valiant.

Later we did see him with his parents and his two siblings in the labyrinth of old oak tree branches in our neighbor's yard. We know their song, and as the sun set we sat on the porch and listened to them calling to each other.
Posted by the author at 12:00 AM