The orb weaver living between my oak and Japanese maple trees has graciously agreed to help me out with today's topic by serving as an example of a story character. So if spiders creep you out, you might want to skip this post.

When most people first encounter someone in a story they tend to see the character like this: 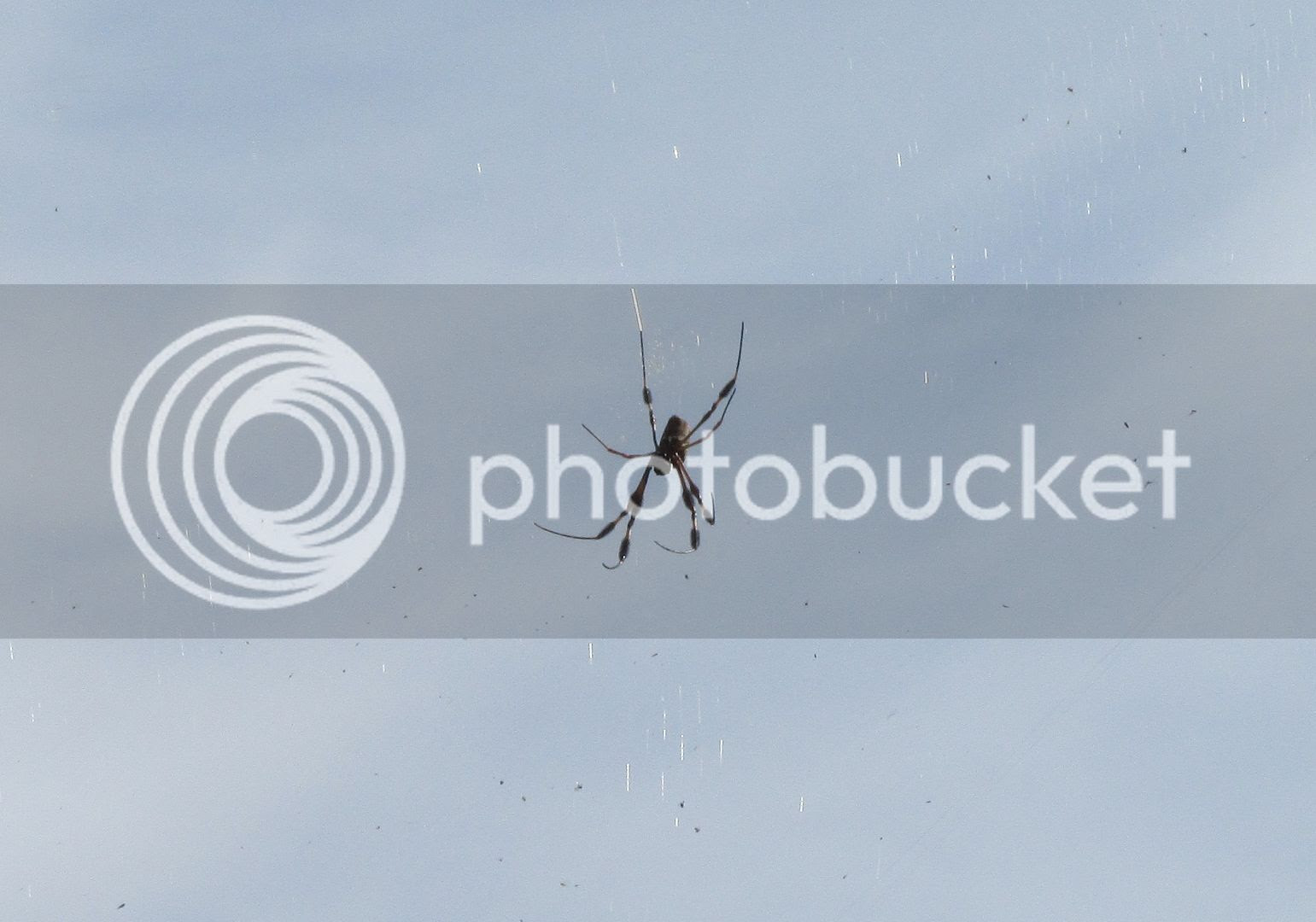 This is as it should be (at least, how the reader's first impression of the character should be.) Because we're a very visual species, and books generally don't have any pictures in them, characters are usually introduced in such a way that readers can easily envision them.

For the writer, however, there should be more to the character than simply their appearance. For us, the character should look like this: 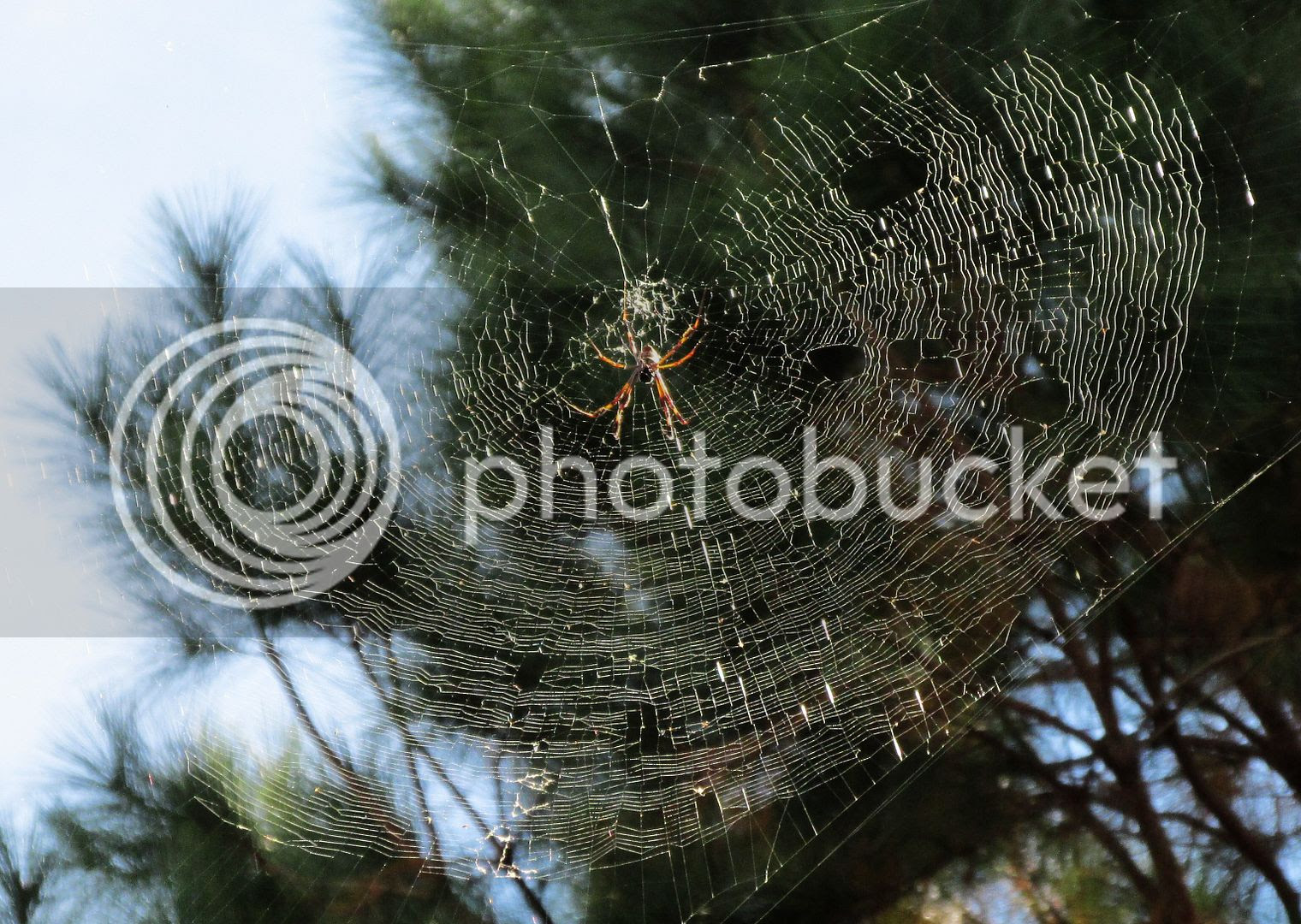 Yes, this is the exact same spider; I simply took the shot from a different angle.

Great characters don't pop out of thin air to hang around the story and do nothing more than show off how terrific (or terrifying) they look. A character is a fictional construct of a person, which means there should be a lot more to them than simply physical appearance or story placement. Like a spider, a fully-realized character is surrounded by a web of interconnecting threads; instead of being made of silk these threads are created from personal history, education, health, life experience, hates, disappointments, loves, ambitions and everything else that goes into making people who they were, who they are and who they want to be -- as well as what they do. So how does a writer build a character web that provides the proper amount of support and dimension? Lots of ways; just do a search on characterization and you'll probably find a zillion different answers. What I notice most about how other writers characterize their crews is by relying on elements in the character's occupation and/or backstory. This is not wrong, either; what we do for a living and our personal history does contribute to who we are -- but there is a lot more to us than our jobs and our past. If there wasn't I'd simply be characterized as a crippled writer, and not a partner, mother, daughter, sister, friend, USAF veteran, artist, quilter, volunteer, cancer survivor, jewelry-maker, blogger, teacher, student, animal lover, mentor, photographer . . . get the picture?

Here are fourteen different elements I often use to better weave my character webs: 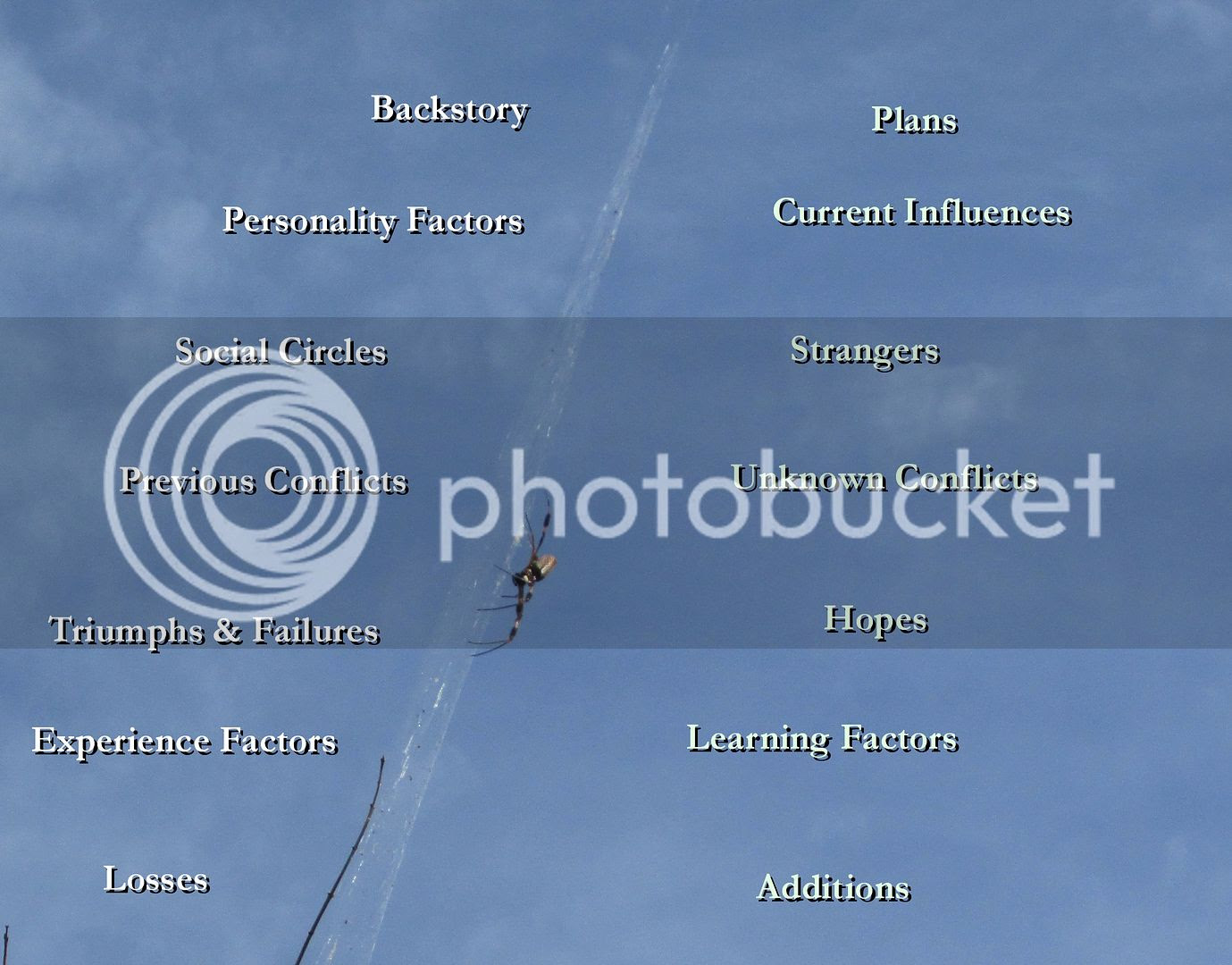 To escape heavy dependence on backstory, consider how the present and the future is shaping your characters. If you're wondering how the future factors in when it hasn't even happened yet, ask anyone who has ambition, hopes or dreams to tell you how they affect them now. Are they going to school, saving money, following a five-year plan? Have they committed recently to a monogamous relationship that they feel may become permanent? Are they considering relocating, starting a business, inventing something, breaking off with someone, acquiring something they've always wanted? Now think about your character -- what are they doing about those things now? How is it changing them as people?

Opinions vary on how much we need to put into characterization, and again there's no right or wrong. Whatever elements I draw on, I always try to know enough about my characters to make them come alive on the page, so my characterizations tend to be as involved and detailed as my world-building. Everything I know about them doesn't make it into the story, either. All the knowledge that the reader never has access to is really more to guide me while I'm writing and get me into the character's head.

Okay, writers, your turn: What are some of the elements you use for your characterizations? Let us know in comments.
Posted by the author at 7:00 AM