Now that I can see well enough to read things, I'm catching up on some on-hold projects, such as sorting out and deciding what to do with the leftover ATCs from my 1000 Cards Project. I gave away about half of the cards at our MegaCon booth back in March, but I still have to do something with the other 500.

While dividing the remainder into what I want to keep, and what I'll part with, I did find one ATC I'd completely forgotten about: 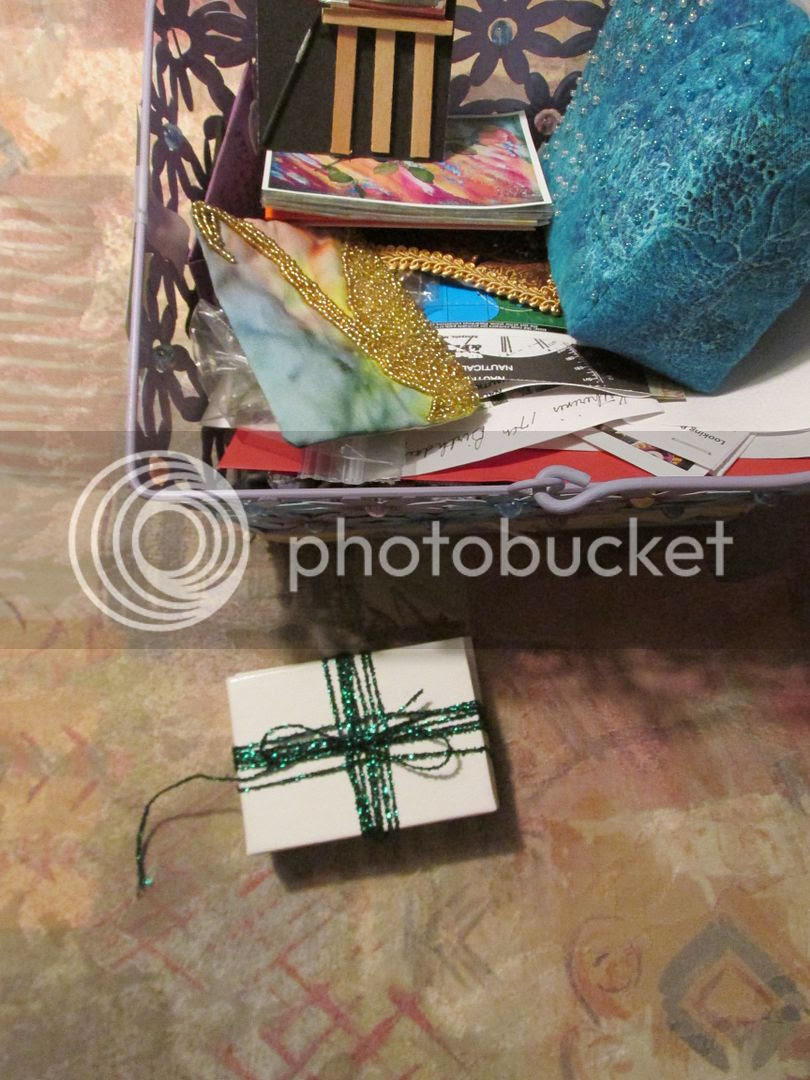 So what's inside? I don't know. I can't remember what I made to put in the box.

There is something in there, however; when I shake it I can hear chain rattling. I also checked my personal journal from that particular month, and while I don't mention exactly what I made for #576, I did write that I was working on some steampunk ideas. Knowing me it's probably a pendant or bracelet of some sort, fashioned from something I found around the house and upcycled. I don't want to open the box and sneak a peak because I really did make it to be opened by someone else.

Would you like to be that person? In comments to this post, name something forgotten or mysterious that you've found in the past (or if there are no mysteries in your life, just throw your name in the hat) by midnight EST on Monday, October 6th, 2014. I'll choose one name at random from everyone who participates, and send the winner #576 along with a signed copy of any book I've written that is still in print. This giveaway is open to everyone on the planet, even if you've won something at PBW in the past.
Posted by the author at 7:00 AM